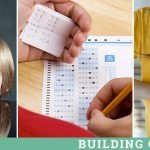 Parents rate honesty as the quality they most want to teach their children. We asked the experts for their best advice for raising honest kids.

Brace yourself for the cold, hard truth: all kids lie. They do it for many of the same reasons adults do: to avoid getting into trouble, to avoid hurting another person’s feelings, or to make themselves look better. The ability to tell a lie develops early — as young as 2½ for some kids — and it’s a normal and important stage of kids’ cognitive and social development. By age 4, all kids lie; by age 6, some estimates are that kids lie as often as once an hour. (And if you’re thinking, ‘Not my kid!’ note that research shows parents score little better than chance in determining whether or not their child is telling a lie!)

How can you convey to your preschooler the difference between the truth and the whoppers she tells you about her day? Or teach your elementary school-aged child that it’s better to come clean about having made a mistake? Or get your teen to be honest with you about where they were on Friday night? We asked experts — researchers, child development specialists, and psychologists — for their advice on teaching kids the value of honesty at every stage.