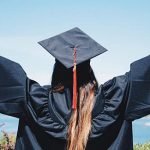 Research shows students are more likely to go to college when these factors are in play.

Research unequivocally shows that the deck is stacked against low-income and minority kids when it comes to access to higher education. Students from wealthy families are more than eight times more likely to earn a bachelor’s degree by age 24 than students from poor families. Here are four factors that research has shown may help students beat the odds.