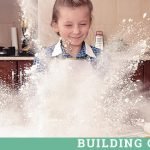 Are you unintentionally stifling your child’s drive to learn?

You want your child to be curious, right? Of course you do! After all, curiosity is the drive to gather new information and experiences and it’s at the very heart of learning. Studies show that kids who exhibit a higher level of curiosity are at an advantage at school and beyond, benefitting socially, emotionally, psychologically, and intellectually.

Whether it’s your toddler furiously exploring every inch of their new world, your 5-year-old asking “Why?” about everything, or your tween becoming myopically obsessed with the goings-ons of their peers, curiosity is an inherently human trait. It’s fueled by dopamine, the same reward-seeking neurochemical that’s behind the desire to eat and procreate.

In younger kids, information-seeking abounds. One study found that between the ages of 2 and 5, kids ask about 40,000 questions. But as kids get older, this insatiable desire to know can lose some of its urgency.

“What begins as a robust trait becomes more fragile over time,” says Susan Engel, a professor of psychology at Williams College and author of The Hungry Mind: The Origins of Curiosity in Childhood. “It’s shaped by experiences with parents, teachers, peers, and the learning environment.”

Just as curiosity can be successfully fostered in any child, says Engel, it can also be squelched, often by the very well-meaning adults tasked with educating them. In fact, she points out, research shows that “kids whose intrinsic curiosity is comparatively low are the ones most sensitive to social cues that inhibit or encourage exploration.”

While no parent or teacher would purposely set out to thwart a child’s natural inquisitiveness, they often do so unwittingly. Curious to find out how grown-ups discourage curiosity (and conversely, how they can foster it)? Here are nine sure-fire curiosity killers and how you can avoid them.