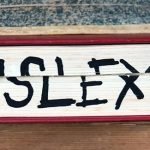 A conversation with Sally Shaywitz, M.D., author of Overcoming Dyslexia

Q: What is dyslexia?

A: Dyslexia refers to a difficulty in learning to read in a person who has good intelligence, strong motivation, and who has received appropriate teaching. Logic says such a child or adult should have learned to read and yet he or she has not. And so dyslexia represents a paradox, particularly in our society where reading ability is often taken as a proxy for intelligence and it is assumed that if you are a good reader you are also highly intelligent and if you struggle to read you must not be so smart. Dyslexia violates that assumption because people who are dyslexic are both highly intelligent and struggle to read. It is exciting that scientists now understand exactly why otherwise smart children and adults can have trouble reading and know how to help them. There are now highly effective methods for diagnosing and treating children and adults with dyslexia at all levels and all ages.

Q: What are the most common misconceptions about people who are dyslexic?

A: Perhaps the most common myth about dyslexia is that people who are dyslexic see words backward (“dog” as “god” or “was” as “saw”). This assumption is wrong. Another myth is that children outgrow reading problems. They don’t. This means that it is imperative that dyslexia be detected early and treated seriously. A third myth is that dyslexia affects only (or mostly) boys. In a study published in 1990 in the Journal of the American Medical Association, we demonstrated that dyslexia affects comparable numbers of boys and girls. A fourth myth holds that people who struggle to read are not very smart. On the contrary, some of the very brightest boys and girls struggle to read. Dyslexia occurs at all levels of intelligence, average, above average, and highly gifted. The writer John Irving and the financier Charles Schwab are both dyslexic and I have included their stories in Overcoming Dyslexia not only because they dispel myths about dyslexia but also because they provide wonderful examples of how boys and girls who struggle can become highly successful men and women. A fifth myth is that dyslexia only occurs in languages that use the alphabet and so it does not occur in countries like China and Japan whose languages are logographic (based on characters or pictures). Studies have shown that reading problems are as prevalent in these countries as they are in the United States and that struggling readers in China and Japan tend to make the same types of phonologic or sound-based errors as do their counterparts speaking English or other alphabetic languages.

Q: At what age can signs of dyslexia first be detected? What are the early warning signs?

A: Today, most children who struggle to read are not recognized until third grade, though some are identified earlier. Many more go undetected until much later. Some are not identified until they are adults. Scientists have discovered that almost all cases of dyslexia reflect a problem in getting to the basic sounds of words. Children who are dyslexic are unable to attend to the individual sounds (called phonemes) making up all words. For example, the word “bat” has three phonemes – b – aaaa – t. It is important for children to be able to detect the individual sounds making up a spoken word because that is how they go about solving the reading puzzle.

In Overcoming Dyslexia I review, step-by-step, how children learn to read and which signs tell a parent that a child is not on track for becoming a reader. The earliest clues can come from listening to a child’s spoken language; a mild delay in learning to talk or a difficulty learning words that rhyme are often very early indicators of a possible reading problem. A little later, difficulty learning the names of the letters of the alphabet and then the sounds of the letters may be signs of an imminent reading difficulty. But once these vulnerabilities are identified there are now scientifically proven early reading programs that bring a child up to speed and allow her to catch up to and keep pace with her classmates.

Q: What is the most important thing a parent can do to help her dyslexic child?

A: A knowledgeable and proactive parent is often the critical factor responsible for transforming an unhappy struggling reader into a happy, proficient one. A parent plays a determining role in ensuring that her child: 1.) is accurately and promptly diagnosed; 2.) is provided reading programs that are scientifically proven to work; and 3.) develops a lasting positive sense of himself. The critical factor is the child’s sense he can succeed. I believe it is essential to find the time to develop and nurture a child’s strengths — in athletics, drama, whatever — to view himself as a competent individual.

Q: If your preschooler’s birthday is close to the cutoff to start school, should you delay sending him to school for a year to give him more time to develop?

A: Research studies have shown that delaying kindergarten entry for a year does not help a child scholastically or emotionally. The idea of a “maturation lag” is not supported by science. To the contrary, research has shown that if a child seems to be behind, it is critical that he receive help as soon as possible.

Q: How can you distinguish between a child who is struggling to read because of dyslexia and one who has difficulties because of some other problem (i.e., a different learning disability or an emotional problem)?

A: The hallmark of dyslexia is an unexpected reading difficulty in a child who seems to have all the equipment (intelligence, verbal skills, motivation) necessary to become a reader. In such children we expect to see difficulties getting to the sounds of words, and at the same time, strengths in other areas of language such as the ability to understand what she hears (as opposed to what she reads). The diagnosis of dyslexia is made mostly by the history as well as by observing the child read and analyzing his performance on tests of reading and language. Older children and adults who are dyslexic demonstrate a lack of fluency, that is they read slowly and with great effort. This is in contrast to others, who with the same degree of education, read not only accurately but quickly and effortlessly. And so, slow reading, requiring extra time on tests, and finding reading extremely tiring are the hallmarks of dyslexia in a bright young adult. It is exceedingly rare that an emotional problem is responsible for a reading difficulty; more likely, unidentified and untreated dyslexia gives rise to frustration and anxiety.

Q: You note that there are actually some benefits to being dyslexic. Please explain.

A: I conceptualize dyslexia as a weakness (in getting to the sounds of language) surrounded by a sea of strengths (conceptualizing, thinking out of the box, seeing the big picture). Dyslexics think in new and original ways. As I explain in Overcoming Dyslexia, revolutionary brain imaging technology shows dyslexics use different pathways; for reading, this presents a problem; for thinking creatively, I believe, this presents an extraordinary opportunity. Some of our greatest and most talented writers are also dyslexic (John Irving, Wendy Wasserstein, Stephen J. Cannell, John Grisham, Richard Ford). In Overcoming Dyslexia, you will read about Nobel Laureates and some of our most creative scientists and physicians who are also dyslexic.

Q: Was there a common thread to the experiences of these very accomplished people?

A: These all had two things in common: first, few would have predicted their ultimate success; second, in each instance there was someone — a parent, a teacher, a coach — who truly believed in him and who helped him to develop a passionate interest in an area in which he could find success. For writer John Irving, it was his wrestling coach; for playwright Wendy Wasserstein and novelist Stephen J. Cannell, it was a college professor who saw beyond the spelling errors and slow reading to recognize and to encourage true talent. In Chapter 22, “Protecting and Nourishing Your Child’s Soul,” I provide specific steps that a parent can take to ensure that her child’s self-image is protected.

Q: What is the role of accommodations such as extra time for a dyslexic reader?

A: I devote an entire chapter to accommodations because they are frequently misunderstood and yet are essential if a child is to be judged by his strengths and not his weakness. Timed, multiple choice standardized tests represent a major barrier to the pathway to success for highly qualified, hard-working students who are dyslexic. After reading the accommodations chapter in Overcoming Dyslexia, including what new brain imaging studies reveal about the dyslexic’s absolute physiologic need for extra time, there will no longer be any doubt about the critical need for such accommodations for young men and women who are dyslexic. As I write in the book, the dyslexic’s need for extra time is as fundamental as is the diabetic’s need for insulin.

Q: What is the most important message you want your book to send?

A: Today, in 2003, the future for each dyslexic child and adult should be filled with hope. I am exhilarated by the extraordinary progress scientists have made in understanding dyslexia. I want people to know that it is possible to identify dyslexia early and accurately, to diagnose dyslexia precisely in older students and adults, to provide highly effective treatments that lead to skilled reading. Today, we know more about dyslexia than about most other problems in medicine — we have to get that news out.

My purpose in writing Overcoming Dyslexia is to ensure that each and every parent and child and affected adult and teacher knows and understands dyslexia, and feels empowered and confident enough to be able to take the necessary steps to success. I want to offer dyslexic children and their families and their teachers hope, to tell each and every one that success is within their grasp and how to attain that success. I want each dyslexic child’s life to be defined by his strengths and not by his weakness in reading. Yes, dyslexia can be overcome.