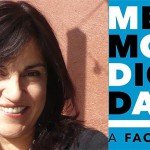 Are screen-addicted kids frying their brains?

Parents watch their children flit from screen to screen and wonder if this generation of kids has any sticking ability. Can they focus on anything for more than two minutes or 140 characters? Do they know how to deal with real people and read real facial expressions and body language? What about paper: would they learn better from it than from screens? Are they warping their brains?

In her new book Media Moms & Digital Dads: A Fact-Not-Fear Approach to Parenting in the Digital Age, Yalda T. Uhls wades through all the research and data gathered during this new media surge to answer those questions and many others. Additionally, Uhls, child psychologist scientist and media expert at Common Sense Media, tries to help parents determine whether they should worry and what they should do about the media onslaught.

In this excerpt from the book, she focuses on multitasking and the distracted (or not?) teenage learner.

How would you know that the reason you can’t focus or think deeply is because of Internet use? Hundreds or thousands of variables affect attention. Other factors that affect focus include temperament, age, hormones, or just a bad day. Every individual has different levels of focus and distractibility, and each is likely to be affected in varying manners. Without a rigorous experiment to measure how the Internet affects attention, one cannot conclude that the Internet causes distraction.

The reality is that we have little hard proof that this generation is any more distracted than we were. Instead of worrying about the effects of the mountains of digital information streams, teach your children to be aware of the manufactured online distractions. Consider the words of this teenage boy who wrote a popular article that detailed why he likes Instagram: “There are no links on Instagram, meaning I’m not being constantly spammed by the same advertisement, horrible gossip news article, or Buzzfeed listing about the “28 Ingenious Things For Your Dog You Had No Idea You Needed.” Remarkably, on his own, this 19-year-old found a way to avoid the diversions of marketers and sensationalists.

In practice, a kid who has difficulty focusing offline will be the one most challenged by the Internet’s affordances. If your child cannot finish his homework and get the grades you expect, restrict his distractions.

The bottom line is our attention spans were always limited, but the bombardment of information in the digital world provides many diversions. Teach your child to become aware of the many means by which their attention is distracted while they are online (e.g., incoming text sound, pop-up ads, etc.).

The emergence of the media multitasking trend

Multitasking used to mean productivity and accomplishment. But these days, it has a negative connotation as we watch our teens toggle back and forth through multiple screens at once. I get anxious when my daughter sends a Snapchat with her smartphone while she “reads” on her iPad and watches a Netflix video on her computer screen. Yet I wonder if I am being hypocritical? When I use my own devices to accomplish several tasks at once, I feel productive, but I judge her to be wasting her life away looking at screens.

When and how did a valued skill, something that mothers do on a regular basis, turn into something negative? Media multitasking, distinct from traditional multitasking, is a relatively new phenomenon. Survey research first uncovered the trend, and children were early adopters.

The Kaiser Family Foundation researchers who surveyed changes in the media habits of children over a period of 10 years, from 1999 to 2009, were the first scientists to highlight the changing media habits of children. In 2005, they found that media multitasking — which they identified as using several screen-based media at the same time — was a new behavior for American children. In the last year of the study, the research scientists estimated that children 8-18 years of age spent a mind-boggling 11 hours a day, seven days a week, using multiple media at once.

Their findings led to enormous concern in the scientific community. In 2009, I attended a multidisciplinary gathering of experts at Stanford; the goals of this meeting were to review and set a research agenda for the impact of media multitasking on children’s learning and development. Concerns included distraction, lack of focus, disappearance of downtime, and more. Since that conference, multitasking has become more frequent, and while adults still worry, this pattern is more normalized in our culture.

For example, less than 10 years ago, only 17 percent of youth reported that they media multitasked with television ; today, it’s rare not to do so. In fact, marketers take advantage of the “second screen” and encourage people to tweet from phones and tablets while they watch event programming on television.

Meanwhile, multiple devices proliferate in our homes. Another significant question is whether we will we become more efficient at processing all the streams of information? Can humans really do two things just as effectively at the same time? Research on multitasking suggests we cannot.

Tap your head and rub your belly

Attention is limited, and when we divide our attention between two activities, we automatically perform worse on one. The brain can only focus on one thing at a time, so we alternate between tasks. When we multitask, we are in fact rapidly switching from one undertaking to the other. This takes a toll, because switching costs time. Our brain becomes bottlenecked as it figures out which activity to perform. Thus, while you may believe you conduct several actions simultaneously, in all reality, your attention is not equally divided. The time spent switching is often negligible, however, and sometimes, our full focus is not necessary to complete a chore.

The myth of the expert media multitasker

Several experts theorized that as young people spent more time balancing multiple media at once, they would become superhuman task switchers. However, a well-publicized study out of Stanford, still quoted in nearly every press article about multitasking, refuted this hypothesis. The researchers asked 262 college students about their multitasking habits, and found that those who reported the most media multitasking performed the worst on a series of complicated assessments.

To their surprise, the HMMs performed much worse than the LMMs. … A closer look at the study suggests a cautious interpretation of the results.

The tested groups were at extreme ends of the multitasking spectrum. Only 6 percent of the students were labeled HMM and another 6 percent were LMM. That leaves out 88 percent of the sample. With ADHD prevalence rates estimated at 9.5 percent in the United States, in all likelihood the HMM students had other attention issues. The researchers themselves theorized that these kids, who believed they were quite capable of using multiple media at once, were instead easily distracted by irrelevant information in their surroundings. Despite the clever design of this study, more research is needed using a larger, more representative sample.

Most parents’ chief concern with their child’s media multitasking is how it affects her schoolwork. At the Children’s Digital Media Center@LA (CDMC@LA) we tested the effects of multitasking on reading comprehension and memorization. College students read several passages; one group had their phones, and another did not. We found that the students with phones scored at similar levels on the comprehension and memory tests as those with no distractions. However, it did take them longer to read the short essays.

Another study out of Connecticut State University tested whether receiving instant messages while reading would affect a student’s understanding. The findings of that study were similar to ours. It took more time for students to complete the reading, but their comprehension was not diminished. In both cases, the students absorbed what they needed to in order to make sense of the passage. The results suggest that if constrained time is not a factor, multitasking in itself should not affect reading performance.

What about a task that requires greater concentration? In another study completed for the CDMC@LA, we tested whether critical thinking would be affected by multitasking. Students read several articles and wrote a one-page paper; one group had access to the Internet and the other did not. Students in the Internet group scored 63 percent; the non-multitasking group scored 10 points higher, at 73 percent. Thus, for a more complicated task, such as one that requires critical thinking, multitasking is not ideal.

Excerpted with permission from Media Moms & Digital Dads: A Fact-Not-Fear Approach to Parenting in the Digital Age by Yalda Uhls (Bibliomotion, 2015)