Share on Pinterest
There are no images.
Advertisement
Parenting » Find a school skills » Best cities 2011: clusters of excellence

Find out why certain suburbs of NYC, SF, Boston, and Cleveland are topping our lists as the best cities to live and learn.

Among the 67 cities picked as “Top education towns” this year, a few geographical regions stood out. Six out of the seven California cities are located in the San Francisco Bay Area. Similar clusters of high-performing schools emerged in suburban areas surrounding New York City and Boston. A number of towns near Cleveland, OH also caught our eye — offering quality schooling and more affordable homes.

Why is public education flourishing in these metro areas? At first glance the answers might seem obvious: The Bay Area, Boston, and New York regions all benefit from major universities. And though Cleveland is far from a booming economy, it has a number of thriving local businesses. But these factors don’t tell the whole story; instead we found that each community has found ways to bolster public schools in different and innovative ways. 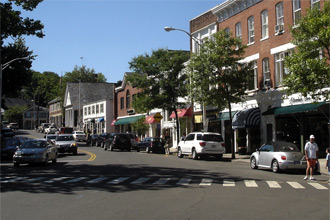 All four of these affluent “panhandle” towns boast populations with high incomes and put-your-money-where-your-mouth-is education support. In addition to fundraising, this means hands-on involvement — and not just from parents in town. Senior men’s club volunteers work at school functions and community members turn out in droves for school career nights. “We’re cosmopolitan in outlook,” New Canaan’s Superintendent David Abbey explains, “but socially and emotionally, we’re a small town.”

You might expect outstanding school districts like these to kick back and celebrate their success a little. Instead, all four of these districts are focused on continuous improvement. All are members of a demanding peer-review program called the Tri-State Consortium. It’s a group of around 40 high-performing districts that serve as “critical friends” to one another. The Tri-State Consortium works like this: A school presents a challenge it faces. Teams of teachers and administrators from other schools evaluate the situation, looking at student work, interviewing teachers, reviewing test scores, and sitting in on classes. The school evaluates itself, too — all in the spirit of growth and improvement. After the three-day, voluntary process, conclusions are drawn and action items are recommended. “It’s way more rigorous than state accreditation,” says Abbey. 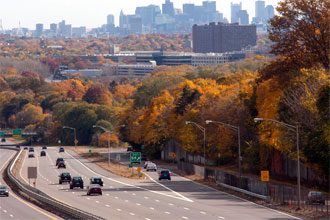 Got a cutting-edge idea? You may want to be a teacher in Greater Boston. In Concord, entrepreneurial teachers get grants to fund innovative new programs. (One class is creating its own biodiesel fuel, for example.) Lexington’s 600 teachers have taken more than 700 courses — on topics they’ve requested — to improve their techniques and class presence. In Weston, groups of educators take on long-term professional development projects to gather data and research solutions: One group of teachers is studying the achievement gap; an elementary school is focusing on student fluency. In an area renown for its educational elite colleges and universities (Harvard, MIT, Wellesley, to name a few), it’s hardly surprising that the teaching profession is so highly valued.

Another step toward greatness (at least for Belmont, Concord, Lexington, and Weston) is a voluntary desegregation program. Through a state-run program called METCO, students from inner-city Boston can go to school in one of the wealthier, better equipped school districts in the nearby suburbs. Weston Superintendent Cheryl Maloney has only praise for the program. “Most of the [METCO] kids start in kindergarten and head to college like their Weston peers upon graduation,” she says.

Area: Greater Cleveland
Towns on our list: Eastlake, North Royalton, and Westlake
Defining feature: The corporate connection
Quote: “There’s a lot of focus on getting our kids ready for college, and to work for the businesses in our area.” – Superintendent Dan Keenan, Westlake City Schools

Unlike the other geographically clustered towns, these Greater Cleveland suburbs couldn’t be more different. Eastlake is a small, blue-collar, marina town that consistently wins accolades for its bargains. (One of its best? On Dollar Day at Classic Park, residents pay just $1 to see their hometown minor-league baseball team play.) North Royalton is an up-and-coming burg with young professionals and skilled workers. The most affluent of the trio, Westlake is probably best known for the pro athletes (mainly Cleveland Indians) that live there.

What these communities share is active support from local businesses. Eastlake‘s award-winning Titanbot program, a highly engaging robotics program that’s part of the high school’s STEM (science, technology, engineering, and math) collaborative, has sponsors ranging from Sony to Home Depot. North Royalton‘s school district has tapped local business leaders to help shape its curriculum though a Business Advisory Council. The council pairs students with mentors and gives administrators ideas about teaching career prep, banking skills, and financial literacy. In Westlake, local businesses make a plethora of events possible, including the high school’s unusual kidney transplant learning project. Through a number of grants, students partner with the Cleveland Clinic to study the biology of kidney transplants and write about their experience. “I could visit ten of these projects a month,” Superintendent Dan Keenan says. “It takes having those resources nearby.” 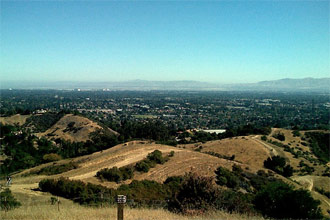 Area: The Bay Area
Towns on our list: Cupertino, Lafayette, Moraga, Orinda, Palo Alto, and Piedmont
Defining feature: The virtuous cycle
Quote: “I can’t tell you how many times I’ve walked into a classroom and there are four or five adults in there.” – Superintendent Fred Brill, Lafayette School District

Arguably one of the brainiest metro areas in the U.S., the Bay Area is also among the most expensive. So while six cities made our lists, one might ask why so many Bay Area towns did not. The missing link? State funding for education, which ranks 47th in the nation, and continues to fall.

Despite suffering massive state cuts, these tony, pro-education communities are overwhelmingly supportive of their public schools. In Lafayette’s winter 2011 newsletter, City Manager Steven Falk described it as a “virtuous cycle.” Good schools draw education-minded parents who drive up housing prices. These residents are involved in the community and spend money at local businesses. The city benefits from the higher property and increased sales taxes, which help fund the schools and allows for investment in city services, which attracts more residents. “Lafayette recognizes that its best bet is to keep the public schools healthy and strong,” he writes. Indeed, most of these communities seem to recognize the interrelationship between their excellent schools and effective cities. Almost all have repeatedly passed parcel taxes to support their schools. In Palo Alto, that’s an extra $589 every year — on top of property taxes – and the measure passed by almost 80 percent.

Community fundraising plays a big part, too. Orinda‘s Educational Foundation contributes about a million to the school district, funding enlightening assets like the library, language electives, and music, art, and environmental programs in its elementary schools. Piedmont‘s Parent Club makes things like water polo, rock climbing, and kayaking in the bay regular parts of the PE curriculum. Granted, these communities are lucky enough to have plenty of resources to dip into. But the education-first culture goes beyond the deep pocketed parents or community donors — everyone gives where they can. Case in point: When Piedmont faced budget shortfalls this year, the teachers voted almost unanimously to take pay cuts to help maintain the quality of the schools.