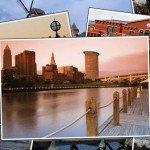 The best cities to live and learn 2011

Looking for a great school? You might be surprised where you'll find it.

In an era when almost everything about American education is a matter of intense debate, it’s rare to find a truism which so few people dispute. But is the equation between big money and good schools really so inviolable? This year as we surveyed our data about American cities with the most consistently high-performing schools, we noticed some intriguing — and sometimes surprising — results.

It’s not that many well-heeled areas don’t have great schools. Mercer Island, WA (#2 nationwide, median home price of $708,740) and Manhattan Beach, CA (#7, median home price $1,278,980) are just two examples of towns where superlative learning and affluence go hand in hand. Yet as the lackluster performance of many upscale towns across the country proves, deep parental pockets are no assurance of an area’s exceptional public schools.

So where is the educational sweet spot? Wherever the impassioned middle class puts down roots. These are the towns, suburbs and cities across America where families consistently, and somewhat forcefully, support their local schools — come budget crisis or political battle. This kind of education-loving populace tends to multiply, attracting like-minded families to move there, too.

Of course, many of this year’s top-ranking cities seem affordable when compared to say, New York City, but they are prosperous relative to their regions. For instance, though Barrington, RI has a median home price of $269,010 (compared to humble Queens, NY, at $450,249), it’s an affluent suburb of Providence, attracting academics and professionals who work in the city. In a similar fashion, cities like Bedford, NH,or Falmouth, ME,tend to attract a quorum of college-educated parents — a strong predictor for the success of any school district.

What, then, can we learn from these top education towns? For starters, it’s worth taking note of what we didn’t find in our school-district success stories: bleeding-edge, high-tech solutions, billionaire sugar daddies, or teachers whose exertions resemble that of ultra-marathoners. Rather, the educational model followed by our top-rated districts is based on educational practices that aren’t so easy to implement, day after day, year after year.

There probably isn’t a superintendent in America who won’t extoll the virtues of great teacher development and collaboration. But the district serving Barrington, RI (like many on our top 10 list) has systemically implemented these ideals through what’s known as “professional learning communities,” or PLCs. Typical professional development often consists of lectures or seminars by random experts. PLCs are teacher-centered, problem-solving support groups in which teachers help each other solve real problems with their students. PLCs, which are gaining support from both teachers and administrators, are predicated on the following assumptions: 1) For teachers to feel like professionals, they need a professional community; 2) The best way to improve teaching craft is to help teachers solve real-life problems (How can I get Jessica to stop blowing spit wads?) vs. abstract pedagogical debates (whole language literacy vs. phonics?).

Patrick Guida, School Committee Chair and parent of two Barrington school graduates, says that adopting the PLC model strengthened an already collaborative culture between Barrington teachers. “We already were following many of these strategies, but since [implementing PLCs], it has assisted us in continuing to support our teachers and making sure every teacher continues to improve.”

Barrington PLCs make time for collaboration so teachers work together planning curriculum, problem solving, and supporting one another. “But perhaps most important,” says Guida, “is that it encourages high expectations for the teachers, students, and administration.” These high expectations have had tangible — and positive — results for Barrington’s high-school kids. Now all the students, not just the high-achievers, are encouraged to consider Advanced Placement courses, for example.

Setting the bar high, one child at a time

Faced with a move to the greater Boston area in 1998 as their first child was entering kindergarten, physician William Kassler and his wife “pored over the numbers.”

“We looked at multiple metrics — class size, student-teacher ratio, test scores — and we chose Bedford exclusively for the schools,” says Kassler. Although the hamlet near the city of Manchester is relatively affluent compared to some towns nearby, its housing prices (median home price $293,730) are far lower than those in Boston, where Kassler sometimes commutes.

Twelve years and three children later, Kassler says their choice has been validated “over and over and over.” No matter what their issue, Kassler says he found the school system “flexible and responsive.” Teachers, administrators, and guidance counselors consistently tailored individual responses to their concerns — whether for an accelerated curriculum or troubleshooting a learning challenge. “We never had to fight or argue for special services.”

When asked if Bedford is yet another pressure cooker for Generation Race to Nowhere, Kassler acknowledges there’s a debate about Bedford’s sky-high expectations. The new high school’s International Baccalaureate program offers what Kassler characterizes as “the best of both worlds”: Any student can take advantage of the rigorous program by enrolling in individual classes, while the most driven kids can choose the far more intensive full-time, two-year diploma.

Another secret to a school district’s success? Taking the necessary steps so that all students — particularly those who can so easily fall through the cracks — don’t. Though Mark Wittmer, Superintendent of schools in Pella, Iowa, has plenty to showboat about, including ultra-low teacher turnover and consistently excellent student performance despite a relatively low per-pupil expenditure, he’d rather focus on his school’s success with at-risk kids.

“What I’m most proud of is our how our free-and-reduced lunch students perform. Our kids really do well, whether they are middle class or poor. If you put kids with caring instructors and high expectations, all kids can learn,” he says. “But it’s easy to talk about, and a lot harder to do.”

Indeed, like every other superintendent of an exceptional school district told us, making sure to catch and help every at-risk learner requires multiple approaches. Wittmer offers a recipe that includes many ingredients: early intervention programs for struggling learners, a STEM (Science, Technology, Engineering and Math) program called Project Lead the Way, and a commitment to continual improvement. “We’re not married to test scores,” says Superintendent Wittmer. “We want to produce independent thinkers and tests don’t always measure that. But it’s a difficult balance. Do we move away from what we’re held accountable to [i.e. testing] in order to explore other things?”

In an era where standardized testing looms as the enemy of meaningful learning, it’s gratifying to see some districts attempting to use tests as a tool of enlightenment rather than a blunt political cudgel.

“We try to be result-oriented,” says Guida, the Barrington, RI’s School Committee Chair. “We believe that there’s far more to student learning than testing. But at the end of the day, we also believe that our student performance is a material consideration.”

In Barrington, it’s not about once-a-year high-stakes testing — quite the opposite. Every four weeks, teachers administer “formative assessments” to see if their kids are actually learning the material they’re being taught. “This serves as a barometer for the teachers and the students to learn whether the students are getting the knowledge,” explains Guida. “Based on the results, teachers get together and huddle up and focus on where the adjustments need to be made.”

All the great school districts we researched left no rock unturned in attempting to keep struggling learners from falling through the cracks and pushing super students to scale new heights. They all used data in smart ways. And all emphasized the importance of teacher collaboration, professionalism, and commitment.

Not surprisingly, Falmouth, ME, our top-ranked town nationwide, is committed to all of the above. The town also does something more: Falmouth maintains a focus on what many might say is the ultimate purpose of education. Not to develop  high-achieving, self-involved teens, but thoughtful, engaged young adults.

When asked what makes her school district excel, Falmouth Superintendent Barbara Powers praises her teachers, the early-intervention program, the entire community that participates in a 18-24 month school planning process, as well as the full arts, music, performing-arts curriculum, and Spanish instruction starting in the first grade.

“But what am I proudest of?” says Powers. “I’d have to say it’s our service learning program.” Many schools have components of service learning, but Falmouth takes the job of teaching citizenship seriously. (Other notably globally minded school districts include Jericho, NY, Belmont, MA and North Royalton, OH.) The program begins in the early grades and culminates in high school with a 30-hour community service project.

“Our service-learning includes everything from visits to local seniors, to a team working with Habitat for Humanity in Mississippi for a week, to travelling to Guatemala to work with Safe Passages,” Powers explains.”We want to raise global citizens.”