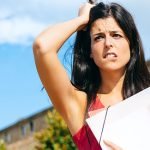 Many for-profit colleges aren’t worth the tuition — or the debt your teen will walk away with.

Enrolling at any college requires lots of research. But parents of teens considering a for-profit college should be especially cautious.

What are for-profit colleges?

For-profit colleges, also known as proprietary colleges, are operated by private corporations, which are in business to make money. Like all corporations, the goal is to boost profits and earnings. Public colleges and nonprofit private schools, in contrast, are run by boards of trustees rather than CEOs; the money public and private colleges take in must be used to further that institution’s goals.

For-profit colleges come in many shapes and sizes, and include art schools like Academy of Art University in San Francisco and online/offline conglomerates like the University of Phoenix, which has 100 locations and offers more than 100 degrees, to the now-defunct Trump University. While some for-profit colleges offer bachelor’s degrees, most offer graduate degrees or certificates for vocational programs. Most offer flexible or online programs to accommodate students who are working or have children. (Many public and nonprofit private colleges also offer flexible and online programs.)

The risks of attending a for-profit college

As for-profit colleges have proliferated, so have the controversies surrounding them. For-profit colleges have been criticized for deceptive marketing, aggressive recruiting, targeting low-income students and veterans for the federal tuition money they’re eligible for, pushing private loans for the tuition not covered by federal loans, offering poor-quality programs, low graduation rates, and for leaving students with staggering student loan debt and few job prospects.

One problem with for-profit schools is that many students never graduate. And even if students do graduate, their credits, certificates, or diplomas aren’t valued enough in the job market to result in full-time employment in their chosen field. In a 2014 report by the National Center for Analysis of Longitudinal Data in Education Research, the researchers conclude: “We find no evidence that job applicants who attended for-profit colleges attract greater interest from employers than those who attended public community colleges or no college at all. These findings are particularly noteworthy considering the high cost of for-profit college attendance.”

Whether or not they graduate, students typically emerge from for-profit colleges with heavy debt and few prospects for thriving economically, a primary goal of pursuing a college education.

These issues are compounded by the fact that students at for-profit institutions tend to be among the most disadvantaged. According to a report by Brookings Institution, “For-profits have the highest proportion of female and minority students, they come from families with the lowest levels of parental education, are the most likely to be single parents, and have the highest average number of dependents among the sectors… For-profit students have the lowest average annual household income and are closest, on average, to the poverty line.”

Tressie McMillan Cottom, a scholar who once worked as a recruiter for two different for-profit colleges, explains in her book Lower Ed that for-profit colleges deliberately try to recruit low-income students because they qualify for the most financial aid. “The system that we’ve come to rely on to increase access to higher education for the most vulnerable among us really only compounds their poverty,” Cottom told Terry Gross on NPR’s Fresh Air. “That’s the exact opposite of what higher education is supposed to do.”

For-profit colleges also known to aggressively recruit military veterans — leaving many vets jobless and in debt. David Halperin reveals this trend in Stealing America’s Future: How For-Profit Colleges Scam Taxpayers and Ruin Students Lives. An excerpt of the book, published in Slate, tells the chilling story of a young veteran who was duped by two different for-profit schools and left without employment opportunities but more than $83K in debt. Halperin explains that for-profit schools pursue veterans so persistently because it’s a way to sidestep the government’s “90/10” rule, which requires that only 90 percent of a school’s tuition funds come from federal student loans. “The principle behind this ’90/10 rule,’” Halperin writes, “is that if a school cannot convince students, employers, and private scholarship funds to cover even 10 percent of student costs, then the school must not be providing valuable services.” However, federal GI Bill student aid funds aren’t subject to that rule. Still, for-profit schools tend to raise their tuition so that the federal loans via the GI Bill don’t cover the full tuition and vets, like other students, need to take out expensive private loans to cover the difference. Halperin continues: “The persistent recruiting pays off: The top seven recipients of federal GI Bill education aid are all for-profit colleges.”

For-profit college students end up with more debt, ultimately earn less than other college students, and are more likely to default on their college loans. A 2012 CAPSEE report concluded that these disadvantages linger long after graduation: “For-profit students end up with higher unemployment and ‘idleness’ rates and lower earnings six years after entering programs than do comparable students from other schools.”

Though the risks are real, this isn’t to say that for-profit colleges don’t benefit some students. Assuming the program is of value, for-profit colleges have an easier admissions process without the need for SAT scores, essays, and letters of recommendation; most offer online and night programs that make attendance easier for parents and working students; and the networking opportunities in highly specific fields with instructors, staff, and other students can be invaluable. For-profit colleges offer vocational programs — like plumbing, auto mechanics, and cosmetology — not available at many nonprofit colleges and universities. (Some community colleges offer such programs, but state and federal budget cuts have triggered program cuts at many such institutions.) For many students, then, for-profit colleges are the only viable option they have to pursue their career goals because of geographic, scheduling, and other constraints.

Forbes contributor Andrew Josuweit points out that the entire for-profit college industry shouldn’t be tarnished by the abuses of a few negative examples: “There are many schools that deliver high-quality education and abide by industry standards… For-profit schools get a bad reputation because of the practices of a few.”

The future of for-profit colleges

Under the Obama administration, the education department cracked down on for-profit colleges, enacting and enforcing rules like the “90/10” rule and gainful employment rule, which measures for-profit programs by the economic viability and debt of graduates. For example, a for-profit college would meet the government’s criteria of leading to gainful employment if the typical graduate’s annual loan payments are 20 percent (or less) of their discretionary income or 8 percent (or less) of their total earnings. To make that work out, most graduates would need to be employed full-time and making a decent living. During the Obama administration, several for-profit college chains, including ITT Technical Institutes and Corinthian Colleges, were forced to shut their doors when the government enforced rules about the minimum criteria for-profit schools need to meet for students to be able to pay their tuition with federal students loans.

During her confirmation hearing, Secretary of Education Betsy DeVos said she would “review rather than uphold” the accountability rules enforced by the Obama administration. If regulation and oversight of the for-profit education industry eases — parents and teens will be wise to do their homework about what they’re signing up for.

The bottom line when it comes to for-profit colleges? Caveat emptor — let the buyer beware.

6 steps when considering a for-profit college

If your teen is considering a for-profit college, make sure you take these essential, precautionary steps:

• Let the goal lead. Find out exactly what degree or credential your teen needs for the career they plan to pursue and make sure the school they’re considering offers it. Talk to professionals in that field about the perceived value of a degree or credential from that school. You can also consult an independent career counselor who isn’t affiliated with the for-profit school.

• Compare prices. Check to see if a local community college offers a similar program for a lower price. If not, check to see if the program is offered at an in-state public college or university and compare the net price, graduation rates, and employment rates of the for-profit program versus the public program to make sure your teen is choosing the better long-term investment.

• Understand the loans — now and in the future. Make sure you and your teen understand the terms (including which loans are federally funded student aid and which loans are private, how deferments work while he’s enrolled and after completion or withdrawal, how interest is calculated and compounded, what the repayment terms are, and actual projected monthly payments upon completion or withdrawal) of any loans he’s signing up for. You can get trustworthy information from government websites like Federal Student Aid and the Consumer Financial Protection Bureau.

• Don’t rush into anything. Especially with for-profit schools, which are notorious for high-pressure sales tactics to get students to enroll. Forbes’ Josuweit cautions: “Do not give in to a tough sales pitch. Reach out to alumni who graduated from your intended program to get their insight on their experience, both in school and after graduation. Ask about job opportunities and how equipped they were for employment… If a school pressures you to make a quick decision, take that as a signal to walk away.”

• Interview the school. This brochure from the National Association for College Admissions Counselors offers straightforward tips on hwo to evaluate for-profit college programs, including specific questions to ask about the school, the program, the financial aid they offer, and career placement resources and assistance.