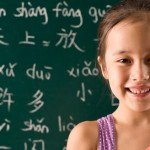 Understanding what a language-based school is all about can seem as hard as learning a new language itself. In plain English, here's what you should know.

There’s Spanish, French, Mandarin, and then there’s the language that parents need to understand to assess that language-based school down the street.

In the past few decades, language-based education has blossomed in communities across the country. Now most major cities have at least a few language-based public or private schools offering one of any number of languages such as Spanish, French, Mandarin, Japanese, Korean, Cantonese, even Haitian Creole. Not only do language-based schools represent diverse cultures, but diverse educational models, targeting very different kinds of students.

This has been a boon for parents eager to raise 21st-century global citizens, but the diversity of language-based programs has also led to a fair amount of, well, linguistic confusion.

Some schools that advertise a special language focus may lie in districts where learning a foreign language in elementary school is not standard. But this special language focus could mean students get as little as 20 minutes of second language instruction per day. Children in these programs, which may be referred to as FLES, or Foreign Language in the Elementary School, are not expected to become fluent in the second language. Still, districts argue these programs promote an appreciation for diversity and other cultures.

In districts that have adopted second-language study as part of the curriculum for all elementary, middle, and high schools, schools may not identify themselves as language-based schools. Thus, you might find a STEM school that has more intensive language instruction than a language-themed school in a nearby district that doesn’t even offer second language opportunities to all its students.

Bilingual schools are hardly new. For centuries, bilingual schools have been created in immigrant neighborhoods throughout the country. Today, the U.S. Department of Education characterizes the “bilingual education program” as “an educational program for limited English proficient students” that may include English-proficient students if the program aims to get all students proficient in both English and a second language.

The most common bilingual education program is Transitional Bilingual Education (TBE). Also called early-exit bilingual education, TBE students study other academic subjects — such as math or science — in their native language while over the course of about three years, they learn to speak and read in English. As the name suggests, the purpose of this program is to gradually facilitate an English-Language Learner (ELL)’s transition to a completely English taught curriculum.

Structured English Immersion (SEI) is another program that aims to prepare an ELL student for an English-only classroom. SEI places a greater emphasis on English instruction and teachers of such programs teach other subjects in English.

A less common form of bilingual education is Maintenance Bilingual Education (MBE), which doesn’t simply teach in the native language as a temporary bridge to English fluency, but to achieve proficiency in both languages. The goals of Maintenance Bilingualism, or late-exit bilingual education, are to preserve children’s long-term bilingual and bicultural identity. Whatever the case, these programs are not designed for native English speakers.

The rise of dual-language schools

Have you heard about an English-speaking kid who became fluent in a second language just by attending a certain school? Most likely, he or she attended a dual-language program, in which students are taught in two languages. First established in the 1960s, there are now more than 2,000 dual-language schools across the U.S., including 300 in New York State. Several types of programs fall under the dual-language umbrella: two-way immersion, foreign language immersion, heritage language immersion, and maintenance bilingual programs (even though these are not for native English speakers).

A large subset of these programs is two-way immersion programs, which are designed to foster bilingualism and biliteracy in both English-speaking children as well as non-English speakers. In these programs, teachers speak a portion of the day in one language and another part of the day in the other. With the 90/10 model of two-way immersion, for instance, 90 percent of instruction is in the second language and 10 percent is in English. Two-way programs require balanced student populations, meaning about one-half of the students are fluent in the second language, with the other half being native English speakers.

In such schools, teachers switch between languages in a variety of ways depending on the program. For instance, some schools split each day — one language in the morning and one language in the afternoon — while others spend weeks in one language and then switch to another. So if you are looking at an immersion program, ask about the details and think about whether this model will work well for your child.

Finally, heritage immersion programs allow English-speaking students to develop literacy and maintain fluency in the language of their parents or grandparents.

Want your child to learn second language, but no schools in sight? Community/Saturday schools run by minority communities (Chinese, Korean, Hebrew, Greek) offer classes on the weekends to teach children proficiency in their family language.

Again, while other dual-language options are available, two-way immersion schools are gaining in popularity and have become one of the most popular models of dual-immersion programs.

What you might find in a two-way immersion school

Dual-language schools create biliterate students at a time when their brains are very receptive to language acquisition. Language comes easy to children in elementary school. Dual-language schools develop strong multi-cultural ties within the student body and strengthen those ties in the community. Biliterate children have the language skills that are in high-demand in our increasingly globalized society.

Is a dual-language school right for my child?

Dual-language schools seem to work for a broad range of students — from new immigrants whose families want them to retain their mother tongue, to kids who come from bilingual households, to children whose English-speaking parents want them to have the biliteracy they could never provide at home.

These schools may not be the best for students with language-processing disabilities, although this is by no means a given. It’s also important for parents to feel comfortable with the dual-language concept and realize they may have trouble helping their child with homework in a language they don’t know.

Research the options in your area and visit some of the programs from which your child can benefit. To get an even better sense if a given program will work for your child, talk to school officials and parents of children at the school. Finally, because immersion schools’ scores tend to lag behind in earlier grades, check to see if fourth grade and fifth grade reading scores are catching up with English-only classrooms.