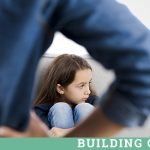 Research suggests a surprising relationship between kids' lying and punishment: a punitive disciplinary style may teach kids to be less honest.

The next time you hear yourself sputtering to come up with a whopper of a consequence for your child’s misbehavior, consider this: psychologists say harsh punishments don’t deter bad behavior, but they do make it more likely that your kids will lie to you. In fact, research suggests that the fear of punishment turns kids into better liars.

“One of the most common reasons children lie is to escape punishment. And we do know that children who are subject to harsh punishments are more likely to lie to avoid that punishment. It certainly does not deter the behavior or make children want to fess up to a misdeed,” says Dr. Esther Goldberg, a registered clinical psychologist in London, Ontario.

And when lying works — that is, when it successfully allows a child to evade an unpleasant reaction or consequence — it can reinforce the lesson that lying is a good strategy. “They learn that positive things come from not telling the truth,” says Dr. Peter Stavinoha, a clinical neuropsychologist for the Center for Pediatric Psychiatry at Children’s Medical Center of Dallas.

If you want to encourage your child to tell you the truth and establish a pattern of honest communication, research suggests that a firm but warm parenting style that encourages honesty without threatening punishment is your best bet.

Victoria Talwar, associate professor in the Department of Educational and Counseling Psychology at McGill University in Montreal and a leading researcher on kids and lying, tested kids’ lying and truth-telling under a variety of conditions. Kids ranging in age from 4 to 8 were told not to peek at a toy and then were left alone in a room. Unbeknownst to the kids, researchers were watching and would know whether or not they peeked. Two thirds of the kids peeked at the toy.

When punishments are harsh, lying is adaptive

In another study, researchers played this “peeking game” with 3- and 4-year-old West African children from two different schools — one with a harsh, punitive disciplinary style and one with a non-punitive disciplinary style. Peekers from the punitive school were significantly more likely to lie about having peeked than peekers from the non-punitive school. In addition to being more likely to lie, the kids from the punitive school were more skilled at maintaining their lie than the non-punitive school kids when asked follow-up questions. Talwar says this suggests that a punitive environment fosters increased dishonesty and children’s ability to lie to hide their transgressions. “It seems that in a harshly punitive environment, lying may have an adaptive effect by protecting you from getting in trouble.”

Of course, Talwar clarifies, this doesn’t mean parents shouldn’t discipline their kids! “Of course some discipline is necessary, I’m talking about harsh corporal punishment,” she says. “This was not a just environment. The kids were getting in trouble a lot and seeing other kids get in trouble for things like forgetting their pencil. In that environment, lying seemed to be a skill kids learned earlier and got better at earlier.”

The bottom line, she says, is that punishment does not promote truth-telling. “In fact, the threat of punishment can have the reverse effect by reducing the likelihood that children will tell the truth when encouraged to do so,” Talwar wrote in the study.

One thing parents can do to discipline kids without creating conditions that encourage lying is to simply stay calm when dealing with the infraction. “The more explosive the parent gets, the more frightened the child gets, and the more likely they are to lie,” says Stavinoha.

Nancy Darling, professor and chair of the psychology department at Oberlin College, has studied the lie-telling behavior of teens for more than two decades. Her research shows that when parents combine clear and consistent rulemaking with warmth and acceptance, they are more likely to have an honest relationship with their teenager. Essentially, kids are more likely to lie if they fear they’ll be unjustly or harshly punished, and more likely to tell the truth if they are confident that you will respond with understanding and a fair and logical consequence. “They need to respect you and believe you will be warm, accepting, and non-punitive,” Darling says.

In the context of a safe, nurturing relationship, children are more likely to be honest, says Dr. Goldberg, in part out of reluctance to disappoint their parents. “Parental disappointment holds a lot of weight, she says. “Disappointing a parent can feel very punishing.”

On being warm and firm

So imagine that your child has spilled soda on your laptop even though he knows he’s not allowed to eat or drink while using it, and now it’s not working. Or that she stayed up all night online and was so tired she failed her history test the next morning. Cue you turning purple with rage and grounding them for a month, right? But if you do, it’s a pretty safe bet that next time something like this happens they’ll evade, deny, or come up with a lie to avoid your reaction. Of course, notes Goldberg, your child’s behavior is shaped not by a single experience but over the context of your relationship with them; if they have come to expect a fair and loving response they are much more likely to own up to the transgression.

Now imagine saying you’re unhappy about the result of your child’s actions but you appreciate them being honest and taking responsibility for what they did. And then together discussing the repercussions (using their allowance to have the laptop repaired or replaced, for example, or instituting a no-devices-in-the-bedroom-after-a-certain-time-of-night rule). In this scenario, the unacceptable behavior is addressed and your child gets the message that being honest with you is a positive experience — even when the truth is something they know you’re not going to like.

This story is part of a series on how the science of character development can help parents promote honesty, diligence, gratitude, generosity, forgiveness, and curiosity in their children.