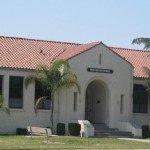 What makes a whole school district improve? Any superintendent will tell you it’s not easy. So when we calculated how high this California district has risen in just three years, we had to find out why.

The city of Whittier spreads out like a flat, sun-drenched circuit board of low-rise housing, strip malls, and big box stores just east of the LA basin. A town replete with citrus, walnut, and dairy farms at the turn of the 19th century, the community now reflects southern California’s new demographic. It’s largely Latino, socio-economically disadvantaged, and — educationally speaking — scarred by the achievement gap between the children of middle class white families and their English-learning immigrant classmates.

Three years ago, Whittier City Elementary School District, which consists of 12 elementary and middle schools scattered east of Interstate 605, was no different. Serving mostly poor and low-performing students, it wouldn’t have made any educational lists except the ones about failing No Child Left Behind guidelines. Many of its schools had been targeted for “Program Improvement” (PI) for failing to attain “adequate yearly progress” on standardized tests. GreatSchools slapped the district with a below-average rating of 3.

But recently-released state test scores suggest a different story. In the past three years, the district’s test scores have made such substantial gains that it landed second on our list of most improved school districts in California – jumping two points to a GreatSchools 5. (The first on the list – Plumas Lake Elementary School District in Yuba – also made a big leap from a 5 to a 7, but it only has three relatively small schools.) In fact, Whittier City was the largest district to make the top ten list by a big margin; that nearly half its students are English language learners made the district’s improvement all the more impressive – and perplexing.

In this era of high-stakes testing and dwindling budgets, how did Whittier manage to do what so many other districts are sweating bullets (yet often failing) to do?

What works is “common knowledge”

So many educators sing the praises of teamwork, it’s like a snack company executive extolling the virtues of food being tasty. Still, when the superintendent and chief academic officer insist on a team interview, finish each other’s sentences, and drill the concepts of collaboration and buy-in with the tenacity of a Kumon tutor, the teamwork motto begins to ring true.

But to listen to the Carruth-Baccus duet, none of these changes would’ve made a bit of difference had they not been led by teachers.

Two years ago Whittier administrators created curricular improvement teams in each academic subject. These teams analyzed what the district needed to change. Unlike the pro forma model where teachers are dictated to, teachers led these teams and administrators participated. Putting teachers in charge, Carruth and Baccus say, has made all the difference in their success.

With leadership and power comes… more work. The whole process demands a lot from teachers. Now, they’re expected to teach to the new standards established by the curriculum improvement teams, assess their students by those standards, and adjust lessons based on the new assessments. Teachers are also expected to seek help from other teachers if they are struggling.

Carruth acknowledges that the process hasn’t been perfect; there have been “bumps,” he says. It’s hard to ask teachers to be more innovative when they are being asked to do more, period. Case in point: with budget cuts (17 percent cut in the past four years), class sizes have been steadily rising (kindergarten classes now average about 30 kids). “Trying to do all this with bigger class sizes and keeping this positive culture is hard,” admits Baccus.

But the positive culture persists — at least for now. The district’s slogan — “Students First. Every Decision. Every Day.” — means that Baccus and Carruth counsel principals not to blame extra work on the state or extra regulations. “We tell them ‘don’t tell teachers they are making us do this.’ We do things because our students need it,” says Baccus.

The district has no charter schools – “the vast majority of our parents are happy and so charter schools tend to look elsewhere,” claims Carruth. He also credits the district’s success with his comrade in reform, Baccus: “She took some of my good ideas and meshed them with her great ideas.”

But before he can go on too long Baccus interrupts him: “We make a good team.”