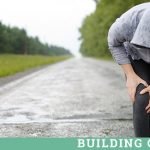 Advertisement
Parenting » Building character » Can you have too much grit?

Can you have too much grit?

It’s an undisputed fact that achieving success takes perseverance, practice, and the ability to overcome obstacles. But it also requires knowing when it’s OK to give up.

When my kids were growing up, we had a household rule: “Don’t say, ‘I can’t.'” I enrolled them in ballet, music lessons, swim team, karate, and basketball — activities I thought would stretch and challenge them. I strongly discouraged them from quitting when they hit a stumbling block or their interest in practicing waned. I wasn’t so interested in instilling a love of piano or violin as I was in teaching them to work at something, even when it got hard, even when they weren’t good at it right away, even when they’d rather be doing something else. This was a training ground, I thought, for the obstacles they’d face in the world.

Of course, I worried whether it was working — whether they were learning the perseverance they’d need to prevail. It surely didn’t bode well, I thought, that my son’s nervousness about performing on stage made him want to quit playing the guitar altogether.

It was the same feeling University of Pennsylvania psychologist Angela Duckworth described in her game-changing 2016 book Grit: The Power of Passion and Perseverance, upon observing her then-4-year-old daughter give up in frustration after trying unsuccessfully to open a box of raisins. Panic. Fear. How on earth will my kid succeed in this world if they’re so easily deterred by such a small setback?

Duckworth’s book brought grit into the public eye and gave it a name, but parents have been struggling with how to impart this quality to their kids for generations. I was raised by British expatriates who, after surviving a world war, believed my siblings and I needed plenty of hard knocks to teach us to survive the world’s horrors.

My approach to raising my own kids was significantly less harsh. I didn’t insist a 6-year-old get a paper route, make a first grader walk a mile to school in the snow, or throw anyone out of a boat to teach them to swim. But I firmly believed my kids needed to fall, get up, figure out what went wrong, and try again. I let them quit things, but only after I was convinced it was truly time to move on, not because they didn’t want to push through a tough part or just didn’t feel like practicing piano.

The irony of ‘never say quit’

We want our children to succeed. And we know that will require perseverance, practice, and the ability to overcome obstacles. So we try to teach them grit. But the irony of our cultural obsession with grittiness is that relentless, dogged persistence at a given task is not always a recipe for success.

“We should teach this with caution, with nuance and subtlety so that we teach kids not just to be gritty to any end but in a strategic way,” says Gail Lucas, psychologist and author of a study that found that an extreme tendency to persevere can inhibit people’s ability to perform on certain kinds of tasks.

Lucas tested the hypothesis that an excess of grit could have negative effects using a series of lab tests that demonstrated gritty people are more likely to continue persisting at a given task, even at the risk of losing everything, when there is no real benefit.

The Every Student Succeeds Act, a 2016 update to federal education law, requires states to include at least one nonacademic measure in evaluating school performance. This development has led some schools to consider measuring how well they are imparting non-academic “soft” skills like grit to their students.

Schools teaching character is not new. It’s a regular part of the curriculum in a number of schools. And in theory, the idea of kids learning character skills at school makes sense. We tend to think of grit as an individualized disposition, says Ron Berger, Chief Academic Officer at EL Learning, an educational consulting company, and author of Leaders of Their Own Learning: Transforming Schools Through Student-Engaged Assessment. But, he says, the culture around you has a lot to do with whether you are inspired to become gritty or not. “If you enter a chorus or dance troupe where people bust their butts, and you want to fit in, you work hard.” This can apply to the culture of an entire school, not just choir, mathletes, or ballet. “In our successful schools, kids come into them, realize that everyone takes the work seriously, and they realize, if I want to fit in here I have to work hard.”

And some studies have shown that school programs that teach character can have a positive impact on kids’ behavior and performance. In practice, though, teaching character skills like grit in the classroom (especially when those schools will be held accountable for the results) is far from simple. Which is why experts on these skills, including Duckworth, have vigorously spoken out against the idea that character assessment should be something schools are graded on teaching.

Not all or nothing

For one thing, the slippery, contextual aspect of qualities such as grit make it challenging to teach them within an educational system that (rightly) relies on measuring results.

Beginning when she was quite young, my daughter loved photography. She grabbed my camera away from me whenever I let her. She would be happily absorbed for hours framing pictures, learning what the different settings did, and experimenting with color. Her math homework? Not so much. And it wasn’t that she didn’t like math, or care about her grades. But she would argue, chat, distract herself, and wriggle out of it with all her spirit. Until I saw how much patience and attention she had for photography, I worried she was distractible by nature.

Grit is not something you either have or don’t have, confirms Berger. “All of us have grit in certain circumstances while in others we don’t.” Someone who demonstrates no grit for math or poetry, for example, might show relentless persistence for playing chess or even video games. “The idea that [this quality] either exists in kids or it doesn’t, or that if they are not exhibiting it in school then they don’t have it, or that it is a thing you can teach them as an abstract concept and then they will have it? All of those things are of big concern,” says Berger.

What’s more, he warns, evaluating schools based on how well they’re teaching this quality to students could play out in ways that have nothing to do with nurturing the complex personality characteristic described by Duckworth. “The concept of grit can be misused in pernicious ways,” he says. “It can become an excuse for educators to make kids the locus of the problem — that they have not developed grit — rather than looking at the kids’ home conditions or perhaps that the school is not compelling kids to have grit or that the work we are giving them is not meaningful. It can shift the responsibility to the kids.”

Another concern educators have expressed is the worry that such a complex nuanced set of as-of-yet not fully understood qualities could be reduced to an oversimplified approach that could have negative effects.

“If this is a skill we plan to teach,” says Chad McGehee, Outreach Specialist at the Center for Healthy Minds at the University of Wisconsin-Madison, “it would be good to define exactly what that skill is. Because one thing that tends to happen in education is that once a thing achieves buzzword status, people say they are doing it without having a real understanding of what it is or how to go about teaching it.” Grit, in particular, raises questions, he says. “One is, when does it become maladaptive?”

When giving up serves higher goals

“In particular, I think you can be too stubborn about mid-level and low-level goals. You can throw good money after bad on particular projects that will never make sense. You can be blind to possibilities that you hadn’t originally anticipated. Still, I think these problems are mostly about lower-level goals that are in service of your high-level goals.”

Put another way, focusing on persistence at singular tasks or goals may be missing the forest for the trees. Grit-over-goal decision-making can lead people to do poorly on things that require them to give up on the parts to succeed at the whole. Lucas used timed tests, such as the SATs, as an example in her study but points out this is also true of many things in life — relationships, jobs, and any time when it’s important to be able to recognize when it’s time to cut your losses and move on.

My son, after a lifetime of being taught not to quit, decided to quit high school in his senior year. It was hard to trust that he had learned that magic combination of determination, courage, and resilience that I’d tried so hard to teach him. Even harder to watch him learn the lesson for himself in such a high-stakes, real-world classroom. But two years later, he’s working nearly full-time and is getting a 4.0 in a challenging college course load.

I’m not saying that quitting high school was the right thing to do, but as a result of that decision, my son learned how to choose a path that was important to him and stick to it. Teaching grit is only one piece of a large and difficult puzzle; we also need to teach our kids the self-knowledge to know when it’s OK to quit, and when — and how — to get back up and try again.

This is part of a series on how the science of character development can help parents promote honesty, diligence, gratitude, generosity, forgiveness, and curiosity in their children.