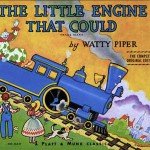 Seven books to teach your child about confidence

Reading your child stories about other kids who overcame their fears is a great way to teach about confidence. Most of these books should be available at your local library:

Amazing Grace by Mary Hoffman
Grace is a little girl who loves stories, and she loves putting herself in the role of hero in the stories she reads. When her teacher tells the class that they’re going to do a production of Peter Pan, Grace wants that lead role. One of her classmates tells her all the reasons she can’t be Peter Pan. Grace is discouraged, but with support from her family, she doesn’t back away from her dream.

Salt in His Shoes: Michael Jordan in Pursuit of a Dream by Deloris and Roslyn M. Jordan
Hard to believe that the superstar was once a scrawny kid who got pushed around on the basketball court. He thinks that getting taller will solve his problems, but his dad tells him that to get better at basketball, he needs to practice and never give up.

Sheila Rae, the Brave by Kevin Henkes
Sheila Rae is a fearless mouse, and her sister Louise is a bit of a scaredy-cat. But Louise gets her moment in the sun when she rescues her sister.

The Little Engine That Could by Watty Piper
In this classic story, a train carrying toys and food for little children must make it up a huge mountain to deliver its cargo. All the big engines refuse to help, but the littlest engine agrees to try, and with grit and determination (and the mantra “I think I can”), it manages to push the train to the top.

The Treasure Hunt: A Little Bill Book by Bill Cosby
Little Bill is discouraged because it seems like everyone in his family has something that makes him special — his father has his jazz records, his brother has his baseball cards. What does he have? After telling his great-grandmother a story, Bill finds his special talent.

Alexander and the Terrible, Horrible, No Good, Very Bad Day by Judith Viorst
Alexander’s day started off all wrong and went downhill from there. Kids can relate to Alexander’s bad mood and cranky rants, and they’ll probably smile as he goes from problem to problem throughout this especially bad day. And they’ll take heart to realize that even those bad days don’t last forever.

A Picture Book of Anne Frank (Picture Book Biography) by David Adler
This is a kid-friendly version of the story about Anne Frank, the brave girl who wrote about her life under Nazi rule in Germany and the Netherlands. Although Anne’s story is serious, this version is age-appropriate.