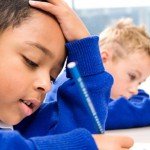 A groundbreaking study offers new insights into charters: Are they outperforming traditional public schools, or are they failing their students?

Charter schools. In some education circles, these two words are enough to ignite a spitting match of statistics and impassioned rhetoric.

They are ruining our school system – they take resources away from public schools!

Since the public school system has abandoned our most needy children, charters are our only hope for reforming public school education.

On and on the arguments go, drawing on the same old, selectively chosen facts to prove vastly different points of view. Amidst this increasingly heated clamor over charter schools, it’s no surprise that many parents respond to the debate with the deer-in-the-headlight stare my friend gave me the other day when the subject came up: “I don’t know how I feel about charters,” she muttered. “I mean, are they bad or good?”

The good, the bad, and the promising

According to today’s groundbreaking report by the California Charter Schools Association, the answer to my friend’s question is: both.

“Portrait of the Movement” provides an in-depth analysis of California’s 720 charter schools (new schools without data were not included), comparing them to traditional public schools along three important variables: their absolute test scores, their test scores relative to the students’ socioeconomic backgrounds, and their improvement over time.

The results, which were released Wednesday, February 23, 2011 with endorsements from Secretary of Education Arne Duncan and reformer Michelle Rhee, offer a glimpse into the complex reality of charter school performance in one of the biggest states in the nation. In addition to a searchable map comparing all charter and public schools in the state, the report includes an interactive scatterplot of charter schools and sortable spreadsheet of all the state’s charters.

What emerges is a simple fact: charter schools are not all created equal. But the not-so-simple truth about charters is that compared with traditional schools, they are both more likely to outperform and more likely to underperform their predicted outcomes.  As CCSA’s Myrna Castrejon put it, the report offers “cause for celebration and cause for concern.”

Helping some, hurting others?

As a rule of thumb, at public schools the more privileged kids — those in the upper socioeconomic brackets — get the highest scores. The most disadvantaged — those in the lower socioeconomic brackets — attend the lowest-performing schools and score worse. But with charter schools, there are more outliers: some schools are doing substantially worse than comparable public schools. But some charter schools — especially those serving kids from disadvantaged backgrounds — are doing substantially better.

In this sense, the report unpacks the much touted finding that taken in aggregate, charter schools aren’t better than their traditional counterparts. Such findings were an important caveat that charter schools are no panacea, but broad generalizations about mediocre charter school performance occludes the lessons that exceptional individual charter schools can offer.

As CCSA is eager to underscore, the report’s key findings suggest that the charter school experiment shows remarkable promise, even though some of those schools are failing their students.

More excellent outliers than terrible outliers — Over all, there are more outperforming charter schools than underperforming ones. (Charters are four times more likely than non-charters to over-perform their prediction, while only twice as likely to be underperformers.) Given that the low performing schools tend to be smaller than the high performing schools, the positive effect is amplified — with 2.5 times as many students served in the top performing 5% than the lowest performing 5%.

The right direction — Over time, the number of out-performing charters is increasing, while the number of underperformers is decreasing.

Excellence is replicable — Schools in Charter Management Organizations – like KIPP, Aspire, Alliance — have a better track record of excellence than charters that have no CMO-affiliation.

Does this mean you should run out and find a charter school for your child to attend? Would that choosing a school were so easy! But “charter” shouldn’t be taken as a short-hand for good, or even decent. Each school — be it charter, private or public — needs to be assessed carefully according to its merits and your child’s needs. What this report does elucidate is the varied performance of the vast array of charter schools — from a girl logging onto her computer in her pajamas to a collection of boys dressed in suits and ties and chanting their multiplication tables millitary-style.

No doubt, CCSA has a stake in findings that shine a rosy light on all their member schools. But the broad offerings that make up charter schools, including online homeschool programs to academic-intensive prep-style academies, are far more diverse than the public schools they are compared to — for better and for worse. In the process, CCSA has begun to set its own criteria for what good enough looks like.  In the report, it identified 30 charter schools it will not endorse for renewal.

Ultimately, however, the report spells good news for the charter movement. Not because it proves that charters are always better, but because in all their diversity, they offer a picture not only of what works, but what should be avoided. If nothing else, it shines a light toward future success. Many of these schools — among them the CMOs like Alliance that are dedicated to closing the achievement gap — have made extraordinary strides in disproving those who believe that income level equals educational destiny. And that’s good news for everyone.