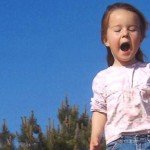 Raising a child with mental illness: What I wish I’d known

8 great survival tips from a mother in the trenches.

When my daughter Sadie (who I wrote about in Bipolar at 5? and who is featured in the video Sadie’s story: The tale of a bipolar child) first started showing signs of abnormal behavior, I had no idea the kind of journey I was embarking on.

Trying to make sense of the opinions of teachers, a parade of mental health professionals, and information gleaned from books and late-night internet searches was often overwhelming. There were so many things I wish someone — anyone — had told me; things that, once I embraced them, made my life easier and my daughter’s path to feeling better that much closer. Each family is unique, so what works for one parent or child may not work for another. Still, there are some general, often overlooked, tips that can aid families struggling to help a child with emotional issues. Here are a few of the essentials I wish I’d known — along with resources for support and information — to help you on this journey.

Sadie is in a much happier place today — she has friends and many passions. Yet just when I think I’ve got everything figured out and we’re in for smooth sailing ahead, things change again. A long streak of stability will be disrupted for reasons neither I nor her treatment team can always explain. And I know we’re likely to hit more bumps in the road as she grows and matures. The jury is mixed about how kids with mental disorders like bipolar disorder and ADHD fare as adults. Some get better, others continue to suffer and can even get worse. My learning curve may not be as steep as it once was, but I don’t think it will ever end.