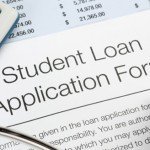 About 8 percent of California student borrowers who took out federal loans for college and entered repayment in 2009 defaulted on their loans within two years — the highest federal student loan default rate the state has seen in at least six years, according to new data from the U.S. Department of Education.

Nationally, student borrowers fared a bit worse. About 8.8 percent of student borrowers — more than 320,000 people — defaulted within two years, the highest rate since 1997, said James Kvaal, deputy undersecretary for the Department of Education, in a media call this week.

While Kvaal said the government tends to recoup most of the money through collections agencies and lawsuits, defaulting on student loans has negative consequences for borrowers. They lose student loan eligibility, get stains on their credit score and could face wage garnishment. Federal student loans typically cannot be discharged through bankruptcy.

Kvaal attributed the high rates to two main drivers: The poor economy and the growth of for-profit colleges.

“We do see a strong relationship between student loan default rates and unemployment rates,” Kvaal said. “We also generally see that credit delinquency rates are a trailing indicator of economic problems.”