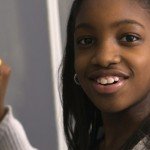 Eighty-five percent of U.S. students live in states adopting the new Common Core State Standards. Here are the essential questions — and answers — to get you up to speed.

Some parents are thrilled. Others are up in arms. But many, dare we say most, are just beginning to get their heads around the fact that something called the Common Core State Standards (CCSS) are expected to be implemented in 44 states and the District of Columbia by the 2014-2015 school year.

So what are they, really? In shorthand, states that have adopted the Common Core aspire to do something never before done in the United States: create a national set of math and English language arts standards for grades K-12.

If you’ve been feeling a little head-scratchy over what they are and what they mean for you and your child, you’re hardly alone. Superintendents, teachers, and yes, journalists are sorting through a mountain of edu-jargon that makes it a challenge to get to the core of the Common Core. After hearing phrases like “Student must have procedural fluency in math” (Translation: Students need to know math fundamentals — like their times tables), it’s no wonder you want your questions answered — in plain English!

Here are answer to 7 of the most common Common Core questions and what you might hope to hear from your school.

1. How might the Common Core change my child’s homework?

The lowdown: Given that the creators of the Common Core Standards describe them as “rigorous,” and “aligned with college and work expectations,” it’s likely that the type of homework your child brings home will be more challenging, if not somewhat unfamiliar. This is not going to be true across the board, and in some cases you may miss certain kinds of lessons that you valued as essential but now aren’t part of the standards. But in general, many of the expectations will be higher.

For math, you may see some very visible changes, most notably that students will be asked to focus on fewer topics, but go into greater depth. For example, in the place of math worksheets filled with 20 multiplication problems, your child might have a math sheet asking her to solve only two or three problems that require more discussion and thought. Students might also be asked to show multiple approaches to solving the same problem.

There may also be a new emphasis on either back-to-basics knowledge or critical thinking skills. For instance, if your school was mostly back to basics, then you’ll likely see more conceptual questions that ask kids to explain their work or find new ways to get the right answer. On the other hand, if you go to a school that already emphasizes a lot of critical thinking about math, you may find there’s a new focus on getting the facts down pat (as well as avoiding the calculator and doing mental math).

For English language arts, students will likely be reading more nonfiction and possibly tackling more complex, challenging texts. This could mean your child will take a deeper dive analyzing what he’s reading. For writing homework, where in the past one term paper might have been assigned per semester, expect that he’ll be getting more frequent writing assignments — in every subject, even math and science. Teachers will also be asking students to cite lots of evidence. The main purpose of this is to prevent kids from slipping through by somehow getting the “right” answer but not being able to tell you why or where they learned what they did. So, does this mean more homework? Unfortunately, there’s no way to know and it depends on the teacher and the school.

What you should hope to hear: “The Common Core is asking students to develop higher-level thinking skills. For this reason, you will see some changes in your child’s homework that may prove more challenging. It may become more difficult, but we will be giving parents and students enough help so over time they can adjust to these new standards.”

2. Will my child’s test scores go down?

The lowdown: Unless you live in a state that has comparablly rigorous standards to the new Common Core, like Massachusetts or California, chances are the answer is yes, at least on state assessments. (In fact, it’s not just a matter of your state; it’s also relevant how well your school teaches to the standards.) In New York, one of the states to recently implement the Common Core, many parents were alarmed by how far their children’s scores plummeted: English language arts scores dropped by 24.1 points; in math, scores went down 33.8 points. But there’s good news: as with previous standardized tests, these scores won’t be part of your child’s academic record. The bad news: if enough students in your child’s school do poorly, depending on the state, it could affect funding for your school and cost some teachers their jobs.

As for students’ in-class tests and grades, yes, they might be lower, again, depending on the state – and school. In states that are already quite rigorous, grades and in-class test scores may not change much at all. In states where the standards represent a raising of expectations (like Louisiana, for example), your child’s in-class test scores and grades might take a dive until, ideally, over time students and teachers adjust to the new standards, and for most – new material and a new way of teaching math, reading, and writing.

Common Core advocates argue that for once, assessments will mean something, since they have been designed to measure proficiency for college and career.

What you should hope to hear: “Until our students take the tests, we don’t know. But our school is doing everything possible to prepare the teachers and students for the new standards. Our goal is to make sure they are getting the instruction and help they need to rise up to the new, more challenging standards. Here’s how we plan to accomplish that goal…”

3. There’s been a lot of negative press. Does our school believe the Common Core is a good thing for our students or not?

The lowdown: Depending on which state you live in and the school your child attends, the switch to the Common Core may be treated as something positive or negative. For schools in states that are more aligned to the standards, the changeover will feel like nothing less than a blip. In other places, the move to the Common Core could well feel like a major 180 degree change. (Check out GreatSchools’ POV on the Common Core.)

One thing is certain: while the eventual goal is to align most U.S. public schools to the same set of higher academic standards, right now there’s a wide disparity from state to state on the Common Core learning curve. This in turn may greatly affect whether a school’s administration thinks it’s a positive change for their students. States and schools who are doing a lot to prepare for the Common Core and giving teachers a lot of support — through seminars and other hands-on training — may be far more excited to implement the new standards. Teachers who are given nothing more than a training manual may be more apprehensive about how to teach to the new standards, not to mention what they will mean for themselves and their students.

What you should hope to hear: “Negative press or not, we will be doing everything in our power to train our teachers and help our students, parents, and teachers make the adjustment — and here’s what we are doing this year…” Even better: “Along with an educational Common Core night for parents and students, we are offering our staff regular professional development with workshops, Common Core instructional coaches supporting our faculty, and weekly faculty meetings where we can learn from each other and refine our own implementation of Common Core.”

4. How much will implementing the Common Core cost our school?

The lowdown: Given the relentless financial woes for public schools, chances are you’ll hear concerns — from top-level administrators to your child’s teachers — about what the Common Core may cost. But at the risk of sounding like a broken record, cost — and whether it will go up or down from years past — will depend on which state you live in. There is a huge disparity in what states are currently spending on their students. If you live in Oregon, where the state currently sprinkles a mere $13 per pupil on standardized tests, it’s a significant increase, given the two companies in charge of the Common Core tests are aiming to keep the cost per pupil just under $30. Other states — such as Hawaii, where per pupil assessment spending peaks at a whopping $105 — will see a significant decrease in the per pupil testing costs.

What you should hope to hear: Ideally, you’ll hear that the cost in your state for testing, and even for implementation, won’t further strain your public school’s budget — or that there’s a plan in place to cover the costs of the Common Core overhaul. Unfortunately, the cost of training and converting to a computerized computer testing system might well prove challenging. (It’s anticipated most Common Core testing will be done electronically.)

5. Will it dumb down standards or raise them?

The lowdown: In a study by the Fordham Institute, researchers looked at two states that already have high standards — California and Massachusetts — and asked whether with the Common Core there would be a lowering of the standards. The answer is an encouraging, “No.” If the Common Core didn’t dumb down standards in these two exemplar states, it bodes well for the other 43 states in the process of implementing the standards.

In Massachusetts, known for having some of the nation’s highest state standards, the Massachusetts Business Alliance for Education (MBAE) commissioned a review of the Common Core to make sure they were at least as rigorous as before. Based on an analysis performed by WestEd, they concluded the Common Core was comparable to Massachusettes standards, and even a little stronger from an employer’s perspective.

What you should hope to hear: “Here’s a resource that explains how our previous state standards compare to Common Core. From our own analysis, we’ve determined the Common Core will raise the bar for our students and prepare them for a successful future.”

6. What resources will the school be offering to help students catch up if they are struggling?

The lowdown: By all means, ask your school about what resources will be available, although the majority of schools are racing to get up to speed with the Common Core.

What you should hope to hear: “There is additional tutoring available for students who are struggling, whether in reading, writing, or math.”

The Council of Great City Schools offers a wealth of detail about the standards and what they might mean for your child’s school and, most importantly, for you and your child. Also helpful: the Common Core Standards website, where you can gain an in-depth understanding of its goals, its specific standards for ELA and math at each grade level, and its creators’ take on the myths and facts about the Common Core. Although created for educators, Achieve the Core makes it easy for parents to see sample work by grade. The Hunt Institute produced this quick (admittedly pro-Common Core) video to explain the basics. Finally, GreatSchools will continue to bring you the latest on the Common Core, with a focus on what it will mean for your school, your child, and you.