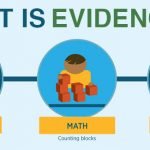 Education standards are turning kids into sleuths — every day in every subject — by asking kids to show their evidence.

One recent morning at Gateway High School in San Francisco, the kids in Laura D’Amato’s ninth grade humanities class were hunting for evidence.

The assignment? The class recently started a research project on social movements around the world, and that morning they were reading articles on their topic and taking notes. As D’Amato quietly circled the classroom, checking notes and answering questions, the students pored over articles, looking for evidence to support their theses. Their final papers will be three pages long, but they’re required to write six pages of notes (eight pages for honors students). “We’re in the information-gathering phase at this point,” D’Amato told the class. “We’re putting the net out and gathering as much evidence as possible.”

Parents can expect to hear the word “evidence” a lot under the Common Core State Standards (CCSS) — beginning in the earliest grades. Even very young children are expected to provide evidence to demonstrate how they know what they know. In kindergarten, for example, students may “show evidence” by pointing to pictures in a book they’re reading. In math, they may stack blocks to show that three plus three equals six.  By the fourth grade, kids are asked to write argument papers with multiple reasons for their opinion, each with concrete pieces of evidence.

David Liben, who was involved in the creation of the Common Core and is now Senior Content Specialist at Student Achievement Partners, provides this simple explanation of evidence under the learning standards: “It means asking children two questions: ‘What is your evidence?’ and, ‘How did you figure that out?’ The point is to ask students to answer not just based on their thoughts or opinions, but on evidence in the text.”

One of the goals of the Common Core Standards is to teach students to read harder and deeper, and, like D’Amato’s ninth graders, to make arguments and develop their theses based on information they find in their reading. As David Coleman, one of the principal architects of the Common Core Standards, puts it, the goal is to, “Read like a detective, write like an investigative reporter.”

Laura D’Amato says that this kind of deep reading and critical thinking have always been emphasized at Gateway High School. “This is what we’ve always done, but now the standards support us in doing it,” she says.

But this isn’t the case at many schools around the country. Liben and other CCSS advocates point out that in recent years, high school writing in U.S. schools has been dominated by personal essays, based on students’ opinions and experiences. According to Liben, “It’s been common to ask students their opinion of what they’re reading, how their experience compares to the experiences of the characters in the story, how the reading makes them feel, or how the reading relates to what they know about the world. In the last few decades, these kinds of questions have replaced analysis of the text itself.”

The trouble is, this kind of reading and writing doesn’t prepare students for the demands of college and the work place, as David Coleman points out, “It is rare in a working environment that someone says, ‘Johnson, I need a market analysis by Friday, but before that I need a compelling account of your childhood.’ That is rare. It is equally rare in college, by the way.”

Research confirms this point. In a survey conducted by ACT, for example, college faculty agreed that the ability to “develop ideas by using some specific reasons, details, and examples,” and “support claims with multiple and appropriate sources of evidence,” are essential for college. Employers also point to critical thinking as a key skill in the modern workplace.

David Liben cites another, perhaps surprising, reason that focusing on evidence (versus personal opinion or experience) is important: it promotes equity. He points out that when class discussions and writing assignments are limited to personal experience, it favors the kids from the most educated and affluent families: “Say the class is reading a text about traveling to another part of the world, or about discussions around the dinner table,” he says. “A child with a single mother who works all the time may not be able to relate at all.” If, instead, the discussion is about the text itself, “Then everyone can participate. It levels the playing field.”

For D’Amato, this approach also fulfills one of the key goals of education. “Learning to look for evidence to support your arguments, instead of just following your assumptions and prejudices — this kind of critical thinking is a skill that everyone needs. When we’re thinking big about the kind of citizens we need and the kind of society we want, these skills are essential.”

The search for evidence can look very different, depending on the age and stage of the students. In kindergarten, for example, if the teacher asks where the story she is reading takes place, a student may point to an illustration of trees to show how she knows that the story is set in the forest. Children too young to write can illustrate what they know by drawing a picture, talking about an idea, or asking a teacher or parent to write the words for them.

In the later elementary school years, children may be doing the same kinds of assignments as they did in the past — say, a report on an animal — but they’ll be required to show how they know what they know using key facts from books or articles.

For older kids, like D’Amato’s students, evidence looks like students marking up and taking notes on articles from credible sources, and searching for information to support their essay arguments. It also looks like novels and nonfiction books tagged with sticky notes to flag new vocabulary words, key events and characters, and essential points in the reading. The emphasis on evidence in the Common Core extends across subjects — not just humanities, but science, technical subjects, and math, where students are expected to show their work and explain, step-by-step, how they got the answer, sometimes in writing or speech, sometimes using objects.

The increased emphasis on evidence goes hand in hand with other key shifts under the Common Core Standards, including reading more informational (or nonfiction) texts, beginning in the earliest grades, and reading texts of steadily increasing complexity as students advance in school.

Show me the evidence

Sometimes students struggle with repeated requests to provide evidence for their words and numbers — and the rigor these demands represent. One fourth grader moaned as if in dire pain that the opinion paper template her teacher had passed out (requiring three reasons for the opinion, each backed by three pieces of evidence) was “changing my brain.”

But the concept has a kind of basic logic that kids can understand. Before leaving D’Amato’s classroom, I asked one of her students if evidence is a word he hears a lot. “All the time!” he says, with a world-weary eye roll. Does he think this is a good thing? He shrugs, as if the answer is obvious. “If you make an argument, you need to be able to back it up.”