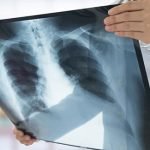 As a child, did your teen want x-ray vision as their superpower? They may be interested in this growing field helping to diagnose and treat diseases.

Shirley Sayavond, 54, first became enthralled with the field of radiology as a teenager. “When my father was diagnosed with lung cancer, I visited him at San Francisco General,” she says. “Every morning I would watch them check his x-rays.” Now, she’s paid well to see inside the human body, scrutinize anatomical systems, and be part of a team diagnosing and treating disease.

A radiology technologist performs imaging exams on patients and earns an average of $57,450 per year. What’s more, this career path offers abundant opportunities for advancement. Sayavond, for example, is now a registered cardiac intervention specialist making $60 to $65 per hour — equivalent to a six-figure salary.

Why is radiology technologist such a fast-growing career?

Jobs in this field are projected to grow an illuminating 9 percent nationally from 2014 to 2024, according to the Bureau of Labor Statistics. This means there’ll be nearly 200,000 open positions in hospitals, doctor’s offices, and medical and diagnostic laboratories.

“Rad Techs” are increasingly in demand as the services they provide become more necessary, and accessible. An aging population, for example, means increasing incidences of diseases like cancer and Alzheimer’s. And x-rays are only the tip of the radiological field — multiple other imaging techniques are also utilized and being developed in this quickly advancing field.

Embarking on the “Rad Tech” path

Sayavond’s childhood was traumatic. Her family escaped Laos after the Vietnam war, lived in a refugee camp in Thailand, and then finally immigrated to the US. Although her English was limited, Sayavond enrolled in an affordable two-year Radiology Technology program at San Francisco City College that led to an associate degree. She studied anatomy, pathology, patient care, radiation physics, and image evaluation. Her hard work — including studying English — paid off.

“When I finished my internship,” she recalls, “I was immediately offered a job at St. Mary’s Hospital in San Francisco, where I made $26 or $27 an hour.”

Sayavond says customer service is one of the most important aspects of her job. “You need good communication skills,” she explains. “You need to be diplomatic with patients who are angry and take it out on you. You need to listen, acknowledge, and understand they’re under a lot of stress.”

Radiology technologists also need to be detail-oriented and capable of following precise instructions. Math and technical abilities are required to calculate the correct chemical dosages used in imaging procedures and to operate the complex, expensive equipment. Physical strength and stamina help, too, when lifting and moving patients who need assistance and working on your feet all day during long hospital shifts. “Sometimes it’s very demanding,” Sayavond says, “especially when I’m on call — and I’m called in when I’m already tired.”

Career growth in a growing field

Sayavond’s salary rose sharply as she learned additional imaging techniques. “I took more classes all the time,” she explains. “I learned to do CAT scan, mammography, and bone densitometry, to detect osteoporosis. Then I learned all about the heart, each chamber, how it flows, and how to take pictures.”

For the thrill of the job

Sayavond maintains her fascination with radiology. “I love my job and I learn every day,” she exults. “It’s very fun and rewarding.” In her current role, she helps patients survive cardiac trauma. “We’re saving lives!” Shirley exclaims. “We open up the blood vessels so they can survive.”

This is part of a new series highlighting post-high school pathways to success for teens whose plans don’t include four-year college. These are careers with great growth potential that don’t require a four-year degree. Read our list of 42 up-and-coming careers that don’t require college (and 10 to avoid) and read our other career spotlights on dental hygiene, web development, and photography direction.