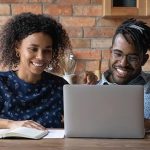 When meeting parents where they are means not making them come to meetings at all.

The rise of family engagement as a field of education has historically amounted to an array of programs, efforts, and tech tools designed to lure parents into getting involved in their children’s education and support the school. Most commonly, the challenge from the school’s perspective is framed in terms of how hard it is to get parents to show up.

A couple of decades ago, in frankly more ignorant times, I heard even “equity-minded” school representatives express frustration that uninvolved parents “didn’t care about education” or “didn’t understand why education was important.” Although rarely spoken out loud, the implication was that these uninvolved parents came from low-income and underserved communities and their lack of involvement reflected their shortcomings, not the system’s. In recent years, blaming parents has given way to the awareness that seemingly less engaged parents have a million legitimate reasons for not showing up at school on a weeknight. They are overworked, don’t know the language, and distrust a school system that has too often failed them and their children. Still, a professional frustration remained: How can we get parents to show up at the allotted time and place? What can we do to get them to attend PTA meetings and open houses? Communicate with the teacher? Volunteer? Turn out at school board meetings?

In the wake of a year of online learning, we interviewed more than 30 public school leaders and educators about the lessons they learned. For most, when it came to student interaction, the old idiom “absence makes the heart grow fonder” rang true. Educators dearly miss the face-to-face relationships with their students. But during this year of pandemic pain, family engagement suffered a sea change into something rich and strange. Instead of demanding (and repeatedly failing) to get parents to show up on the school’s terms, family engagement came to them. And guess what? Parents showed up — in droves.

At Valle Verde Early College High School in El Paso, TX, they usually host monthly in-person parent meetings that offer parents an open forum to learn about issues at the school and then hear a talk about a range of topics from suicide to financial aid. Typically a given event will attract 60 to 80 parents — an incredible turnout for any school, but especially so for a small high school like Valle Verde, which has less than 400 students.

But when the program went online in the fall, the attendance revealed how many more parents wanted to be involved.

“We crashed the system,” recalls Principal Paul Covey. “Because the first time so many people showed up, we had 260 people.” (The turnout represented 67 percent of all the families in the school.) The demand was so great that they had to offer the program on consecutive nights to support the whole community.

“We learned that parents will show up online,” Covey says. Perhaps more importantly, they were engaging parents who might never have attended in person. Zoom cameras, which many parents left on, offered educators a window into what parents were dealing with at home.

“[W]e see people making dinner, we see people doing laundry, but listening and asking questions, but they’re taking care of life responsibilities,” explains Covey. “They wouldn’t show up because they had to make dinner or do laundry.”

For years Mater Performing Arts Academy in Hialeah, FL, offered a Parent Academy, which typically lures parents to in-person evening meetings with the promise of a free dinner.

“It may not be the best food in the world,” says Judith Marty, chief academic officer of Mater Academy Network and former principal of the Performing Arts Academy. “One time will be spaghetti made at the cafeteria or we order Chinese food.”

This year, current Principal Jose “Tiger” Nunez began leading the Parent Academy online. “Tiger is not giving them anything, but he’s got 200, 300 parents,” recalls Marty. As at Valle Verde, the program had to take on a new form to respond to parent demand. Instead of all the parents together, he broke it up into grade-based communities.

“We had to run it for three or four nights to give the parents a chance,” recalls Nunez.

Reaching all parents, without the stigma

Like many other schools this year, Alamo Elementary School in San Francisco, CA, saw attendance at PTA meetings nearly triple when they moved online. But it was with the parent education class that the benefits of going virtual became most apparent. The small-group, eight-session program is typically offered during the school day and caps its attendance at eight families. But even with such small numbers, recruitment could be difficult. Once the program shifted online, many more parents accepted the invitation.

“I was able to recruit families who have not been able to participate in the past because they were not able to take a half day off of work and show up at the school,” explains social worker Vida Sanford, who runs the program. Previously, Sanford conducted outreach to many more families just to find the eight families who would enroll. Going virtual had additional benefits. Because of limited physical space available at the school, the groups could never be more than eight or take place at a time more convenient for parents. The online program afforded more flexibility: allowing a few more families to join and switching to a more convenient time for working parents.

Most importantly, it changed how parents felt about participating. “Several parents shared that they appreciated the the virtual meetings for being more private and confidential,” Sanford says. “Before it was very obvious that a given family was attending a group with the ‘social worker’ — and that felt stigmatizing for some families.”

In conversations with school leaders across the country, we heard this story again and again. By putting PTAs, parent education programs, and school board meetings online, the problem of parent participation disappeared. Unlike some of the other crisis-era education innovations that educators say they will use judiciously in the future without replacing their old practices, the transformation of family engagement this year constitutes an unmitigated success. Never before have so many schools reduced the barriers to family involvement in a way that allowed even the mother with a newborn baby and a pile of dirty laundry to fully participate. No emails imploring parents to show up, no promises of Kung Pao Chicken platters. Just parents gathering to learn and support their school — but on their own terms.

Schools have long known that reducing barriers to family engagement is key to bringing in those families without the resources, time, or trust to participate in the old way. But it took a pandemic shutdown to change school practices. Schools should celebrate this new, more equitable normal for family engagement. But shouldn’t we also ask: what other barriers might our schools remove to make the system more equitable? What other simple change is staring us in the face?

This article is part of a series detailing innovations in education discovered during the COVID-19 pandemic by some of the nation’s highest-performing public high schools.