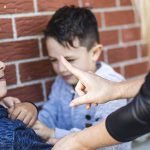 Getting to the bottom of discipline at your child’s school

Who's in charge of discipline at your school? Connect to the right person with this guide to discipline decisions.

When you’re dealing with a discipline issue, it’s important to understand the roles of various decision-makers in a school community. Read on for a glimpse of who’s got the power and what kinds of decisions they make.

The school’s role in discipline decisions

Many issues of school safety and discipline are best addressed at the school level. Consequences for student misbehavior — short of actions requiring mandatory expulsion — generally vary from school to school. Schools must provide written notice of school rules and discipline procedures to students and parents.

State law requires that every school have a Comprehensive School Safety Plan. The plan, which should be developed by the School Site Council and reviewed annually, should include standards for student conduct as well as procedures for everything from natural disasters to bomb threats.

The district’s governing board must prescribe discipline rules, consistent with state and federal law, for the schools under its jurisdiction. Boards must also adopt policies and regulations regarding sexual harassment and a variety of other safety issues.

By law, schools in California are required to recommend students for expulsion who have:

Upon finding that a student presents a continuing danger to other students or that other means of correction have failed or are not feasible, schools in California should recommend for expulsion students who have:

The above lists cover incidents that occur on school grounds, going to and from school, and during lunch and at school-sponsored activities. Schools can suspend or expel students for various other offenses, as long as the students’ actions relate to school attendance or school activities.

When a student is recommended for expulsion, the school board has the final decision. While zero-tolerance laws mandate that school districts recommend students for expulsion for certain offenses, a board has the power to suspend expulsions and set specific requirements, such as assigning the student to a specific school, class or program deemed appropriate for the rehabilitation of the student. If the student subsequently commits any “suspendable” or “expellable” offense, or violates any of the district’s own rules and regulations, then the governing board may reinstate the expulsion.

The County Office of Education’s role in discipline decisions

The Ed Code requires that schools report students to law enforcement agencies in specified situations. This includes possession or use of weapons or controlled substances, as well as incidents in which a student attacks, assaults or menaces any school employee.

Other key influences on discipline decisions

To keep students safe, schools must depend heavily on the cooperation of parents and the larger community including: