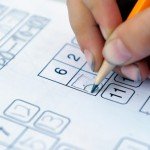 Where does your child fit into the global picture of education? (And should you care?)

As the world economy accelerates competition for jobs and (let’s face it) college spots, international comparisons between school systems have ramped up as a measure of our darlings, American children.

Where do our kids stand against these international metrics? Are we lagging or keeping up? Is benchmarking our babies against the children of other countries even worth paying attention to?

The angst has often focused on our students’ less-than-stellar performance in math and science – fields that are expected to produce a bumper crop of jobs for decades to come. The holy quadrinity of STEM – a.k.a. science, technology, engineering, and math – has been the rallying acronym for politicians and educators for decades.

Last year, the Unites States’ lackluster math performance in the PISA – which tests 15 year-olds in 67 countries and school systems across the world – garnered big headlines, especially in comparison to Shanghai (embodying the long-day, high stakes testing model) and Finland (another high-performing nation, which embodies an equity-for-all, never-teach-to-the-test progressive education). Policy makers gnashed their teeth about America falling behind. Economists calculated lost productivity based on our children’s low-test scores. Contrarian pundits contended that the tests were irrelevant since America remained the global leader of innovation and entrepreneurship, two qualities rarely required when filling in bubble tests.

Then last December came the release of the 2011 Trends in International Mathematics and Science Study, or TIMSS, a test administered to nearly 500,000 4th and 8th graders in math and science in more than 54 countries and 20 other education systems.

TIMSS, they are a changin’?

Unlike PISA, TIMSS seemed to offer a more promising view of America’s math and science readiness. At 4th grade, the United States was among the top 15 education systems in mathematics, scoring higher, on average, than 42 education systems but lower only than 8 (which included many of the PISA high-flyers like Korea, Singapore, and Japan). This represented substantial improvement since the test was first administered in 1995.

The picture was similar with the science test: America ranked on average among the top 10 systems in the 4th grade. But by 8th grade, our science performance had again fallen: we ranked only among the top 23 systems.

Despite such rosy results in the younger years, William Schmidt, co-director of the Education Policy Center at Michigan State University, explains that the TIMSS confirms more than contradicts other disappointing international test results.

“If you look at PISA and TIMSS and limit yourself to the same set of countries,” he says. “They tend to tell the same story, which is that the United States is not doing very well by international comparisons.”

Perhaps most troubling is the downward trajectory that the TIMSS results suggest. Back in 1999, the Unites States also participated in TIMSS, testing students in the final year of high school, which the U.S. has since opted out of. In that year American scores decreased sharply as the grade level rose. Relative to test results of other nations, American kids performed worse as they grew older, moving from above average in 4th grade to average and below average in 12th grade. The drop in scores from 4th to 8th grade has remained consistent since then.

What should we make of the idea that our 4th graders stand up well internationally, but our 12th graders don’t?

Schmidt believes it reveals deeper issues about our approach to education. The falling test results as children grow older “really reflects our system and our curriculum and what we expect of kids: that we don’t challenge our children,” he says.

Math standards are particularly different from other countries in our middle school years. “We spend those middle grades studying arithmetic again, when the rest of the world moves on to algebra and geometry,” he says.

Such tests, Schmidt explains, point out the problem, but not the answer. “The deep down issue is that their standards in math and science are much higher than ours.”

Common Core to the rescue?

Schmidt believes that the Common Core State Standards now adopted by 45 states in the nation for K-12 math and English Language Arts, may pave the way to the kinds of higher expectations that will change the falling trajectory of American children’s math performance. “It raises the bar so we have the same standards as the top achieving countries,” explains Schmidt. “These are truly internationally benchmarked standards.”

Not all experts are so inclined to draw conclusions about these tests. “Younger kids do rank higher, but that may not be related to performance of the schools,” said Tom Loveless a former Harvard policy professor at the Brookings Institute. “We shouldn’t assume this suggests our elementary schools are more competitive. That would not be an accurate interpretation.”

Then what is the right way for parents to make sense of the TIMSS? Disparate test scores may have little to do with the efficacy of the school system, argues Loveless, but may instead reflect distinct cultural values, differing youth cultures, or parenting styles.

Even if the international tests seem to have very little to do with our children’s immediate lives, they can offer a new vantage point on our culture and our schools.

For Schmidt, the parents’ role in helping their children learn to higher standards is an essential one: “Make sure your child’s school is teaching to the new standards.” This may entail changes to the curriculum and the way children are tracked. For instance, he says the Common Core will do away with tracking kids in middle school math, a practice unknown in other high performing countries and which allows a huge portion of children to fall behind.

“What I like to say when I speak publicly: ‘What part of common do you not understand? Common means for everyone, not just a few.’ So it helps move us away from inequalities in our system.”

Such changes, says Schmidt, may result in “more failure and more homework,” but in the long run, it’s worth the effort. “As parents we have to be aware this is important. But it’s not going to be easy: it’s going to be more demanding and more work for kids. But easier is not the answer.”