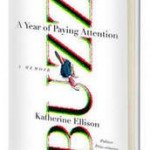 Buzz: A Year of Paying Attention

An excerpt from Katherine Ellison's new memoir about her son's battles with ADD.

I stayed on the anti-med warpath through the spring of 2007, even as Buzz took a definite turn for the worse. By then, he was fighting every morning against going to school, even missing the bus on purpose, obliging me to drive him and then, often, push him out the door. “I hate you!” he’d yell at me, day after day.

How in the world had we reached this point? I could so easily remember when motherhood seemed like the high point of my life, when I was energized rather than depleted by signs of Buzz’s take-no-prisoners-will. Pacing the floor for an hour at a time with my yowling infant, I’d sometimes picture myself as Menelaus, in that scene from “The Odyssey” where he wrestles the sea-god who morphs from a lion to a serpent to a leopard, to finally — asleep at last! — a flowering tree. The trick was to keep holding on, and I did. Hemingway, keep your bulls and big fish! This was true life-or-death drama, giving my life an exhilarating new focus.

Barely a decade later, however, I was no longer the brave heroine, and I often wondered how much longer I’d be able to hold on. By that awful spring, Buzz had not a single close friend, or any interest to engage his lively mind, besides TV and Gameboy, and his ever-more-elaborate visions of the costly gifts I should buy him. Jack and I shuddered at these portents of values so determinedly opposed to our bean-eating, Prius-driving, debt-averse lifestyle. Were we nurturing the next Donald Trump?

At home, he was constantly in a rage: swearing, throwing things, banging his head against the wall. I felt terrible for him, but worse for myself, thrown back to the worst nights of my own childhood, with that old, breathless tightening of panic in my chest, wanting nothing more than to run away from home.

After hours of being railed at by Buzz, I’d pick a fight with Jack the minute he walked in the door from work, a passing-a-slap-down-the-line routine that as he wittily observed came straight from the “Three Stooges.”

“Do you think the sofa needs to be cleaned?” he might innocently ask.

“Why are you asking me? Why don’t you take charge of something around here for a change? And why don’t you start acting like a parent, while you’re at it?” I’d snarl. I was already aware of the reports announcing that mothers and fathers of clinically distracted children with attention issues are more than twice as likely to separate or divorce. But why did I already feel so alone?

Back then, it seemed like every time I turned around, I’d see Buzz gulping down another one of those super-sized “energy drinks” in vogue at his middle school — the ones with names like “Red Bull,” “Monster,” and “Rock Star.” He’d buy them with money he said he’d “found,” or sometimes I’d give in to his begging and buy them for him. I recalled the Concerta-pen doc’s warning that without pharmaceutical support, Buzz would “self-medicate,” and fretted over the cumulative effect of all that unregulated caffeine, taurine, guarana and God-knows-what-else. Maybe Ritalin was the more heart-healthy choice!

Other parents — those well-rested, youthful-looking, skiing and bowling and yucking-it-up-with-their-kids other parents I’d see around the elementary school — by then were clearly avoiding me. I suspected that if Buzz had autism, God forbid, or even a leg in a cast, I’d have more friends. But here was a kid who seemed normal, even unusually bright, when he wasn’t behaving atrociously. Why wouldn’t they blame his lazy, incompetent mom? I sure would have.

By April of that year, my afternoon telephone rants to my mother had reached such a pitch that she sent an SOS to her brother, a child psychiatrist (our family is full of them) in Los Angeles. On a Sunday afternoon, Jack and I gave the boys an extra hour of Gameboy while we talked to Uncle David on the phone. After listening patiently to everything we told him, he quietly told us that it was “imperative” to start Buzz on meds. He also cited the MTA’s conclusions that the stimulants were effective and safe.

I trusted my uncle. But could I trust the MTA?
. . . .
But then came another of those endless, after-school late afternoons, when Buzz and I were fighting again, for a reason I no longer remember. The part that I’ll never forget is when he ran into the kitchen, grabbed a butcher knife, waved it at me, and then held it against his own throat.

He was saying something I couldn’t hear over of the sound of someone screaming.

Hold on, that was me screaming.

Could this get any worse? What scared me so much more than Buzz’s anger, by then, was my own — particularly when he seemed to threaten Max’s safety, igniting my most primitive maternal rage. I’d grabbed him and shaken him on several occasions by then, always to my anguished remorse. Later I’d learn that clinically distracted children are significantly more likely than peers to be physically harmed by their frustrated parents. Other parents, when they can afford it, simply ship their unmanageable offspring off to wilderness programs or boarding schools. I never imagined I could join them. I always thought I had one of those magical mother’s hearts, which would keep on thumping, no matter what. And yet by this time I’d already brandished the nuclear bomb of parenting. “There are places,” I’d told him. “Military school. Boarding school. The point is this just can’t continue. You. May. Not. Destroy. This. Family.”

As I watched my desperate son wave that big knife, however, I felt my heart thumping again. Buzz noticed the tears in my eyes, and joined with me, crying, and dropping the knife, as Max, also weeping, ran in from his room. I wrapped my arms around them both, as, ashes, ashes, we sunk to the floor.

Stop. Stop. How could I make it stop?

From Buzz: A Year of Paying Attention by Katherine Ellison. Copyright (c) 2010. Published by Hyperion Voice. Available wherever books are sold October 5, 2010. All rights reserved.