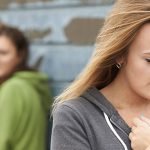 What parents need to know about cyberbullying

Online bullying is a reality for today’s teens and tweens and it shouldn’t be ignored or minimized.

Someone posts a photo to Instagram and is told by hundreds of users that they are fat or ugly.
A Facebook post is attacked for no apparent reason, first by one and then by all of the poster’s ‘friends.’
Someone takes an embarrassing photo of someone else and posts it to social media where everyone comments, insults, and points out their flaws.
One person is publicly excluded from gatherings.
A crowd singles out someone to harass on social media – because of race, sexual orientation, or disability.
A kid meets a stranger online is hounded and harassed by them.

From the moment they engage with the internet, kids are subject to criticism and character assassination from their peers and strangers. When it happens, it’s a form of psychological bullying that has a host of repercussions that parents need to be aware of.

Today’s parents know that bullying is a serious matter. “Bullying, long tolerated by many as a rite of passage into adulthood, is now recognized as a major and preventable public health problem, one that can have long-lasting consequences,” reads an in-depth May 2016 report from the National Academies of Sciences, Engineering, and Medicine. “Those consequences—for those who are bullied, for the perpetrators of bullying, and for witnesses who are present during a bullying event—include poor school performance, anxiety, depression, and future delinquent and aggressive behavior.” Victims of bullying are somewhere between two and nine times as likely to consider suicide as non-victims. A study in Britain found that at least half of suicides among young people are related to bullying.

Unlike the in-person bully, the cyberbully is not limited by school hours, proximity, or physical strength. Their domain extends everywhere tweens and teens live online—Instagram, Twitter, Facebook, Snapchat, Tindr, Omegle, YouKnow, and others. For kids raised on social media, the bullying that happens online is every bit as real as bullying that happens in person. And unlike encounters with in-person bullies, there is no escaping online interactions. Cyberbullying can reach kids anywhere, even at home or other places they should feel safe.

Amanda Todd killed herself in 2012 after suffering merciless online bullying by a stranger she met online. He persuaded her to make a topless video of herself and threatened to share it with her school if she refused to continue to expose herself to him. Then he shared the videos he made of her, which led to her being bullied at school. Her parents moved and changed schools repeatedly to get her away from her tormentors, but the man tracked her down and started the harassment at every new location. Before committing suicide, Amanda posted a YouTube video telling her story of being bullied, harassed, and sexually exploited online. Her family established the Amanda Todd Legacy to raise awareness of cyberbullying.

In 2015, Jadin Bell, at age 15, surprised everyone who knew him by hanging himself from the playground equipment at a local elementary school. The only openly gay student at La Grande High School in La Grande, Oregon, he was apparently popular but he was bullied intensely in person and online.

The bullying of Emilie Olsen started in the fifth grade. Adopted, Chinese, and living in Fairfield, Ohio, she was first tormented for wearing camouflage and cowboy boots. It got worse the following year when she was accused of being gay and her classmates invited her to kill herself. A fake Instagram account was set up to harass her. Students wrote slurs about her on the bathroom walls at her school. She shot herself in 2014, when she was thirteen. Her parents are suing the school for not doing enough to stop the bullies and for obstructing the investigation into her bullying.

How common is it?

The National Education Association estimates that 20 to 25 percent of adolescents have been bullied via their cell phone or the Internet. An August 2016 study from Microsoft and the National Cyber Security Alliance (NCSA) found that 39 percent of online teens report that someone has been mean or cruel to them online or via apps in the past year. According to the victims, those messages were about something the teen said or did (52 percent), their appearance (45 percent), their sexual orientation (27 percent), their gender (25 percent), or their race or ethnicity (24 percent).

According to Robert Reichmann, CEO of Visr, a social media monitoring tool that alerts parents to bullying and other online dangers, “Cyberbullying starts at about eight. But if you look at a heat map of bully activity, it peaks at 12.5 to 13.5. That’s when we usually see a peek in bully activity.”

And while we might be more concerned about the possibility of a stranger targeting or bullying a child online, cyberbullying usually happens between kids who know each other, were once friends, or who dated, according a study by the American Sociological Association.

What can you do?

As social media tools continue to expand at a rapid rate, monitoring your child’s online interactions becomes more and more difficult. Some parents ask for their kids’ logins for social media or follow them in the apps they use. Tools such as Visr or Bark can be helpful for monitoring phone and social media use, and will alert parents if indicators of bullying occur. But they aren’t foolproof.

And forbidding your child from using social media is not likely to protect them. According to the Microsoft NCSA study, 60 percent of teens say they have an online account their parents are unaware of (though only 28 percent of parents think their kids have one they don’t know about).

“If parents believe cyberbullying is occurring, there are a few things they can do,” says Jennifer Hanley, Director, Legal and Policy at the Family Online Safety Institute.
“They can try to address it with parents of the other student if they feel comfortable with that route. They can also help their child report it on the social platform where it took place. They may want to do a screen capture of the bullying behavior and then block the user or report it to the social network when it is something they can’t handle.”

Because cyberbullying has become such a pervasive problem, every state has new or amended laws or policies in place to guide schools and law enforcement. Your child’s school is obligated to intercede when bullying occurs.

“At the same time,” says Hanley. “Schools have limitations if the cyberbullying is not taking place at school. It needs to create a ‘substantial disruption’ for the school to be able to act on speech that is happening off campus. One legal trend in the past few years is to extend what counts as school. So some policies cover after-school events, the school bus, and using school devices.”

If there are threats of harm to your child, you or the school should involve law enforcement. Currently, there is no federal anti-bullying law, but existing laws around discrimination may apply, says Hanley. “If someone is a victim because they are a member of a protected class (gender, race, disability, etc.) then obligations under civil rights laws may apply and the school will need to investigate, report, and address the behavior. Parents should be aware that both the Department of Justice and Department of Education take these issues seriously and are useful resources when needed if they feel that schools and district administration aren’t doing enough.”

Talk about it before it happens

According to the Microsoft NCSA study, only nine percent of teens say they would talk to their parents if they were having problems online. Forty percent said their first call for help would be to a friend. Michael Kaiser, Executive Director of NCSA, points out that this as a great opportunity to start the conversation by talking to your child about the issue in terms of how they might advise a friend, rather than putting the focus on their own life. “Parents need to help kids strategize about what to do when bad things happen online. They also need to help kids build up resilience so that bullying isn’t so devastating. And, if we know that the teens will likely be called upon to help a friend, this is an opportunity to talk to teens about what to do when that call comes.”