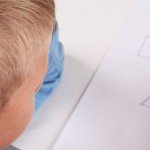 Your fifth grader and math under Common Core Standards

Why does math matter? It’s a question your fifth grader will likely ask at some point. So here’s what to tell your fifth grader: without math we wouldn’t understand gravity. Math is behind nearly every game-changing scientific discovery. Isaac Newton, spoofed in cartoons for developing the theory of gravity after an apple fell on his head, was a mathematician.

Here are the 8 math skills your child should learn by the end of fifth grade:

Math problems become a little more sophisticated in fifth grade. Instead of a simple 5 x 8 or 46 + 37, equations have multiple parts. Your child will start using numerical symbols that let her know how to solve them.

Fifth graders learn about patterns by drawing graphs and tables that show the relationship between two sets of numbers that are related.

For example: Claudine’s dog, Sunshine, runs twice as fast as Claudine. By correctly filling in the missing number on the following table, students show they understand the pattern in this numerical relationship.

Your child will also learn to add, subtract, multiply, and divide decimals to the hundredths. And when they find their answer, they’ll often be asked to round decimals to the nearest one, tenth, hundredth, or thousandth.

There’s also a little more to division this year. Fifth graders will divide whole numbers with up to four digits by two-digit numbers and get numbers with remainders or answers with decimals.

In fourth grade, your child should’ve mastered how to find common denominators (the bottom numbers) in fractions. This year, fifth graders use that skill to add and subtract fractions and mixed numbers with different denominators.

Your child will also be expected to solve word problems containing fractions and mixed numbers with different denominators.

For example: There are two pies. Mary eats 5/8 of one and Jack eats 1/3 of the other. How much pie remains? To answer this, your fifth grader has to find the common denominator for eight and three, add the fractions, then subtract what they ate from the total to see how much is left.

Fractions also get flipped this year as students learn that dividing fractions and whole numbers is not what it seems. For example, dividing 8 by 1⁄2 is really asking how many times 1⁄2 fits into 8. The answer is 16. On the other hand, dividing 1⁄2 by 8 asks how to break down 1⁄2 into 8 equal and smaller fractions. That answer is 1⁄16.

Measurement in fifth grade is all about learning to convert from one unit of measure to another within the same system and using those conversions to solve word problems.

For example: Matthew asks for 7 ounces of milk. Adriana asks for a cup of milk. Who will get more milk?

For example: Jonathan can run one kilometer in 11 minutes. Carol can run 3 meters per second. Who is faster?

Students will also need to solve these problems with fractions and show them on a line plot.

For example: Marisa polls her classmates about how many hours they spend reading each week and shows their answers on a line plot. 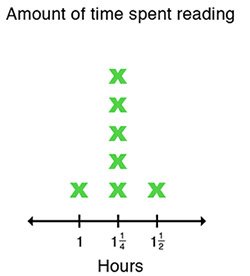 Turn up the volume

Fifth graders improve their understanding of volume by learning to measure the volume of different three-dimensional shapes. In addition to counting how many unit cubes it takes to fill a shape, which they learned in fourth grade, students learn to use the formula to find the volume of a rectangular prism: V (volume) = L (length) x W (width) x H (height). Kids also learn the formula to find volume for a right rectangular prism: V (volume) = B (area of the base) x H for a right rectangular prism. 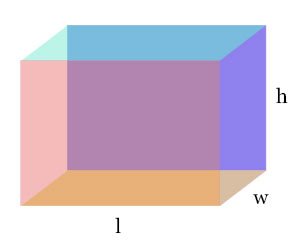 Inspire your fifth grader to work hard in math by reminding her that math helps us answer questions about the mysteries of the world — including how much chocolate fudge she’ll get if she shares that ½ box with you and her sibling, of course.

See how fifth graders in our math Milestones videos do when faced with adding and subtracting fractions with different denominators.