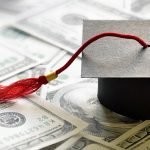 They may be attending four-year institutions, but most students take longer to get their bachelor's degrees. So how will parents and students pay for the extra years?

When parents prepare to finance their child’s college education, they often count on their child to graduate in just four years. However, earning a college degree can take longer. In fact, only 39 percent of students attending public colleges graduate in four years, while just 61 percent of their peers at private, nonprofit colleges graduate in the same timeframe. Overall, average time-to-degree was 5.1 years for students who graduated in 2014-15, based on data from the Urban Institute.

Overtime (OT) in college translates to a very different financial ball game. It means a significantly higher total cost for a college education. A student entering a public, in-state college in 2017 will pay $22,953 in tuition and fees for a fifth year of school, based on data from College Board. That extra year would raise the overall price of a degree from $85,935 if completed in four years to $108,888 if completed in five.

Exactly how much longer than four years?

While each student is obviously unique, certain statistics can provide useful parameters as parents evaluate their child’s potential time to graduation. In its 2017 Condition of Education report, the National Center for Education Statistics (NCES) examined time-to-degree for students who began seeking bachelor’s degrees in 2009. The results are as follows:

Why does it take more than four years?

A number of reasons explain the delay. Here are the six most prevalent obstacles to graduating on time.

Not every student enters college prepared to take college-level courses. Complete College America estimates that 42 percent of all students require remediation when they enroll in two- or four-year degree programs.

While students generally need to take 15 credit hours per semester to graduate in four years, not all students do. Some colleges also have requirements beyond the typical 120 hours needed to earn a degree. Undergraduate capstone projects or additional course requirements for certain majors, for example, can provide challenging learning experiences for some, but can slow other students down as they work toward graduation.

About 72 percent of students juggle jobs along with coursework while earning their degrees, and their average hours worked is on the rise. Working more than 20 hours per week increases the odds of dropping out before earning a college degree, but that doesn’t mean that working in college is always bad. Adela Soliz, an assistant professor at Vanderbilt, and Bridget Terry Long, a professor at Harvard, found in 2016 that working a moderate amount on campus each week through the Federal Work-Study program led students to earn more credits than their peers by the end of their freshman year.

Not all credits transfer

Another reason for graduation delay is that many students are switching schools. A 2014 NCES report on transfer status of first-time college students who enrolled in 2003 found that about 35 percent of all students transferred or coenrolled at least once. Fifty-six percent of transfers were from two-year colleges.

Teenagers often don’t know what they want to do with the rest of their lives. A student may enter college with a major in statistics but realize a passion for environmental science. The Education Advisory Board (EAB) estimates that 75 to 85 percent of all students switch majors at least once. The EAB found that changing majors can have relatively little influence on time-to-degree through the first semester of junior year. Changing majors later in the game, especially to unrelated fields, can, however, cause students to fall behind schedule in completing course requirements.

Required but not available

Finally, students can lose ground toward graduation when they are locked out of required courses. The most popular general-education classes often fill quickly after registration begins. At many colleges, upperclassmen get to choose their classes first, leaving limited spots available for freshmen and sophomores. Once course registration opens, it’s important to act quickly.

If a general-education course is full, students can sometimes find another class to take that will fulfill the same requirement. However, some courses are required prerequisites that students need to take before they can enroll in more advanced classes in their majors. Being locked out of prerequisites early on can throw students off schedule for multiple semesters and push away the possibility of graduating on time. Learning about whether required courses are regularly over-capacity at a college before your student enrolls can help prevent problems with course access.

Helping your student and your finances

Planning ahead and monitoring your teen’s progress is the best way to make sure that school goes smoothly — and financing can be better controlled. Overtime may make a basketball game more exciting, but it’s often the last thing parents want to see for their child’s college education when they are the ones paying for it.