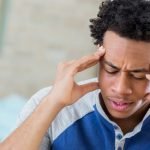 Versión en español
Advertisement
Parenting » Education trends, Writing » What the #%@!& should I write about in my college essay?

What the #%@!& should I write about in my college essay?

Many first-to-college kids don't realize they have stories that colleges want to hear.

It’s college essay time: a season of sighs, false starts, revisions, tears — and many late nights. Few students breeze through this part of the college application process because writing a good college essay is no easy task. It can be particularly challenging for first-generation college students, who tend to dismiss the real-life circumstances that make their experience unique. Here, first-generation students and experts who work with them offer valuable insights and advice.

Sharing who you really are

One of the most challenging aspects of the essay-writing process is identifying a topic to write about. Many first-to-college applicants think their experiences and accomplishments aren’t impressive enough to wow college admissions officers, so they get discouraged before they even begin. But first-generation college applicants have typically overcome obstacles that other students haven’t — and it’s a story worth sharing.

“It is hard for anyone at any age to reflect on their lives,” says Marisa Urrutia Gedney, Director of In-School Programs and College Access at 826LA, a nonprofit that helps students improve their writing skills and promotes access to college for low-income and first-generation college students. “That is what the essay process is asking students to do. And they are just 17 years old!”

Many students think that the essay is primarily about proving how accomplished they are academically, according to Urrutia Gedney. “Kids will say, ‘Colleges want really smart people!’ And of course that is intimidating.”

In fact, the purpose of the college essay is to give college admissions officers a glimpse of a student that they can’t glean from their high school transcript or other questions on their application. “We tell students, ‘Colleges really want to get to know you,” says Urrutia Gedney. “It isn’t just about GPAs and test scores. They want students who are well-rounded, who show character and resilience in difficult circumstances. We tell them, ‘Colleges aren’t looking for superheroes. You’ve accomplished a lot. You don’t have to make things up.'”

“I tell kids that the essay is important because it allows you to tell a different story from the basic demographic information that you provide in your application,” says Nick Watson, Director of College Access at ScholarMatch, a San Francisco nonprofit that helps kids navigate the college process. The essay can — and should — help kids “come alive” for admissions officers, he says, and be more than a GPA and SAT score.

Choosing which story to tell

Experts like Watson and Urrutia Gedney agree that the everyday challenges students face often make the most compelling essay topics of all. “The thing I see most often with first-generation kids is that they think they don’t have a story to tell,” says Watson, “but most have had rich experiences that colleges are going to want to hear.”

These experiences might include taking care of younger siblings every day after school, for example, or picking up groceries for a grandparent, or working an after-school job to help the family cover rent. In rapidly gentrifying urban areas across the country, low-income families are often displaced, which means that students must leave neighborhoods they’ve known all their lives and start over at a new school or endure a long commute. Such experiences demonstrate qualities that colleges are looking for, including courage, grit, responsibility, leadership, and resilience.

“By asking deeper questions, we try to help students see that they do have a story to tell,” Watson says. “I ask kids, ‘What have you learned from helping your mom pay the bills? What has that weekend or after-school job taught you? How are you going to use that knowledge going forward?’ It often takes some digging to help them get there.”

For Ernesto Ye Luo, it took many drafts and a college rejection to help him get there. Ye Luo lived in Panama until the age of 10, when his family moved to San Francisco. He says his original essay, which he submitted to Middlebury College in his early decision application, covered too many topics. “I talked about moving from Panama to San Francisco,” he recalls. “I talked about my life in Panama. I talked about summer programs I’d done. Nick and the other writing coaches at ScholarMatch told me to focus on just one topic, but I guess I didn’t understand what they meant. My essay was all over the place.”

Ye Luo wasn’t accepted at Middlebury and he was devastated. Looking back, he thinks he may have been rejected, at least in part, because his essay was so scattered. He went back to ScholarMatch, and this time he wrote about his family’s move from Panama, and the challenges he faced starting over in a new country where he didn’t speak the language.

Ye Luo had a compelling story to tell. As a Chinese person in Panama, he never felt that he fit in. But in the US, he felt just as out of place. “Kids made fun of me because I was a Chinese kid who could only speak Spanish,” he says. His family was very poor and lived in a cramped, one-room apartment. They shared a bathroom and kitchen with other tenants. Ye Luo became withdrawn and discouraged, and he was failing in school.

His parents helped him turn things around. His family is Hakka, a Chinese ethnic group that has always faced discrimination. His parents told him, “We Hakka people move everywhere around China and around the world, and we adapt to new environments all the time. That is our history.”

Ye Luo says that their words gave him a sense of pride and determination to succeed. “It was the first time I really looked at myself,” he recalls. “I started to work hard in school. Up until then, I wasn’t trying. I tried to adapt socially and academically.” Ye Luo enjoyed high school far more than middle school, he made friends, joined the wrestling team, and took his GPA from a 1.9 to a 4.0.

After Ye Luo rewrote his essay with a narrower, deeper focus, he was accepted by a number of colleges, including Wesleyan University, where he is now a freshman. He hasn’t yet declared a major, but he’s studying Chinese in Wesleyan’s College of East Asian Studies.

What colleges want to know

At ScholarMatch, Watson uses freewriting exercises to help students start their essays. Students come to ScholarMatch workshops feeling nervous about the process. Freewriting helps kids relax and simply write; it also usually helps elicit an essay topic. For the exercises, Watson asks students to write whatever comes into their minds. From the freewriting, he and other writing coaches help students identify points they can develop into an essay.

Not your typical high school essay

Many kids get overwhelmed by the format of the college essay. They’re used to writing five-paragraph essays for high school, and it is difficult for them to ditch that structure to tell a better story. “They’re thinking in terms of introduction, body, and conclusion,” says Urrutia Gedney. “I tell them, ‘Don’t think of this as a writing assignment. Instead, think about what you would say if the person was standing right in front of you.’ This seems to help kids write in their own voice.”

Students’ first drafts are often overly general, and Urrutia Gedney and Watson both encourage students to use details. “If you take care of your siblings after school, what does that care look like?” says Urrutia Gedney. “Do you pour them a bowl of cereal or do you make a meal? What do you make? Do you help them with their homework or go to their parent-teacher conferences? These kinds of details will take your essay from the general to the personal.”

Watson often has to work with kids from immigrant backgrounds to tell their own stories. “Some of their essays have been among the best I’ve seen,” he says. “Their stories are about resiliency and persistence. The only thing is they often want to tell the story from the perspective of their parents. They see that their parents have had to work so hard to get where they are. They have such reverence for what their parents have been through that it is hard for them to think about themselves. I have to ask them, ‘What has it been like for you?’ They don’t realize that they have global experience, and can bring so much to the table.”

Watson marvels at some of the stories he’s heard from students. He recalls a high school senior who was homeless and lived for several months with his mother in their car. For Watson, it wasn’t just the student’s circumstances that were noteworthy, but the way he talked about them. “He described being homeless in just a few sentences,” says Watson. “What he focused on in his essay was lying in the car at night, and thinking about school, and why school brought him so much joy. He was just so grateful for the opportunity to learn.”

For Urrutia Gedney, the college essay has value beyond helping a student get into college. “Kids start out thinking that they just have to prove to colleges, ‘I am a good student,’ vs. ‘I help raise my brother,’ or, ‘I take care of my grandma.’ This is an eye-opener. It’s the first time they’ve been asked to talk about what they do, and they realize that they have handled responsibilities that many adults couldn’t handle. It’s an exciting moment, not just in terms of their essay, but for their own sense of pride in what they have accomplished.”