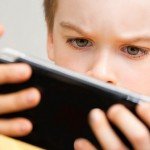 Can kids game their way into emotional smarts?

Scientists, education professionals, and others see the potential for video games to teach good behaviors — instead of bad.

Avielle was 6 when she was murdered. The daughter of Jennifer Hensel and Jeremy Richman, Avielle was one of the 20 children and six adults slain at Sandy Hook Elementary School in 2012. The tragedy sparked new debates about gun law, violent video games, and mental health. But Jennifer and Jeremy, both scientists, didn’t want to debate; they wanted to understand what could lead a person to such violence and what could be done to prevent it. “We needed a reason to crawl out of bed every day,” Richman says. They began channeling their expertise into brain research to find out what makes people perform violent acts. Their goal is to prevent violence.

You might think their first step would be to ban video games, but it isn’t. Although gaming was often sited as part of the cause of the Sandy Hook tragedy, Hensel and Richman can see gaming being part of the solution. They launched the Avielle Foundation, named for their late daughter, and they’re committed to preventing violence and building compassion through brain health research, community education, and engagement.

At a conference Richman met Jessica Berlinski, Chief Impact Officer of Personalized Learning Games (PLG), who was using games to boost social and emotional skills in kids and teens. “She was applying SEL to video games,” Richman recalls. “It was genius.” An instant connection grew as they saw the intertwining of their purposes — building healthy, emotionally intelligent brains through gaming.

Richman and Berlinski discussed gaming as a social and emotional learning tool during a GreatSchools Google+ Hangout.

Here are six interesting points made during the Hangout and separate interviews.

When it comes to learning potential, video games have a lot going for them.

We don’t think of tech devices as being able to build real-world social skills. Inherently, they don’t: they can be isolating and decrease kids’ compassion. However, studies have found social and emotional skills can be improved through gaming. For example, Zoo U has been proven to boost six core social skills: impulse control, empathy, initiation, communication, cooperation and emotion regulation. These are life skills — self-awareness and self-management, communication, perseverance, decision-making. Role-playing games are another example, as they provide a rich and safe environment for building a core emotional learning skill: empathy.

Why do games work?

Games are this rich environment where it’s OK to fail but you’re given the belief that you can win. You’re set up for winning, and losing doesn’t mean you’re defeated. Mostly they fail, but they keep trying and they improve, and they keep trying because they believe they can win. Belief system is important. In gaming, they have a mindset of “if I try harder, I will become smarter, I will win.” Belief leads to better performance.

Just like food, games can be healthy or unhealthy. They can have an addictive quality. The feeling of victory that comes from leveling-up in a game comes from the pleasure center of your brain. And your brain will seek more, reinforcing the behavior. That does not have to be a negative thing.

The Avielle Foundation is studying the science behind violence and compassion. They’re striving to understand what goes wrong in the brain that leads to violent behaviors and how we can foster compassion to prevent violence. Gaming likely can contribute to aggressive and violent acts, but done differently, gaming can instead teach empathy and compassion.

GreatSchools Executive Editor Carol Lloyd points out that games could play a similar role as great literature in that people see the point of view of the bad guys and can empathize with them — and yet, most important, realize they don’t want to be the bad guy.

For kids under 2 years old, its zip. Nada. None. Or, “Hashtag unplug,” Richman quips. But for other kids, like those with ADHD who find welcome opportunities to deeply focus, and older children who simply love gaming, the guidelines from both Richman and Berlinski are more individualized. “It’s key to interact with your child while engaged with media. It’s not a babysitter,” Richman says. Keep a conversation going and see where your child is emotionally while playing. Berlinski advocates for using your parental intuition. Let your child play, she says, and see how he acts after a few minutes, after a half hour, an hour. When you see your child’s behavior change negatively, you get a pretty clear idea where to set your child’s screen time limits.