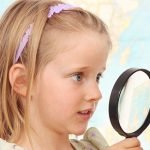 Some say gifted kids are a national asset — others argue they’re just the rich kids getting spoiled. Where do you stand?

Since her oldest daughter started kindergarten, Jennifer Glover’s* life has revolved around finding suitable schools for her two gifted children, Lauren, 15, and Emma, 10. She saw them get easy A’s with almost no effort, she moved them to different schools, she confronted teachers, she watched as her daughters struggled to make friends in schools filled with less atypical kids. At one point, Jennifer quit her job as a social worker just so she could take Emma to school in a different district.

While the pursuit of positive educational experiences for unchallenged children like Glover’s are taking place in communities across the country, the plight of the gifted child is still a battleground of opinions. With no agreed upon standard or definition for giftedness parents, educators, and politicians debate whether gifted children need special programs or whether the very idea, particularly in a time of tight resources for public education, smacks of elitism.

Myth: The gifted kids are alright

According to the National Association for Gifted Children (NAGC), the number one myth about the gifted is that highly intelligent students don’t need extra help. “There’s an assumption … that gifted children left to their own devices will rise to the top,” says Mariam Willis, NAGC parent outreach coordinator, “and that is absolutely, positively not what happens.”

Because gifted students learn quickly or are already ahead of the curriculum, says Willis, “their resulting boredom and frustration can lead to low achievement, despondency, or unhealthy work habits.” And though no one has precise figures, an estimated 5 percent of gifted children drop out of school.

Failing to meet the needs of gifted children, some argue, hurts us all. “The gifted are our country’s most neglected resource,” says Joan Franklin Smutny, founder and director of the Center for the Gifted in Glenview, IL. “These kids need to be challenged; they need creative activities, strategies, materials.”

But some education experts suggest the solution isn’t creating new programs for gifted children, but raising the bar for all students.”If schools had higher standards and were more challenging, you wouldn’t need [special programs]” — at least not for moderately gifted children, says Ellen Winner, a professor of psychology at Boston College.

In New York City, some parents of gifted children agree. A number of the city’s best public elementary schools do not offer gifted programs, yet many parents choose these top schools for their gifted children. Back in Northern California, Jennifer has high praise for a charter — not designated as a gifted school — where both her daughters ended up. The school serves only fifth and sixth grades, and all the teachers have been trained on offering differentiated learning. They provide the depth and complexity Jennifer found lacking at her local district school.

Only for the affluent?

The entire gifted industry has come under fire as a bastion of elitism and privileged helicopter mothers gone wild. The makeup of gifted programs only fuels such charges. While 8 percent of white students and 13 percent of Asian students were in public school gifted programs in 2006, only 3.6 percent of blacks and 4.2 percent of Hispanics were.

Tests to assess giftedness come in for even more criticism, often because tutoring programs — like the $1,300 tutoring “boot camp” that preps 4- and 5-year-olds for New York City public schools’ gifted program admissions test — are beyond most family budgets. In fall 2012, the city announced plans to change its test program to try to make it more equitable, but few expect it to work. As soon as the new program was announced, parents went into a frenzy, enrolling in test prep programs and buying test prep booklets for the new exam, the Wall Street Journal reported.

Indeed, many experts question the value of such early screening. “I do not recommend testing very young children,” child clinical psychologist Deirdre V. Lovecky, director of the Gifted Resource Center of New England and a panelist for the Davidson Institute for Talent Development has written. “Under about age 4-and-a-half, scores are exceptionally unreliable… Some kids are just too immature to assess at all.”

Although experts believe only 2 to 5 percent of the population is gifted, seven states placed more than 10 percent of their students in gifted programs in 2006. In affluent Montgomery County, MD, about 60 percent of white and Asian students qualified for gifted programs, according to the Montgomery County Education Forum, but only about one fifth of all black and Hispanic students did (though that’s still a staggeringly high percentage compared to 2 to 5 percent).

The Montgomery County Education Forum is seeking to stop labeling students “gifted” before third grade. Instead, they want more rigorous learning for all students. “Our philosophy is to make every school a high quality school,” says Ana Sol Gutierrez, a former school board member who now serves in the Maryland House of Delegates. “You recognize low-income kids are coming in with a disadvantage … and help them catch up. … We don’t deny that there’s a difference, but we want to provide rigor and challenge for all students.”

Some areas are like Lake Wobegon, where all children are above average. As Devra Renner, coauthor of Mommy Guilt, wrote “The word ‘good’ is like the new ‘bad.’ Why settle for even ‘smart’ when you could instead call your child ‘gifted’?”

Other kids left in the cold

Controversy also stems from the process by which school districts determine giftedness. Many rely entirely or in part on an IQ test, but experts caution that many tests for giftedness have serious limitations. At best, they provide a snapshot — a rather fuzzy snapshot at that — of the child on the day of the test. Most tests do not measure artistic or social abilities and may give short shrift to a child with extraordinary math abilities, but ordinary talents in other areas.

In addition to tests, schools may use classroom observations, grades, and samples of work. The more subjective judgments can lead to biases — a teacher may not consider a child who constantly acts out or one who does not speak fluent English gifted, regardless of how smart she is.

Even for those parents and educators who find value in the gifted label, the current system leaves a lot to be desired. Many schools lack programs for gifted students and when they do exist, they vary widely in quality. The majority of states do not have a full-time person working on education for the gifted; and twenty-four states require no specific training to teach in gifted programs, according to the National Association for Gifted Children. Twenty states don’t bother to monitor gifted programs. And the classes themselves, according to the association’s 2010-2011 State of the States report, represent “a crazy quilt collections of services and inconsistency from district to district and even school house to school house.”

No one model has emerged as the standard for gifted education. As a result, parents find their choices limited by what is available in their community and their own resources. But finding the right program — whatever it is labeled — does make a difference, parents say.

Jennifer Glover quickly saw the change once she put Emma in the charter school. “All of a sudden, my child is thriving academically and socially. She’s finding kids who are in the same mindset,” she says. Emma’s classmates at the public school considered her a “weirdo” for playing the cello, Jennifer says – but at her new school, there are many “highly imaginative, quirky” kids with similar interests. “Every day, I could almost cry seeing the welcoming committee of her friends.”

*The family’s names have been changed.

Previous: Is your child gifted?
Next: Your child is gifted… now what?