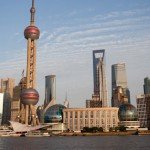 Shanghai: head of the (global) class

What can we learn from China's top-scoring school system?

Let’s say you’re a 10-year-old student in Shanghai. What are you doing differently from millions of students around the world? Do you begin with military-style math drills followed by monk-like recitations of philosophy? Not exactly. Try a vigorous hour of exercise. Then of course, you launch into an eight-hour day of academic rigor, during which you’re expected to participate eagerly, ace your (many) tests, and never fail to pay attention.

When school ends, it’s off to music, martial arts, or drawing class — or to meet one of your tutors. Then you get to head home for, you guessed it, homework. At least you can unwind during the weekend, right? Think again: Saturdays and Sundays provide time for yet more extracurricular classes and tutoring.

Results from the Programme for International Student Assessment (PISA) suggest that Shanghai students have left their peers in the dust. Their scores weren’t just high – they were stratospheric in math, science, and reading. For the first time, the PISA report included mainland China represented by Shanghai in its testing of high-school students in some 65 countries.

Meanwhile, the U.S. is licking its academic wounds with decidedly ho-hum PISA results; its students coming in “average” for reading and science and for the first time since the test began, dropping into the below average category for math. What can we learn from the faraway metropolis of some 23 million? Along with their serious work ethic, it’s worth noting that the method to their mastery involves more than mindless test prep.

Some cities pride themselves on their architecture; others, their restaurants. Shanghai, China’s largest city and its business center, prides itself on its schools, long using a slogan that makes it clear Shanghai is king of the classroom: “First class city, first class education.”

It’s no hollow boast. Shanghai has the country’s most competitive schools and colleges. The first Chinese city to provide universal access to primary and secondary schools, Shanghai’s wager paid off. Students attend college at far higher rate than in other parts of China, and competition for acceptance at the most coveted institutions is keen.

For generations, learning has been prized in China. Going at least far back as Confucius, children were taught the message that school is a temple of learning and education a gift. (Exception: that anti-cultural chapter known as the Cultural Revolution).

The modern-day manifestation of this learning-trumps-all focus means that school doesn’t stop at the school doors. Home life revolves around learning and homework with teachers and parents sharing enormous expectations. As a result, children are, according to PISA, “. . . fully occupied and fully engaged. Non-attentive students are not tolerated . . . such intense concentration is considered a student’s responsibility in Chinese culture.” Outside of school, kids regularly meet with tutors afternoons, evenings, and weekends and take classes in everything from piano and flute to calligraphy and martial arts.

U.S. educators cutting back P.E. programs, take note: Physical education in Shanghai schools is de riguer. Students have at least an hour of P.E. daily, starting with their morning exercise before class, an “intermission exercise” mid-morning, and other physical activity after school. Some schools even practice “eye exercises,” with students massaging acupuncture points “in order to prevent eyesight deterioration.”

Physical education is just one of the in-school extracurriculars: Students are also expected to take part in sports, arts, and a “daily duty” that may require they clean classrooms and corridors. To learn about social service, they visit rural villages or less privileged people.

Reform, then reform some more

Shanghai has been ground zero for education reform — providing a laboratory for testing new national initiatives. The most recent reform measure? Reduced focus on testing! In the wake of criticism that the high stakes testing has created an overly competitive and academically narrow learning environment, Shanghai is now attempting to place more emphasis on student participation and critical thinking, instead of lectures and rote memorization.

A lot, according to many critics. Despite stellar PISA results, Shanghai’s education system has taken a beating at home and abroad. “Critics see young people as being ‘fed’ learning because they are seldom left on their own to learn in a way of their choice,” reads the PISA report. “They have little direct encounters with nature, for example, and little experience with society either.”

These deficiencies may leave Chinese graduates unprepared for an increasingly global job market, where flexibility, creativity, and innovation are prized. China’s test-oriented educational system provides Chinese students with “high test scores but low ability,” according to Yong Zhao, an education professor at Michigan State University who pointed out recently in the New York Times that multinational companies in China can’t find qualified candidates to fill positions at their companies. At the same time, job opportunities for professionals haven’t kept up with the number of college graduates China is producing in record numbers, creating an unemployment crisis in much of the country.

What’s more, student stress has become such a national issue that the government has created a 2020 planning document entitled “reduction of student work load.” Indeed, the “be the best or else” education may be taking a deeper toll. Studies show that rates of depression, stress, drug use, and suicide are rising among Chinese youth. According to one recent news report, worried parents have begun to do the unthinkable: tell their children to take a break from studying and, gasp, go  play.

Go here for more information on the PISA results.