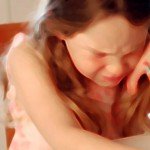 What happens when your child goes on a schoolwork strike? One expert weighs in.

Some kids struggle with homework because it’s too difficult. Others worry too much about whether their answers are perfect. For Sarah Wallach, a 16-year-old sophomore at a small parochial school in New York, the problem is more straightforward: She thinks homework is a waste of time.

“What’s the point of homework? I go to school — that’s when I do my learning. After school I don’t feel like doing it,” Sarah says. “I don’t see why it should matter. If I have a question about something we learned, I can ask the next day in class.”

Her teachers don’t see it that way, however. Sarah is failing the classes that assign homework, and her mother is at her wit’s end.

“She just doesn’t feel it’s important, so she either forgets it or puts it off and doesn’t do it,” Wendy Wallach says. “I’ve tried everything from rewards to taking her computer and TV and phone away. I have her in a special class that offers one-on-one help. I’ve gotten mad, I’ve cried — nothing seems to improve the situation.”

Even more confounding, her mother says, is that nothing suggests a deeper problem is present: Sarah doesn’t exhibit behavioral problems at school, she doesn’t drink or do drugs, she isn’t depressed, and tests don’t indicate any learning disabilities.

“There’s no reason she shouldn’t be doing her work, that we can see. Absent the homework thing, she’s a good teenager,” Wallach explains.

For her part, Sarah says a lack of free time is an issue. She has a long school day, followed by an extremely long commute home — though she concedes her disdain for homework preceded the commute. When she gets home, she says she’d rather watch TV, rest, hang out on Facebook, snack, and so on. When she does tackle her homework, it tends to take a lot of time, she gets overwhelmed, and the next day she falls asleep in her classes.

Regarding those classes, Sarah isn’t particularly enthusiastic — except for astronomy. She loves her astronomy class and is endlessly fascinated by solar systems. Coincidentally, she says, her astronomy teacher assigns no homework. Asked whether she might consider a career in the field, and therefore be compelled to do better in school, she demurs:

“You have to do math to be a real astronomer. I don’t do math.”

So might her grades limit other job prospects down the road? Sarah says she’s already got it figured out.

“I’ve wanted to be a model for a long time. I also want to work with children. Grades don’t count for either of those. Grades don’t matter in the real world,” she says. And should the modeling work dry up? “When I’m older, I’m probably hoping to marry rich!”

“Some homework is just busywork, but most of it is important practice,” says Josel. “The school day just isn’t long enough. There’s not enough time for kids to practice whatever they learn that day. To me, homework is essential.”

So how to impart that attitude to someone so defiant about homework? Josel says it’s important to look for underlying issues, even if they don’t seem apparent at first.

“With the astronomy, I would want her to see that she’s selling herself short on the one thing she really likes by saying she can’t do math,” Josel says. “Somewhere in her head, I think she must understand her idea about modeling is not a reality. I think she’s putting major walls up.”

Knocking down those walls can be relatively simple.

“Baby steps. If she’s getting overwhelmed, she needs to chunk [her assignments] one subject at a time. Start each night with the hardest work, so it’s only the easier work that’s left when she’s tired,” Josel says. “The mom needs to set up a study schedule for her. Tell her, ‘Look, give me just one hour — then you can watch TV.'”

“If there’s work that’s beyond her, go to the teacher for extra help,” she adds. “No teacher in his or her right mind will fail a student who’s trying to do the homework.”

Meanwhile, astronomy could be a hook for cultivating a more abiding interest in her schoolwork, Josel says. Her mom could take her to planetariums and talk to her about science, she advises. And it wouldn’t hurt to appeal to Sarah’s strong sense of logic:

“I might say to her, ‘Sure, some homework is ridiculous. But you can prove your teachers wrong by doing it. They’ve already given you a label. Show them they’ve got you wrong.'”

Josel says none of these kinds of problems is easily solved. But there’s good news: Success is contagious.

“Usually with kids, if you get one decent grade, it feels good and it builds on itself,” she says. “Even if [Sarah] says she doesn’t mind bad grades, nobody likes failure. It needs to be explained to her that failing at an early age becomes a habit. Models can fail too.”