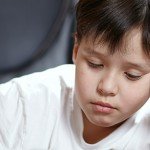 Can the English language learner label do more harm than good?

One checked box can doom a child to low-level classes for years. Here's what you need to know about the ELL label.

A few months before her son Omed entered kindergarten, Juana Martinez received something called the Home Language Survey in the mail. Four innocuous questions asked about the languages spoken in the family home. She filled it out without thinking twice.

Question #4: Which language is most often spoken by adults in the home?
Answer: Spanish.

Little did she know this reply would plunge her headlong into one of the least-understood battles in U.S. schools today.

Born in Mexico but transported to California as a baby, Omed grew up watching Rug Rats and speaking English. It wasn’t long before her bright, bookish son came home practically in tears. “Mama, school is so boring,” he told her miserably. “They only speak in Spanish.”

It’s out of our control (and yours)

Martinez called the school. Why was her fluent English-speaking son stuck in a Spanish-only classroom? Martinez’s answer to question #4 had triggered a test of her son’s English skills and he’d failed it. So the school district labeled him an English Language Learner, aka ELL or EL, and placed him in a Spanish bilingual program for non-English speaking students. When she voiced her concerns, the teachers reassured her. “‘He’ll learn Spanish,’ they told me. ‘You should be happy.’”

She met with the principal. There must have been a mistake. Couldn’t the school move him to a regular English-speaking class? Neither she nor the school district could influence how her son was labeled, the principal said. The ELL dye had been cast. Regardless of his language skills, her son would be classified as an English language learner until at least third grade, when the district could choose to reassess him.

The messiness of the English learner bureaucracy is hard to overstate. From state to state and often district to district, there are different triggers for assessing kids, different definitions of English proficiency, different tests, different educational approaches to teaching ELL students, and different policies for reclassification. “One child can be considered proficient in English at one school,” says Robert Linquanti, an expert on English language policy and a senior researcher at WestEd, “then go across the street to a new district and be considered an English learner.” At the same time, it’s one of the few long-term decisions involving a child’s education that completely excludes parents.

Her daughter was entering kindergarten at the Berkeley Unified School District when Lisa Garcia Bedolla received the Home Language Survey. After noting on the form that both Spanish and English was spoken in their home, she was informed that her daughter needed to take the California Education Language Development Test (CELDT) before school began.

Hearing about the assessment, Bedolla started to worry. A district official explained that the test could take up to two hours to administer. As a professor of education at UC Berkeley, Bedolla says the test — subjecting a kindergartner to an extended test of spelling, reading, and speaking with a stranger in a closed office — followed not a single basic guideline on assessing young children. “It wasn’t age appropriate in any way.”

When Bedolla learned her daughter would receive an “English Language Learner” designation, she set about fixing the mistake. “I told them, ‘I’m a professor of education. I have a PhD from Yale. You can hear I have no accent. I know that my child speaks English.’” She recalls that the district response was skeptical. At one point they explained that she might not know what they meant by English. “I felt like they weren’t persuaded that I knew what I was talking about,” she says.

As with Martinez, officials informed Bedolla nothing could be done until after getting the results of her daughter’s first state standardized test in fourth grade.

For Bedolla, the lack of parent involvement in labeling kids English learners speaks volumes about how immigrant parents are regarded as less than capable of making decisions for their children. Unlike honors programs, AP classes, and standardized testing where parents retain plenty of rights about opting both in and out, the ELL process often has few channels for parent participation.

Is my child the tip of the iceberg?

Bedolla went up the chain of command with little success. Eventually, she submitted a demand letter to the district (the first step in filing a lawsuit). She also planned to publicize her concerns: the San Francisco Chronicle had accepted an editorial she had written about the issue. It was then that the district allowed Bedolla to fill out a new Home Language Survey and Bedolla pulled her editorial. This time she did not acknowledge her Spanish-speaking heritage. “It was actually sad for me,” she explained.

Though Bedolla felt she’d done her maternal duty, the scholar in her wondered, was her daughter’s experience just the tip of the bureaucratic iceberg?

She analyzed how districts in California trigger testing and the percentage of children who fail the test. Her paper, “Classifying California’s English Learners: Is the CELDT too Blunt an Instrument?” found evidence that between the survey, the assessments, and many districts’ policies, the whole process over-identifies children as English learners. She found that many districts require testing if there’s even a mention of another language. Then, more than 90 percent of the kids failed the test. Though Bedolla focused on pitfalls of the California EL classification process, the debate about the quality of proficiency assessments is not limited to California. When the Chicago Board of Education administered its English language proficiency test to kids who came from exclusively English-speaking homes, 78 percent of the kindergartners failed. In a similar test by the California Department of Education, 75 percent of exclusively English-speaking children failed to score proficient.

Many parents have learned to deal with the ELL bureaucracy in less direct ways. Despite fiercely advocating for her son, Juana Martinez was not able to move him or get him reassessed. (Eventually, she moved him to a new school.) When her three other children entered school, she made sure to fill out the form differently.

Indeed, some parent communities seem to be hip to the problems of the ELL label. One study found that Spanish-speaking students are more likely to be identified as ELLs than their Chinese-speaking peers, perhaps because Asian immigrant families avoid checking those boxes. An advocate for low-income parents says she often warns parents to consider how they fill out the form if their child speaks English.

If kids are still labeled ELL in middle school, they often get automatically placed in separate classes or not given access to rigorous classes. By high school, ELL kids are the most at risk. One study found that 71 percent of kids labeled ELL in ninth grade in Los Angeles had dropped out by 12th grade. A 2014 study found that the longer kids are classified ELL, the worse they do in school.

Is the label to blame?

It has been difficult to know what these statistics say about the ELL process. Immigrant families may struggle with poverty, dangerous neighborhoods, and other factors that could negatively impact their children’s academics. But there’s strong evidence that in many schools the ELL label has long-term negative effects on children’s education. In a 2005 study, researcher Rebecca Callahan used national data on high schools to compare two groups of high school students. One group had been labeled EL; the other had the same level of English proficiency but had not been labeled EL because their districts had a different definition of proficiency.

The result? Recent immigrants benefited from the ELL label — they got extra services they needed, but were not barred from rigorous coursework. But for the many ELL-identified children who had lived in the United States most of their lives, the ELL label had a negative influence on their academics. The reason? Many ELL programs are set up to make sure kids attain a certain level of English proficiency before they can be included in mainstream, honors, AP, or other rigorous classes.

“English proficiency is like a gatekeeper,” explains Callahan, now an associate professor of education at University of Texas. “Kids don’t get access to the coursework they need and they fall further and further behind. Then they can’t pass the proficiency test because they haven’t had access to the academics they need. It’s a Catch-22.” Callahan says that many schools have recently changed to make sure English learners get challenging coursework, but the Catch-22 is still prevalent.

For the millions of children whose first language is not English, ELL programs and services are supposed to create a safety net. And sometimes it works. But for many children, the reality is quite different. Sometimes this system — designed to help the children with the highest needs — only ends up creating two tracks of education: separate and unequal.

What to do when facing the ELL label — at any point in your child’s education.