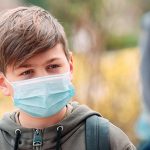 Advertisement
Parenting » Building character, Dilemmas » How to raise a child who is NOT a bully

How to raise a child who is NOT a bully

Parents play a huge role in whether their kids are bullies — positive communication is a must.

Bullying is all over the media. Over the past couple of years, more and more victims have stepped forward to share their stories — and they’re horrifying. Our hearts melt. Collectively, we wonder how on earth this can happen. Secretly, many of us squeeze our eyes shut and hope the awful school bully will never be our kid. But just hoping your kid won’t be a bully won’t work. Luckily, we’ve learned some important nuances about bullying in recent years. Despite pop culture depictions, the bully is less likely to be the most popular or least popular kid; instead, bullying is more likely to be relational — done by the child who hopes to climb the social ladder. But as adults excluded from the kid world in many ways, this knowledge only gets us so far. However, research points to two simple parenting strategies that make a difference:

2)      Having a free exchange of ideas with your child

Dr. Rashmi Shetgiri, assistant professor of pediatrics at University of Texas Medical Center and Children’s Medical Center in Dallas, analyzed data from two massive CDC phone surveys of 46,000 parents. The first survey was in 2003, the second in 2007. Shetgiri and her team of researchers dove into the results to identify bullying trends over time. Here’s what they found:

• Parents play a key role in whether their child is a bully. Period.
• Meeting your child’s friends is even more effective in preventing bullying now than it was in 2003. Basically, it’s a must. Researchers don’t know exactly why this is the case, but it seems to be a good indication of high parental involvement, which Shetgiri says is key to preventing bullying.
• A free exchange of ideas means having an open communication style. When parents reported communicating “very well” or “well” with their children, the kids were less likely to be bullies.
• The number of kids who bully is on the rise: In 2003, 23 percent of children had bullied another child. In 2007, that rate had increased to 35 percent.
• There’s reason to worry about kids who bully: About one in five has an emotional, developmental, or behavioral problem (more than three times the rate in non-bullies).
• Good students aren’t the culprit: kids who usually or always complete their homework are less likely to bully.
• English being the second language is not the issue: children who live in non-English-speaking homes are less likely to bully.

It would be a shame if this information were used as an excuse to stigmatize parents. Remember, it takes a village. How can we make sure parents get the resources they need — for themselves and for their children — so we can put an end to bullying?