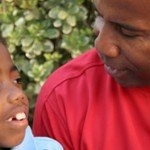 Talking to children about 9/11

Discussing 9/11 can be difficult, but experts say that talking to your kids about this day that irreparably changed our lives is necessary and valuable.

For most American adults, the  events of September 11, 2001 are nearly as vivid today as the day they happened. But most of our children have little or no direct memory of the event. How, then, to talk about a day that forever altered our lives and country? Is it possible to explain what happened without scaring our kids? How can we educate them about what that day meant when we’re still struggling to understand that ourselves? We turned to several 9/11 experts who provided the following advice:

“It’s always better to listen and try to understand what your children think and feel before jumping in,” says Ellen Galinsky, co-author of 9/11: Looking Back, Moving Forward, and president of the Families and Work Institute. “It’s like talking about any tough issue. It’s better to know what they think before we say something.”

Children get their information from a variety of different sources — other kids, caretakers, the media, teachers — so it’s important to clarify any confusion they may have about the event. If you know that your child’s school has been discussing 9/11, or they’ve seen media reports, Galinsky suggests asking questions that invite their comments and questions, for example: “Is there anything you’d like to know about 9/11?” “Why do you think we’re remembering this day?”

Don’t let the media speak for itself

Whether your kindergartner unwittingly sees graphic images on TV or they pop up on Facebook and Google when your eighth grader logs on, it’s going to be difficult to monitor what your kids are exposed to. “Since there’s going to be a lot of media coverage out there,” says Cincinnati Children’s Hospital Medical Center psychologist Robin H. Gurwitch, “it’s extremely important for you as a parent to talk about it.”

For young children, such images are likely to be confusing and terrifying. They may have little understanding of where and when the events occurred, and may even think they’re happening right now. Even older children are likely to find such images disturbing, even if they don’t show it. Do your best to limit and monitor what your children see and hear, and check in with them after a news show or radio broadcast. Ask open-ended questions like, “Do you have any questions about that news report?” “How did watching that film make you feel?”

Provide clear, factual explanations, keeping in mind a child’s age and temperament. Most parents want to shield children from painful realities, but you’ll actually be doing your child a service by clarifying the facts. Your calm and clear explanations will be reassuring if a child has heard misinformation from friends or on the playground.

“I wouldn’t sugar coat it,” Galinsky says. “We as parents want to remove stress from our children’s lives, but in my view, a gift we can give them is honesty and reassurance.”

“This isn’t something to be tucked away and ignored,” agrees Wendy Aibel-Weiss, exhibit and education director of the September 11th Families’ Association. “It’s a major event of our children’s lives. Especially as they grow older, you can say, ‘Now that you’re ready to know what happened, let’s discuss what’s terrible and remarkable [about 9/11].'”

Be as reassuring as you honestly can

“It’s important to reassure children,” Gurwitch says. “You can’t say, ‘I promise this isn’t going to happen again.’ That’s a promise you can’t keep.” What you can do, she says, is reassure children that our leaders are doing everything they can to make sure nothing like this happens again. In addition, you should let children know, says Gurwitch, that “my job as a parent is to do everything I can to make sure you’re going to be safe.”

Be aware of your own feelings

Parents should expect to have their own powerful reactions. “Watching footage is going to bring many feelings back,” Gurwitch says. “It’s okay for parents struggling with these emotions to say, ‘I got very sad’ and to acknowledge how hard this was for them. It’s not the emotions that are bad, but if a parent can cope.” Gurwitch also advises parent to be careful of how they talk about 9/11 with other adults. Whether you’re on the phone or in another room, even if you don’t think your child is listening, try to keep discussions as measured as possible.

The anniversary of 9/11 may have great significance for you, but your child may have no emotional reaction to it. If your child is reticent to talk — whether she’s a first grader more involved in the present than events that happened 10 years ago, or a tenth grader who pretends to be too cool to care — don’t force a heavy discussion. Gurwitch offers this tip for raising the issue with reluctant teens and tweens: “Say something like, ‘Tell me what your friends are saying,'” she advises. “This gives them a way to talk about it at a distance.” If this doesn’t elicit a response, let your child know you’re available if he has questions, then let the matter drop.

“What happened on 9/11 was a blow to what we call our assumptive world,” Gurwitch says. “We thought we could go to work and come home and nothing would happen.” That all changed, of course, on September 11th. Still, she adds, “This is a wonderful opportunity for families to talk about their beliefs and values.” Depending on a child’s age, parents can talk and ask questions about terrorism and war, tolerance and diversity.

This is also a chance to talk about real-life heroes, says Aibel-Weiss. “This was a period of great destruction, but also a period of extraordinary humanitarian efforts. It’s a story of how a city’s people and the world came together to recover. The story of 9/11 is also a story of reliance and rebirth.”