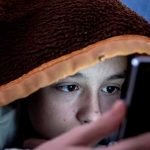 Advertisement
Parenting » Dilemmas » Is my son addicted to screens?

Is my son addicted to screens?

Is my son's screen use "normal" for kids his age? Or has our whole country gone insane, raising a generation of children who are dangerously addicted to any and every screen?

Game Boy was his gateway drug. “Please Mom, please let me have one,” my son begged me for two years. Despite his insistence, I held firm and said no. Until Max (not his real name) turned 7 years old, I’d mostly managed to keep screens safely outside what I now realize was the flimsy protection of our home, a place I’d imagined offered safety and sanctuary. We didn’t own any gaming devices. About once a week, Max could watch a movie.

Why was I trying so hard to screen him from, well, screens? So many reasons. For one, my otherwise terrific parents let me watch too much TV — hours of it every day. Looking back, I wish they’d nudged me out of my stupor to read more and explore other interests, and I can’t help but wonder if that would have given me more of an edge academically.

My fear stemmed mainly from the fact that I know my son. Seducing him with their silent siren song, screens have a magical effect on him; more than books, playgrounds, time with his parents, painting — all of which he loved as a young child. At toy stores, when he was very small, he’d immediately toddle toward the plastic baby computers and bang away at the keys. At home, I was afraid if I willingly let my son get sucked into the land of high-tech, I’d never get him back.

Maybe I’d have had a better chance — like a few holdout parents I know who’ve kept their kids almost completely tech-free — if my husband and I agreed on this issue. He accepts most of my parenting philosophies, but wouldn’t go along with my desire to banish televisions and computers from our house. After all, he’s the editor of a national high-tech magazine and website, so he doesn’t exactly share my Amish aspirations. Nevertheless, I championed my cause and tried to ward off the high-tech tsunami as long as I could.

One fateful day, standing in line at our local taqueria, Max saw an older boy playing Game Boy. Max glommed onto him immediately. A minute later, he launched into his usual cri de guerre, pulling out every line in his 7-year-old’s arsenal. “Please Mom, let me have a Game Boy. I’ll do anything if you let me have one. Everybody else in my class has one. It’s the only thing I want in the world.”

I shook my head, hoping to avoid a public scene. Then the boy’s father, like some wicked specter auguring our destiny, turned to me, “You say that now, but it’s only a matter of time,” the evil one whispered in my ear. “I promise. He’ll get a Game Boy. They all do.”

I hoped the subject would be forgotten, but Max wouldn’t relent. His seventh birthday was just days away. Weeks earlier he’d lost his status as an only child when his little sister was born. On the very same day, his lifelong best friend next door moved away. Whenever I asked what he wanted for his birthday, he said the same thing: “A Game Boy. It’s. All. I. Want.” Over dinner, my husband gave me a look that said, “For God’s sake, let the boy have what he wants.”

That’s the moment I gave up. But if I had any delusions that giving him his heart’s desire would solve the problem, they disappeared almost immediately. Our never-ending fights about technology had just begun.

Over the next five years, the thirst for the latest best thing could never be quenched. From Game Boy, to DS, to Wii — the requests never stopped. I put my foot down when he asked for a subscription to World of Warcraft, an online multi-player game that an editor of a nonprofit media website warned me against. “Never let your son play that! It’s incredibly addictive,” she cautioned.

Maybe a sane parent — the parent I was before we went down this rabbit-hole — would have just said no, instead of holding fast to certain boundaries, letting others slip.

I have no defense, except that life gets busy, and it’s full of compromises. Some days I’m so busy taking care of his little sister, or writing on deadline, and a video game or TV show quiets my son — and I’m grateful. And, I try to reassure myself, he doesn’t just sit in front of a screen all day. He’s a talented pianist and performer. He gets pretty much straight A’s. He’s fantastic at math and science, and he’s a gifted writer. What more do I want?

You can’t always get what you want

Me: Max, you’re supposed to be doing your homework. Turn off Facebook/Minecraft/your iPod.
Max: I’m just taking a break.
Me: You know the rule. No screens until you’ve done your homework.
Max: I’ve done most of it, Mom. You just don’t want me to be happy. Playing computer games makes me happy!

Why don’t I want him to be happy playing screens? Because I’ve been reading the latest stats on screen addiction — and I see how harmful it can be, especially for adolescents whose brains are still being shaped and whose bodies need plenty of exercise and activity to keep them healthy.

I want him to be doing anything other than an activity that, I fear, keeps him from experiencing real life, and using as much of his brain as possible. I want him to play basketball at our nearby playground. I want him to practice music for his upcoming keyboard lesson. I want him to play like kids used to play. The problem? There aren’t any kids playing outside. The few teens on our block are also inside their homes, also grudgingly doing their homework, also arguing with their parents about being on a screen.

But here’s the deal: I’m genuinely worried my son is addicted to screens. I can’t seem to stop him from pushing the “on” button whenever he has free time. He can’t seem to stop, and he certainly doesn’t want to.

I decided to get outside help, and where did I find it? Online, of course. I tracked down a former screen addict who counsels families with children or other family members whose lives have been taken over by technology. I also found the co-founder of the country’s first screen addiction center, who also offers private counseling.

A ray of hope

When I reveal my fears, Kevin Roberts tells me not to worry. Roberts’ book Cyber Junkie is about his journey into — and out of — screen addiction. “For a 13-year-old to be playing a lot of video games is not a big worry,” Roberts says. If his behavior’s the same at 15, he says, then it’s time to worry.

My son has many outside interests and talents, enough to divert him from devolving into a true screen junkie, Roberts tells me, one who stops eating and sleeping, lies about his addiction, and truly trades his real life for a virtual one. The trick, adds Roberts, is to help my son find balance. But whatever you do, he warns, “Get out of the business of being the nag. A disturbingly significant proportion of people who call and come to see me are people who overly manage their kids, (who say), “You can have 30 minutes of screen time.”

Roberts says banning screens altogether simply won’t work. “People our age bracket are quick to dismiss (video games) as frivolity,” says Roberts. But video games and other screen entertainment, he argues, are part of the today’s world. For many kids, it’s a significant part of their social life. Instead, he advises, explain that you know your child likes screens, but, “As a responsible parent, I need you to find balance in your life. Here are some options. Let’s talk about it.”

That night, I followed Roberts’ advice. I told Max that since he’s no longer doing rock climbing or soccer, he should consider finding another physical outlet. I didn’t bring up his use of screens. I didn’t lecture. And surprise! He said, “OK. I think I’d like to do something more physical. Maybe take trampoline classes or go back to rock climbing.” Progress?

It is a drug. And we’re the dealers.

Maybe. But what I gained in hope, I lost to despair when I talked to Hilarie Cash, co-founder and executive director of reSTART, an Internet addiction program in Fall City, WA. Her advice was very different from Roberts’.

“Parents aren’t taking this seriously enough,” she told me flatly. “Parents abdicate responsibility. … (They) have to put limits on their child’s use.”

Cash insists that if your child isn’t helping with chores, getting enough sleep, eating healthy food, and seeing friends face to face, it’s time to worry. “The research is clear, the signs and symptoms of addiction to screens show up when people spend more than two hours a day on their recreational media use. That includes everything: TV, screen time, smartphones, Facebook.”

Max easily spends well over two hours using media every day, between his cell phone, iPod, computer, and TV. (Given that the average American is in front of a screen seven hours a day, we’re a nation of addicts.)

Above all, Cash told me, keep your child away from multi-player online games, the most damaging digital drug of all, and the most addictive of all Internet play. “If it’s a team game, your son shouldn’t be doing it.”

At that point, I freaked out. My son plays multi-player games. And he loves them. What can I do to stop him now that he’s started, and now that he’s becoming  a normal teenager who often rebels and pushes back? Cash’s answer? “Say, ‘We’re done. I’m sick of the battle,” she said. “Say, ‘We’ll reconsider you playing video games when I see you’re physically active, leading an active life, being a responsible teenager.'”

Where does this leave me — and my son?

I may never have clarity on this struggle; it’s not black and white. I know that Max is both a responsible teenager and that he uses screens too much. But I agree with reSTART’s Cash that I need to be the parent and can’t sweep this under the rug.

So I’m going to start by having a serious and honest talk with my son. Tell him that things in our home have to change because God knows nothing’s going to change out in the world. Screens aren’t going away.