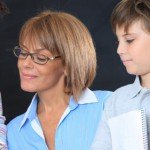 Should parents get to request certain teachers for their children?

“Mommy,” my 10-year-old daughter recently asked as we walked home, weighed down by first-week-of-school lunch groceries. “Do you think it’s right that Pam’s mother always does that?”

“Always does what, honey?”

“Since kindergarten, she always makes sure Pam gets a certain teacher.”

In the last weeks of summer, my daughter has overheard enough school scuttlebutt to know that many parents are anxiously awaiting their children’s teacher assignments. She also knows (gleaned from conversations with her gloating peers) that some parents seem not to await those decisions so much as dictate them.

Not knowing what to say, I equivocated. “Uh, Pam’s mother is very involved in her children’s education.”

“But Mommy, that’s not my question. Do you think it’s right?”

Leave it to my daughter to cut to the heart of a touchy issue as we’re walking across four-lane traffic and dragging 50-plus pounds of fig bars and pippin apples.

As parents in a big city with a competitive school lottery, we know the importance of choosing the right school for our children. We scrutinize test scores and critically discuss finger paintings in the hallways. Then school begins, and suddenly we realize that the most significant issue — which teachers our kids spend a giant portion of their waking hours with — isn’t our purview at all.

Why getting good teachers matters

Recent research supports the idea that we should be concerned about who teaches our children. In a study of Tennessee teachers, statistician William Sanders discovered that after three consecutive years, students with low-performing teachers scored 50 percentile points behind similar students with high-performing teachers. Educational economist Eric Hanushek of Stanford University found that students with a teacher in the top 5% gained a year and a half’s worth of learning. Those with teachers in the bottom 5% learned only half a year’s worth of material. The most effective educators can provide children up to two grades of learning, whereas with the least effective teachers, students typically gain only a half year.

An explosive new investigation of teacher effectiveness in the Los Angeles Unified School District by the L.A. Times suggests that parents should care even more about who teaches their children than which school they attend. After surveying one measure of teacher effectiveness, the Times found that the “quality of instruction typically varied far more within a school than between schools.” In other words, there are good teachers — and bad ones — in all sorts of schools. Getting your child in front of the good ones can make a lasting difference.

Should parents have a say?

Still, I didn’t know how to answer my daughter’s question. At our elementary school, such requests took place privately and were publicly discouraged — the dirty little secret of highly involved parents. But what’s wrong with a parent doing the right thing by their child? Isn’t that what this nation needs in order to turn around public education: an army of parents hell-bent on improving student learning, one student at a time?

In search of other opinions, policies, and personal stories that might cast light on my confusion, I surveyed a range of parents, administrators, and teachers with a few simple questions: Should parents have a voice in classroom assignments? If so, should it be a formal process that invites all parents to describe their children’s learning needs? Or is this another case of meddlesome helicopter parents getting in the way of educators doing their jobs?

Surprisingly, the issue didn’t split along educators versus parents.

“I think parents should back off and let their children lead their school experiences so they can build independence and confidence,” says Leslie Komet Ausburn, a mother in San Antonio.

Julie Malling, a mother of an incoming kindergartner in Long Beach, Calif., echoes the anxiety of influence theory. “Personally, I wish parents would just stop doing this; it drives me a bit crazy. I make a point not to talk about this in front of my daughter because I don’t want her to develop anxiety over whether or not she gets ‘the best teacher.’”

Against the advice of other parents, Malling says she decided not to request a certain teacher for her daughter, but now sometimes doubts herself. “I wish that I could say I decided that and never faltered, but I still wonder if I made the right decision. My daughter actually got a teacher that was not one of the popular ones.”

For some it’s not parental involvement per se, but the de facto inequity it perpetuates. “It’s a slippery slope,” contends Susie Siegel, a kindergarten teacher in San Francisco. “What [about] the parents who don’t feel they can speak up?” Siegel advocates for “consistent rules.” Otherwise, she says, “if only the empowered families speak up,” then the kids whose parents aren’t squeaky wheels — or don’t know they can be — are out of luck.

She also argues that placement requests may ride on rumor rather than fact. “It can be easy to start stereotyping the different teachers: ’Oh, the academic ones’ or ‘the artsy ones’ or ‘the mean ones.’ Or this or that.”

Yet parental jockeying for teachers is a problem many principals may increasingly confront. As budgetary problems force parents to foot the bills for core educational components like libraries, PE, and computer labs, more schools need to become “high-involvement schools.” In turn, schools may need to adapt to policies that account for parents’ increasing sense of involvement (and consequent entitlement).

“The PTA pays for the school’s librarian, and I think they also pay for the assistant in the computer lab, among other things,” says Malling. “I think the trend of requesting certain teachers might just be the beginning.”

Indeed, some schools with highly involved parent bodies have already developed policies that both invite and limit parental opinion in classroom placements. Miraloma Elementary in San Francisco, a school legendary for its intensely involved parents, allows parents to write a note about their children and their needs, but they can’t mention teachers by name.

At Leeds Elementary School in Leeds, Mass., parents fill out a form about their children’s learning styles — but not about a given teacher. “Savvy parents would get the scoop on the upcoming teachers and slant their form to ensure getting one teacher,” explained one former parent who requested to be anonymous. “If there were three possible teachers and you wanted the one who everyone says is best, you look at the qualities she has. Say she uses a lot of music and takes lots of field trips — you write on the form that your child is a “hands-on” learner who learns best through the arts. If one of the other teachers [you don’t want] is super-structured, you add that your child is creative and needs to be with a teacher who is flexible and not highly structured.”

Some educators differentiate between legitimate and illegitimate requests. L. L. Brown, a middle and high school English teacher based in Tulsa, Okla., thinks attempting to get a teacher who is an “easy grader or popular due to public relations” is not a legitimate request. What is? One that matches personalities and learning styles.

But some argue it’s just this sort of parental involvement — not bake sales and silent auctions — that public schools should encourage. “I support the practice, although many of the schools in our district do not want parent buy-in,” says Lisa Graff, a counselor at Abbott Middle School in Orchard Lake, Mich., who was in the midst of processing some 250 requests for the upcoming year. “If a family has had a positive or negative experience with an older child’s teacher, it’s best to listen to this. I think public schools need to be competitive with private schools, and we must increase buy-in and family ownership.”

The squeaky wheel gets the best classroom

Like many parents, at first I took our school’s stated policy vis-à-vis school assignments at face value. It was, I was told, the principal’s sole discretion with input from teachers. Parental preferences were not part of the equation. Then I watched as some parents — usually the most involved, savvy, and, to be honest, generous with their own time and money — work the system. Their goal? To direct the most precious educational resources — good teachers — toward their children. Meanwhile, my older daughter got a couple of weak teachers, and by fifth grade, the children of the squeaky-wheel parents — even those who had once been identified as having learning problems — were reading, writing, and calculating circles around my daughter.

Now my second time round with my younger daughter, who is just starting elementary school, I’m less sanguine about keeping my preferences quiet. I know I can’t make the decision, but I also don’t know how it helps my child or the school for me to stay silent if I have a strong opinion about which teacher would be best.

Maybe this makes me one of those pain-in-the-ass mothers my elder daughter considers to be walking on questionable moral ground. But if it’s our principal’s job to balance gender, ethnicity, and other such demographic variables, it’s mine to consider what will help two little girls learn their best with swelling class sizes, disappearing budgets, and growing evidence that teachers make the difference.