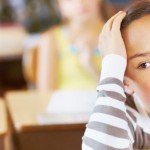 Defining "low-performing school" can be tricky, depending on your state, your child's grade level, and a school's test scores.

A school characterized as “low performing” can be many things, depending on your state and the grade level of your child. Some schools are called low performing because of low test scores, but they don’t have to be defined by test scores alone. Some public schools are called low-performing schools if a substantial number of students (usually 20 percent or more) are not proficient in reading or mathematics for two or more years.

In many cases, the state education offices have stepped up funding to help low-performing schools because test scores and other standards of student achievement haven’t improved over multiple years. Some public high schools are defined as low performing if fewer than 60 percent of their students have graduated for at least three years. Many low-performing schools are in poor communities where the students don’t have access to the resources that will help them learn.