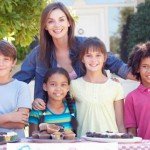 How to really make a difference at your child’s school

What's the best way to help out at your child's school? Here are time-honored tips on making a contribution of time and effort that really makes a difference.

In today’s world of higher expectations for school performance, achievement gaps, and shrinking school budgets, parents may feel bewildered about how they can best help their school. Where do you start? What kind of contribution really matters? Read on to find answers to these questions and to learn effective ways on how to make a difference at your child’s school.

There are two models of parent involvement: the standard model and the new, according to The Case for Parent Leadership (published by KSA-Plus Communications and The Prichard Committee for Academic Excellence). The standard model includes such traditional activities as volunteering in the classroom or on the playground, helping with homework, coaching sports teams, fundraising and, of course, attending PTA meetings.

The standard model is no doubt laudable, but the new model of parental involvement brings something more to the equation: a partnership to improve schools. No longer should parents assume that school officials and teachers are the experts and parents have, at best, only a supportive role in the schools. Today’s parents can play a significant role by holding schools accountable, setting high expectations for school facilities and school-level achievement, and helping to create programs that drive schools to improve.

Some advice from parent leaders

The ways in which a parent can become involved are much more varied than they were in the past and many parents have demonstrated that their involvement does make a difference. Many parents have challenged school lunch programs to improve, banned soda and junk food from school vending machines and exposed fraud in the school district office. Others have formed groups of pre-school parents to support their neighborhood school. Still others have created tutoring programs to close an achievement gap within a school’s student population.

When San Francisco middle school parent Dana Woldow became aware that kids “were making a lunch out of a giant bottle of soda and a giant bag of chips,” she decided something had to be done. Unfortunately, her initial efforts were met with resistance from an uncooperative district nutrition director. Her solution was to go directly to the superintendent to ask permission for a pilot program at her school banning junk food for half a year. Having secured this permission, she and some like-minded parents put together a committee of teachers, students and parents to move the project forward. Through their efforts they were able to prove that banning sodas and junk food from the vending machines and the à la carte food venue could be done, and that revenues from healthy food sales equal (and in this case were greater than) junk food sales.

Edye Deloch-Hughes of Oak Park, Illinois, was aware of an achievement gap at her school. Edye says, “The reality is pervasive not only in inner-city communities, but affluent diverse communities like Oak Park.” The questions that sparked her to take action were: “Why were our children scoring poorly on the Illinois Standards Achievement Test (ISAT) compared to their white counterparts? What could we do to help change it?”

Edye met with her principal, Flora Green, and a plan was hatched. They decided to “create a tutoring and mentoring program to address the academic and social challenges of our children, which would help supplement the programs already being executed in the school.” Her plan evolved into a resurrected chapter of African American Parents for Purposeful Leadership in Education (A.P.P.L.E.), an organization that has existed since 1987 throughout the elementary and high schools in Oak Park, but had been dormant at her school for five years. Now, she says, “We’re proud to say we’ve tutored close to 60 children. Many have become honor students. Parent tutors now attend teacher workshops sponsored by District 97 to help strengthen their tutoring skills.” Edye advises parent leaders to “talk to the principal and see what her needs are, then attract people with a strategy and a goal based on those needs.”

The benefits of parental involvement

Studies have connected parental involvement with improved school performance. Involved parents do many things to improve their schools from impacting student behavior through their presence to advocating for school improvement plans. In addition, parents who volunteer in their child’s school visibly demonstrate that they care, that they are taking ownership of their child’s education. This affects the child, the teachers and the administrators, who then feel both acknowledged and supported.

Research clearly supports the connection between a parent’s involvement and their own child’s achievement. A 2002 review of the research conducted on this subject (A New Wave of Evidence: The Impact of School, Family and Community Connections on Student Achievement), asserts that children with parents who are involved in their education maintain higher grades, attend school more regularly, continue in school and demonstrate better behavior. Children are more likely to enjoy school if their families show commitment towards their school and enthusiasm for the learning process.