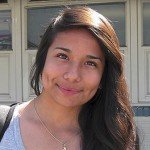 The mystery of Renaissance Academy

What magic formula makes this school succeed where so many others fail?

Leslie Zepeda isn’t complaining. Hanging out on the blacktop in her black skinny jeans, the 14-year-old skipped cafeteria food for a Fiber One bar she’ll eat later. Squinting into the sun, she chats about the newest member of her household: her 19-year-old brother’s baby girl. “It’s like everyone in the family had a baby,” she says with a laugh.

Typical of teens growing up in America’s inner cities, Leslie bears all the markers that might put her on the wrong side of our nation’s growing achievement gap. A child of Mexican immigrants, Leslie grew up speaking Spanish, learning English in school. She lives in a multigenerational household in a neighborhood where many teenage girls end up having babies rather than studying.

But Leslie has set her sights on Stanford University, and she’s working hard to get there. Unlike many middle school girls, her test scores have risen steadily — most notably in math. In the past three years, Leslie’s math scores increased from “basic” in elementary school to “proficient” in 6th and 7th grades and, if the state prep tests offer any indication, she’s on track to reach “advanced” this year.

Although a million decisions influence a child’s learning, Leslie’s choice of middle school, Renaissance Academy (GreatSchools Rating 8), may be what’s tipping the balance. One of the rare high-performing middle schools in her district, Renaissance’s California API scores have risen more than 100 points since 2005 — from 736 in 2005 to 871 in 2012. Leslie’s three-year trajectory in math mimics exactly what Renaissance helps its students achieve overall: test scores improve as students progress from 6th to 8th grade — it’s a rare trajectory in California’s middle schools. The school’s GreatSchools Rating, broken down by grade, increases from 7 for 6th graders, to 8 for 7th graders, and an impressive 9 for 8th graders.

It’s the kind of remarkable growth in student achievement that makes people take notice no matter where it happens. But Renaissance starts with extra challenges. Located in a working-class area of East San Jose plagued by crime and sirens, Renaissance draws from low-income families living in nearby rentals. Parents often work two or three jobs, and are forced to leave kids unsupervised. Ninety six percent of Renaissance’s students qualify for free and reduced lunch, a quarter are learning English, and the school is smack in the middle of Norteño and Sureño gang territories.

Still, students’ test scores rank Renaissance among California’s top 10 percent for schools serving similar demographics. Since it opened in 2004, Renaissance has been squeezed into portables and classrooms borrowed from Clyde L. Fischer Middle School. The two schools share a cafeteria, some sports teams, and a black security fence. Fischer, serving a similar demographic but double the students, gets a GreatSchools Rating of 4.

Renaissance’s success begs the question: what are they doing right?

When the bell rings, 32 kids line up quietly outside their classroom. Ms. Walsh, a first-year Teach for America teacher, gives instructions — “Sit quietly and turn to page 109” — then follows the Renaissance ritual of greeting each child and shaking his or her hand on their way inside. During class discussions, kids are expected to interact thoughtfully and respectfully: “I agree with Miliano because… and I think…”

At Renaissance, learning is a well-choreographed dance where all three partners — parents, teachers and students — have distinct roles. Assignments are posted online or emailed to parents so they know exactly what’s due and can help their kids organize their time, look for answers in their meticulously kept spiral notebooks, and get extra help. Teachers make themselves available before and after school. Students are expected to be responsible for their learning: not only to turn in homework, but to ask questions when they don’t understand.

The multi-faceted system of emails, rules, check-ins, and note taking requires a level of time management and self-determination that would overwhelm some educators, much less adolescents and harried parents. But it’s a system designed to make sure no assignment or issue falls through the cracks. Adrienne Tejeda, mom to two Renaissance students, says she loves it. When her son’s description of his homework sounds dubious, she says, “I can check [it] against the teachers’ weekly emails.”

Thanks to a carefully cultivated culture that values parental involvement, Renaissance has attracted families, like Leslie’s, who make education a priority. At her recent student-led conference, both of Leslie’s parents came, though only one was required. And all parents (not just a select few) commit to 30 volunteer hours per year — a huge expenditure of time by any measure of parental engagement — and they seem to love it. “[Parents] feel important and needed here,” Tejeda explains.

Indeed, according to Vince Iwasaki, the school’s academic dean, Renaissance wouldn’t even exist without parents. Born of San Jose’s parent-driven small schools movement, the school narrowly avoided closure because parents lobbied the district to save it.

No gym bag left behind

It’s 9 am on a Tuesday when Iwasaki, toting an unmarked black nylon bag, walks into the school’s portable office. Rather than stowing it in lost and found, he asks a teacher to return it to the student: Sarah Brown. Since most public middle schools can’t keep track of all students — much less their belongings — this gym bag’s relay speaks volumes. Reflecting the school motto “Kids are well known,” teachers and staff know all 288 students by name, grade, strengths and weaknesses, and their parents, too — all to keep students feeling connected. “It’s the time when parents and teachers tend to back off,” says science teacher Natan Ben-Yonatan, one of Leslie’s favorites, but “because of their age and the chances for getting into trouble, it’s … when we really need to be closer.”

Despite steady academic improvement, Renaissance has its struggles. Four teachers — including Walsh and Iwasaki — face pink slips. While the vast majority of the students are doing well, some struggle academically, and a handful need intensive counseling and classroom aides.

Sometimes what sounds cool and innovative shows cracks when implemented. Leslie’s English class used iPads to tackle To Kill a Mockingbird — fulfilling a new common core standard focused on exposing students to complex texts and using Renaissance’s only technology. In the end, though, it took the class 12 weeks just to read excerpts — using first-generation tablets students couldn’t even take home.

And some challenges school alone can’t fix. “You can know a student for three years,” says Ben-Yonatan. “Then give them a ride home one day to learn they’re living in a garage with 12 other people. It’s a whole new view on why they’re not doing well.”

Yet you’ll never hear excuses. The collaborative teachers, hands-on dean, and energetic principal who helped found the school are all too focused on student achievement and a positive school culture — which extends beyond the classroom to motivational rewards, such as a relaxed version of the dress code for students who earn a 4.0 GPA and college campus visits in every grade.

After three years at Renaissance, Leslie’s not sick of the place or champing at the bit for high school. Instead, she says she’s lucky to be a part of Renaissance. “Stanford is a big goal because it’s really hard,” she admits. But following the attitude Renaissance has modeled for the past three years, she says, “I’ll try my best.”