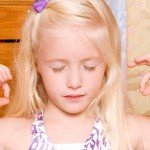 Meditation but no math?

One teacher's radical approach to homework has science on its side.

“My teacher says homework doesn’t make you smarter. Mediation does.”

And so it was that my 5th grade daughter became our resident guru of mindfulness. First she told me about the meditation exercises she practiced with her class a couple of times a day. Then she began closing her door each night a few minutes before bedtime to meditate by herself. One evening, just at the time she usually begged to watch The Voice, she shyly asked me if I would like to join her. She talked me through three of the methods she’d learned: mindful breathing, mindful listening and “heartfulness” (the act of sending good thoughts to someone you care about), all ending with a long earnest “Om.”

The cuteness of it all was killing me. But I didn’t think about its long-term implications for her learning until back-to-school night.

Surrounded by vigilant, well-scrubbed parents, her teacher — a young beaming woman with an impeccably designed Powerpoint — told us that indeed, she had “drunk the Koolaid about mindfulness” and yes, there would be no homework, since studies showed it had few positive, and some potentially negative, effects at this young age. “So there will be no homework, except reading and an occasional task that should take only a couple of minutes,” she said.

The room seemed to take a collective breath as the parents processed her words. Meditation but no math? This town was filled with people who believed in the power of education: most of them moved there just for the schools, which were known for their gleaming campuses and astronomical test scores. It was a town, according to a friend and longtime resident, of “strivers.” My husband compared the place to a PTO meeting that never ended. How would these parents react to a teacher who dished out breathing exercises instead of book reports?

One woman raised her hand. “My son is very disorganized. How will he prepare himself for middle school without homework?”

The teacher was firm: “He will need to remember to fill out his reading log. That will require organization.”

Another mother asked: “What about multi-faceted long term projects?”

“Your child will be doing them in class. We all know that children aren’t the ones doing those projects at home.”

I peered around the room. Did the parents jrealize what this teacher had just implied about our homework help? That perhaps we hovered a little too much?

As someone who reads about learning for a living, I couldn’t believe my ears: It was downright radical to hear a teacher cite studies about what actually helps kids learn. On homework the teacher was right: the evidence isn’t there to warrant lots of homework in the elementary grades. If a teacher can manage her class and teach a lot of material during the 6 or 7 hours of the school day, then there’s no reason to pile more on at night. (Unfortunately, this isn’t always the case. Both my daughters have been in classes where most of the learning happened at night because no learning was happening in a noisy, unfocussed classroom.)

On meditation, she also had done her homework. The findings on the value of mindfulness are hard to dismiss. In an extensive review of scientific studies on the effects of different kinds of meditation on the brain, various meditative practices improved sustained attention, memory and focus — the very building blocks of learning. Other types of meditation improved conflict resolution and emotional regulation, two social emotional skills essential for academic success. In fact, there’s so much scientific excitement about how meditation effects intelligence and emotions and health that, as one meditation teacher I know put it, you can’t spit in a meditation center these days without hitting a neuroscientist. (Check out Shauna Shapiro’s awesome explanation about how meditation changes the brain, courtesy of the equally awesome Greater Good Science Center, below).

Does this mean we should dump mental math for meditation? Not by a long shot,  but in an era when we’re asking so much of our children’s minds, it makes sense to set them up for success with some powers of self-observation and focus.

At least for now, I’m not second-guessing my daughter’s teacher. So far my daughter is a working example of how focusing the mind can work to heighten our powers of intelligence and will. Lately she’s taken to meditating before her soccer games. She used to maybe score a single goal, but since her meditation habit took hold she’s been scoring two or more goals a game. Anecdotal and totally unscientific? You bet. But in the world of parenting, seeing our children improve is the only evidence that counts. Next up: her semester report card.

Watch Shauna Shapiro on meditation and the brain: