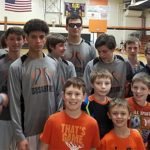 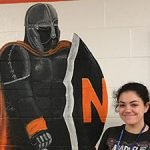 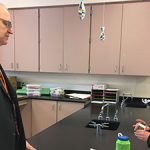 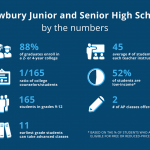 It’s half past two and students are huddled in groups around the school, playing board games in one classroom, preparing for yoga in another. Down the hall, students are practicing their band instruments with one-on-one assistance from their instructor; other classrooms offer open drawing, weightlifting, and academic intervention. These are just a few of the activities students can choose from during the period before the final bell: at Newbury Jr./Sr. High School, enrichment and individual academic support are a part of every student’s schedule. 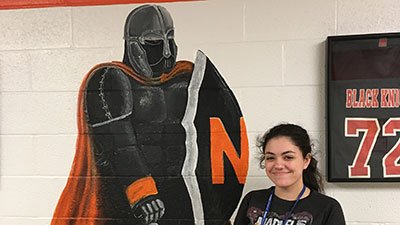 This 40-minute period at the end of each day is called “Black Knight Time,” in honor of the district’s mascot. Activities occur in two shifts each week, enabling a student to attend weightlifting on Tuesday and study the history of film on Wednesday. Tutoring is always one of the choices, and core academic teachers are available to assist students who have been identified as needing intervention. On Fridays, Black Knight Time is slated for pep rallies, service projects, and other community-building activities.

Set in a declining, semi-rural community southeast of Cleveland, Newbury Jr./Sr. High School stands out as a model of supporting postsecondary success. Though many parents have professional backgrounds, fifty-two percent of students come from low-income families. Yet the school boasts impressive college success metrics. The average ACT score is 22 and nearly nine in ten graduating seniors enroll in college. Few students need remediation in college (12% for math and 6% for English). Perhaps most impressive, test scores reveal no equity gap between students from low-income and non-low-income families.

Newbury’s intimate, family-like atmosphere has always been a big part of the school’s success. The entire district is so small that it is housed in one large building, where kindergarteners and twelfth graders walk the same hallways on the way to gym or lunch. Each graduating class has approximately 40 students. Principal Michael Chaffee doesn’t just know every student’s name; he knows their interests, their struggles, and the progress they’re making toward their goals.

Chaffee has been at Newbury’s helm since he joined the district three years ago. In the time since, his innovations have included Black Knight Time, block scheduling, daily teacher collaboration, and a monthly luncheon for students who are recognized for exhibiting positive traits that include kindness, compassion, and a willingness to help others.

For such a small school, Newbury offers a tremendous number of enrichment opportunities. Electives are designed based on student interests, so that everyone has a chance to participate in something that inspires them. Newbury sees its competitors as the region’s elite private high schools — places like Gilmore Academy and Hawken School, where students can study entrepreneurship and constitutional law, compete in golf clubs, or enjoy on-campus swimming pools and an ice skating rink. While the high school offers just two AP courses, dual-enrollment opportunities through Ohio’s College Credit Plus program are many and easily accessible to interested students.

Sage Neidbalson is a high school junior who hopes to attend Penn State University and become an orthodontist. By the time she graduates, she will have completed one year of college thanks to dual credit courses at nearby Kent State University university — all while participating in volleyball, softball, band, choir, and cheerleading. “I think Newbury has helped me get ahead,” she says.

Junior Hannah Grubbs is involved in the high school’s peer mentoring initiative, the publications club, and the National Honors Society. She also competes on Newbury’s basketball, track, and co-ed soccer teams. “People say when they think small, they think no opportunities,” she says. “But that’s not what Newbury is. It’s small but I think that makes it easier to go far and figure out what you want to do.”

The high school has a strong partnership with Auburn Career Center, a nearby technical school. There is no stigma associated with vocational tracks at Newbury. In fact, many college-bound students take advantage of Auburn’s offerings to enhance their skills and build stronger college applications. Likewise, many students who participate in technical learning experiences also enroll in courses that result in college credit, and Newbury encourages students to explore both.

Arin Justice, a high school junior who loves technology and mobile apps, says she chose to attend Auburn’s courses to build her college resume while learning about topics she enjoys. Justice is pursuing Auburn’s Information Support and Services program, which is focused on computer technology. She loves software (though, she adds, “hardware is also pretty cool,”) and she feels like her combined opportunities at Auburn and Newbury are preparing her well for robust opportunities in college. “I could go into whatever I want after this,” she says. 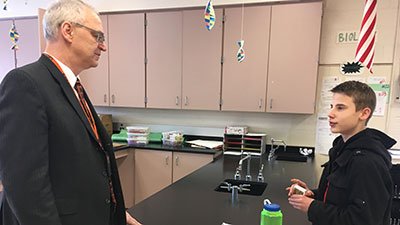 “We try to meet every child where they are and advance their talents,” Chaffee says. He notes that it can be challenging to maintain the commitment to providing a well-rounded and supportive education under the mandates of frequent state testing, which forces the district to commit valuable time and resources to dozens of test days. “Standardized testing is suffocating,” he said, “but I think we do a pretty good job of not overemphasizing it. At the end of the day, our kids aren’t going to be judged by how they do on the tests. They’re going to be judged by how prepared they are going forward.”

Fostering its students’ individuality is Newbury’s greatest strength, says Chaffee. “We really try to let kids be who they are.” 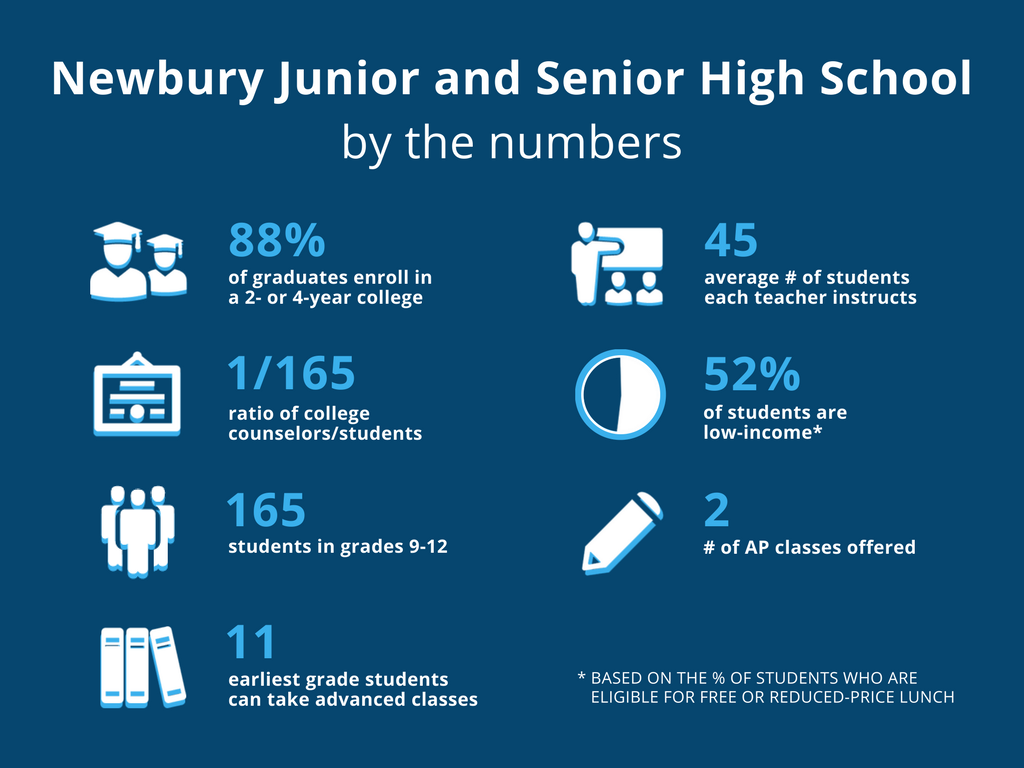 GreatSchools’ College Success Award honors public high schools in 9 states that are doing a great job of preparing students for postsecondary success. Learn more about the award, see the list of winners, and read about more award winners here.