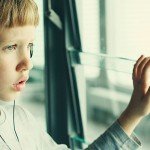 This mother is saying what no one wants to hear: stories of autism cures are fairy tales.

With the new estimates released by the Centers for Disease Control and Prevention that now put the incidence of autism diagnosis at one in 110 children (much higher for boys), I am thinking once again about the scores of parents out there who are facing not only a doctor’s dire prognosis but also an avalanche of confusing promises for recoveries and cures.

When my son, who is now 13, was first diagnosed just after his third birthday, we didn’t yet have bookshelves groaning with autism memoirs. Back then you read the early bibles of hope, Let Me Hear Your Voice and Son-Rise. Hope came from a variety of treatments, but the message was always the same: If you commit all of your time, your money, and your family’s life, recovery is possible. And who wouldn’t do almost anything — mortgage a home, abandon a career, or move to be closer to doctors or schools — to enable an autistic child to lead a normal life?

Now, as the mother of a 13-year-old, I will say what no parents who have just discovered their child is autistic want to hear but should, at least from one person: I’ve never met a recovered child outside the pages of those old books. Not that it doesn’t happen; I’m sure it does. But it’s extraordinarily rare, and it doesn’t happen the way we once were led to believe.

In saying this, I don’t mean to sabotage hope or the fiercesome faith one must keep, especially early on when a child’s progress can be so slow it sometimes feels nonexistent. It is essential for parents to maintain that faith because progress does happen. But after a decade of waging this war, I can also say this: Every parent of a child on the autism spectrum knows the feeling I’ve done everything possible — why isn’t he better?

The answer is simple: Because this is the way autism works. There are roadblocks in the brain, mysterious and unmovable. In mythologizing recovery, I fear we’ve set an impossibly high bar that’s left the parents of a half million autistic children feeling like failures.

They do get better

I don’t mean to sound pessimistic about the prospects for autistic children. On the contrary, I see greater optimism in delivering a more realistic message: Children are not cured, but they do get better.

And better can be remarkable. At 13, my son is a far cry from the toddler who melted down when the sand was the wrong texture for drizzling. These days he embraces adventure, rides his bike, and repeats any story he tells five or six times. I remember thinking maybe we’d laugh someday at the lengths we went to when we were teaching him language — the flash cards, the drills, the repetitions. Now he’s talking at last in his own quirky ways, and we don’t laugh about the drills (though we laugh about plenty of other things). Language is a victory. So is connection and purposeful play. So are the simpler things: a full night’s sleep, a tantrum-free day.

Parents working toward these goals will one day be surprised and delighted by their children’s funny new obsessions, odd fixations, and tentative but extraordinary connections with other children.

Being more realistic from the start might make it possible to enjoy the journey and see it for what it is: Helping a child who will always function differently to communicate better and feel less frustrated.

To aim for full recovery — for the person your child might have been without autism — is to enter a dangerous emotional landscape.