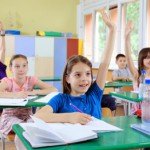 Advertisement
Parenting » Education trends, Find a school skills » What the No Child Left Behind law means for your child

What the No Child Left Behind law means for your child

The No Child Left Behind law has brought sweeping changes to education across the nation. Here's what it means to your child.

Since the No Child Left Behind (NCLB) law took effect in 2002, it has had a sweeping impact on U.S. public school classrooms. It affects what students are taught, the tests they take, the training of their teachers and the way money is spent on education.

Debate rages over whether the law is an effective way to improve academic achievement. Congress was scheduled to decide whether to renew it in 2007. But efforts stalled amid criticism of the law from both Democrats and Republicans, and arguments over how to change it.

The latest estimates, according to U.S. Deputy Secretary of Education Ray Simon, are that NCLB will probably not be reauthorized until 2010. In the meantime, in October 2008, the U.S. Department of Education added new regulations to the law which include requiring schools to provide a uniform calculation for high school graduation rates, and enhancing a parent’s ability to access school choice and tutoring options for their children by requiring schools (and providing them with funds) to communicate to parents about their options in a timely and clear way.

The focus of the debate

Many critics, including those who agree with the law’s goals, argue that it is a “one-size-fits-all” approach to education that overemphasizes testing and doesn’t provide enough money to schools to achieve success.

As stricter testing requirements and penalties have taken effect, several states have rebelled, challenging the law in legislatures and the courts. In response, the U.S. Department of Education has given greater latitude to some districts and states in satisfying the law’s provisions. That, in turn, has drawn criticism that the federal government has gone too far and weakened the law so much that it can’t achieve its goals.

For parents trying to figure out how NCLB affects their children, it can be tough to keep up with the fast-moving developments. Here’s a primer:

NCLB, your child and your school

The law may help your child in two ways:

But your child and your school may not receive the full benefits if you don’t ask for them. The U.S. Department of Education has neither the personnel nor the budget to make sure that all of the nation’s public schools comply with NCLB’s complicated regulations. Education officials have said from the start that the key to enforcement would be parents who pressure schools to give their children the options provided by the federal law.

The law’s goals and what it says

The law, which was passed with bipartisan support, was designed to introduce national standards to a system in which students in some demographic groups were more likely to succeed and others likely to be left behind. But it allows states to determine how success is measured.

States are required to set targets for overall achievement and for specific categories of students, such as English language learners or economically disadvantaged students. These targets determine whether the school makes “adequate yearly progress,” or AYP, as measured by state standardized tests. A school can fail – even if it is making substantial progress for most of its students – if one category of students cannot meet the standards. The goal is for every student in public school to be proficient in reading and math by 2014.

The law applies to schools that receive Title I money from the federal government. Schools that get Title I funds are generally those in which at least 35% of students are from low-income families. More than half of all public schools are Title I schools.

How the law affects teachers

Teachers must be “highly qualified” to teach core academic subjects in every classroom. Specifically, an elementary school teacher must have a bachelor’s degree and pass a rigorous test in core curriculum areas. Middle and high school teachers must show they’re competent in the subjects they teach by passing a test or by completing an academic major, graduate degree or comparable coursework.

Research, including a 2006 study of three states by the think tank Education Trust, shows that students in schools with a large percentage of minority and low-income students are more likely to be taught by teachers who are inexperienced and lack a major or minor in the subjects they teach. The teacher qualification provisions of NCLB are aimed at insuring that schools where students tend to need the most help employ teachers who are qualified to provide it. States have struggled to meet this goal.

The law covers other teaching staff, too. Most teachers’ aides and other “paraprofessionals” are now required to complete two years of college or an equivalent type of training.

NCLB also requires teachers in kindergarten through third grade to teach reading based on “scientifically based” research. Schools may be eligible for “Reading First” grants to assist with improving reading instruction. Although this program has shown initial signs of effectiveness in helping to boost reading instruction, it came under scrutiny in September 2006 when a scathing report (PDF) by the Office of Inspector General of the U.S. Department of Education revealed that several members of the panel who award Reading First grants may have had conflicts of interest because they had ties to publishing companies which promoted specific reading materials with a specifc philosophy.

States must have an “Unsafe School Choice Option”-that is, a plan that allows students to transfer to a safe school if they attend a school designated as a persistently dangerous school or if they become victims of violent crime.

Those that haven’t met “adequate yearly progress” (AYP) for two consecutive school years are identified as “in need of improvement.” Every student in the school will be given the option to transfer to a better-performing school in the district, with free transportation included. However, NLCB requires that priority in providing school choice be given to low-achieving children from low-income families.

School districts may not use lack of space as a reason to deny a transfer, but they have some flexibility in meeting this requirement. School districts may restrict which schools are available for transfer and when transfers may occur. They may sign contracts with neighboring districts to accept students from failing schools, contract with online schools, create schools within schools, offer supplemental services a year early, hire more teachers, add portables or build new classrooms at more successful schools. If a school continues to fail to meet AYP, these sanctions take effect:

After three consecutive years, the school must also provide “supplemental education services,” or SES, to children who remain at the school. Those services can include tutoring, remedial classes, after-school services and summer school programs.

The federal government has allowed some districts to switch the order of sanctions. Students would be eligible for free tutoring if these schools fail to meet their goals for two years in a row and would then get the option to transfer if the school misses its goals a third time.

After four consecutive years of failing to meet annual goals, the district must take action to improve the school, such as replacing certain staff or implementing a new curriculum.

After five years, the school is identified for restructuring and arrangements must be made to run it differently. These can include a state takeover, the hiring of a private management contractor, conversion to a charter school or significant staff restructuring.

How schools can benefit

There are rewards for schools that close achievement gaps between groups of students or exceed academic achievement goals. States can use federal funds to pay teachers bonuses, and they can designate schools that have made the greatest achievement gains as “Distinguished Schools.”

Other benefits of No Child Left Behind include:

What schools must tell parents

All schools and districts are required to make annual report cards available to the public. The report cards must include details on:

The U.S. Department of Education also requires states to participate in National Assessment of Educational Progress (NAEP) reading and math assessments of fourth- and eighth-grade students every two years. These tests allow parents to compare how students are performing in different states. The NAEP results must also be included on school and district report cards.

The No Child Left Behind law was designed to hold schools more accountable and empower parents. Here are some steps you can take to make the law work for your child:

How the law is working

The nonprofit, independent Center on Education Policy releases annual report cards on NCLB. The organization, which advocates for public schools, surveyed education officials in 50 states and gave the law a mixed report card in 2006. The center concluded that as a result of the law:

Only about 1.6% of students eligible to transfer from low-performing schools did so in 2005-2006, a percentage that hasn’t changed much since 2002-2003 when the option was first offered. The Center for Education Policy survey suggested that families didn’t choose to change because they were satisfied with their current schools, wanted to go to schools in their neighborhoods or were discouraged by long commutes.

But others have accused school districts of failing to notify parents of their option to transfer. School choice advocates took legal action on these complaints and sued the Los Angeles and Compton, California, school districts in 2006.

In an attempt to increase the number of students getting tutoring, the federal government changed the rules in 2006 for 23 school districts in Alaska, Delaware, Indiana, North Carolina and Virginia. In these districts, students in schools that have failed to meet goals for two years are eligible for free services and don’t have to wait for their schools to fail a third time.

As the increasingly strict provisions and penalties of the law have taken effect, protests over the law have grown in scores of states, where officials complain that the law requires them to spend dollars they don’t have.

The single biggest criticism is that the federal government has not fully funded the law, a charge the Bush administration counters by saying that the law is a partnership between the U.S. government and the states.

Others argue that the law imposes a rigid solution to problems historically better solved at the state and local levels. Utah decided in 2005 to forfeit federal money rather than follow the law. Other districts and states have filed legal challenges or are contemplating them.

While praising the law’s goals, the bipartisan National Conference of State Legislatures has called for more flexibility and more money.

In response to the criticisms, the federal government has loosened some of the rules for some states. But critics, on the left and right, say the law creates a number of other problems: