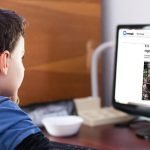 A new summer reading tool for parents who are hell-bent on avoiding summer brain drain.

How did it happen? It’s late June already and our summer learning plan is AWOL.

When school was still in session, I couldn’t raise the specter of summer learning with my two daughters. Talk of reading novels or doing mental math only raised a hue and cry of little voices: “Mommy, school’s not even out yet!”

Then summer began like a horse race with a shot and an onslaught of noise, activities, and confusion. Now it’s been almost three weeks and I’ve only weakly asserted the concept of daily reading and some compensatory piano plinking to make up for months of musical neglect. But given they got little-to-no summer homework and I failed to sign them up for anything remotely academic, they are — like millions of kids this summer — at risk of having their brains melt. They’ll be learning to create human pyramids at circus camp and make snail houses out of clay, but if I want them to read, write, or do any ‘rithmatic, it’s on me.

Enter Newsela, a gorgeous news site for kids in fourth to 12th grade and pegged to the new Common Core Standards. These new educational standards have been adopted by 45 states and are touching down in thousands of schools this fall. One of the most notable differences in the new school standards is their emphasis on grappling with complex texts — especially nonfiction writing. Though the site is designed for teachers, it’s ideal for parents like me — working and woefully unprepared to engineer summer learning from afar.

Matthew Gross, founder of Whipsmart Learning, says the idea sprung in part from watching his two children search for the right kind of reading.

“The older one was burning through books far beyond his grade level,” he said, explaining that it was difficult to keep finding good material for his insatiable appetite. The younger one, however, was struggling. “When he was assigned books, he’d throw them in a corner declaring they were ‘baby books.’ I looked around and saw that there wasn’t a lot of high-quality content.”

The technological magic of the site derives from its careful leveling of real news stories about kid-friendly but sophisticated issues culled from major publications such as the Los Angeles Times. Among the dozens of articles featured its initial week were stories about child labor on cocoa farms, the Twitter war in the wake of a little boy who performed the national anthem for an NBA game in Mariachi attire, and the new push to protect chimpanzees used in laboratory experiments. For each story, the reader can choose from reading levels ranging from third to 12th grade and answer short comprehension quizzes gauged to the appropriate level.

Indeed, the leveling options may deliver a new learning innovation unto themselves. Gross said that some teachers who piloted the product challenged kids to “beat the max” by progressively reading more advanced versions of a single story and taking the quiz. “It was a sort of scaffolded approach,” Gross says. “There were a few sixth graders who were reading and acing the quizzes intended for 12th graders.”

When I showed it to my 13-year-old, she quickly figured out where she stood, but the real revelation came from toggling back and forth to see how different levels dealt with the same ideas.

As a parent, I’m not eager to track my child like just another metric in my life. But in this case, the tracking tools may prevent nagging. Each child’s reading history and quiz results are recorded, so parents need not quiz their child on what she’s done that day. It’s all tracked and tabulated on the child’s page. Someday, a fancier version of Newsela may be sold to schools, but the basic one will remain free. “We’re just excited to have kids devouring the news, exploring the site, and learning about the world this summer,” says Gross.

As I watched my 9-year-old sit at the kitchen table hunched over our laptop with her fingers in her ears, reading about the plight of the laboratory chimp, shushing anyone who tried to ask her if she wanted dessert, I realized the litmus test for any new educational product or publication has little to do with its technological bells and whistles or its cutting-edge standards alignment.

It’s the writing. A lot of English teachers have expressed dismay at the new focus on nonfiction in the Common Core Standards because they know most of what is fed to kids under the auspices of informational texts is pabulum and really can’t measure up to the children’s fiction out there. The key is that all reading material for kids — whether it’s a novel, a leveled chapter book, a picture book, or an online news site — hews to the principles of good storytelling. In other words, writing for kids may be simplifying material, but that doesn’t mean they should dumb it down.

Gradually, with tools like Newsela and Muse magazine and a few other rare sources of smart writing for kids, working parents like me won’t feel quite so beleaguered by the prospects of engineering summer learning from afar. Or at least, that is what I’m hoping. Both my daughters have agreed (with a modicum of enthusiasm) to read five articles a week. In the meantime, I’m looking forward to slightly more informed dinner debates and the relief that comes with having planned something — anything — to keep their brains sharp these long languorous months.