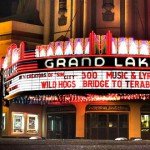 Looking for a school in Oakland? Let us help by giving you the inside scoop.

It would be a mistake to write off Oakland. It is a complex and paradoxical metropolis with a multitude of ethnicities, languages, and cultures, with contrasting areas of luxurious wealth and dire poverty. It’s sprawling, decentralized, and a land of diverse environments — lakes, hills, creeks, forests, waterfront, and flatland.

Oakland’s amenities are phenomenal. Its Mediterranean climate is rated best in the United States; its 100 parks provide one of the highest percentages of open spaces per capita in the nation; its three professional sports teams include the NBA champion Golden State Warriors; its recognized as a world-class food destination, especially in the Temescal, Rockridge, and Fruitvale neighborhoods. The city has pro-sports teams, a symphony, a zoo, museums, Art Deco architecture and high-quality colleges and universities nearby. All this, with median home costs only half that of foggy, windy San Francisco across the Bay.

But what about the schools? Parents confront a confusing mixture of options in seeking the right school for their child because of the dizzying assortment of more than 150 public, private, charter, independent, parochial, immersion, military, and vocational schools. And with it comes good news and bad news.

The bad news? The Oakland School District was until recently rated 4 because of poor test scores. Only 35 percent of Oakland’s high school seniors graduated with the coursework needed to attend college, and only 23 percent of students met or exceeded the math standard. The district’s GreatSchools rating has improved to a 6.

GreatSchools categorizes 18 Oakland public elementary schools as “above average” with ratings of 6-10, but there are 55 schools with below average 1–5 scores, including 15 “1’s” and 16 “2’s.” This prevalence of low-performing schools is repeated in middle and high school ratings.

Heed the warning, but don’t be pessimistic — Oakland schools are on the upswing, via vision, innovation, and volunteerism.

• The district’s “Pathway to Excellence” strategic plan by Superintendent Antwan Wilson aims to increase graduation rate to 85 percent by 2020, and elevate the percentage of African American, Latino, special education, English language learner, and foster youth students who qualify for admission to four-year universities or colleges to 60 percent.

• Although approximately a third of libraries in Oakland schools have been closed, many are reopening, staffed by volunteers.

• Oakland is also a national leader in the innovative “restorative justice” reform. Instead of punishing students via expulsion or suspension, restorative justice is attempting conflict resolution, group dialogue, and community building.

Going to school in Oakland

First step: Acquaint yourself with the Oakland Unified School District’s website. Specific pages to read, and print out if necessary, are the School Directory, the Academic Guidance Document,
Fast Facts, the School Map, the Requirements for Graduation, and — most important — the lengthy, comprehensive Parent Guide.

Are you looking for enrollment Information because your family is new in town? Everything you need is on Page 13–15 of the Parent Guide document.

Second step: Visit for the Student Assignment Office, temporarily located 746 Grand Avenue, across from the historic Grand Lake Theater (pictured above). The Student Assignment Office will assist you in the enrollment process if your child is new to OUSD; returning to OUSD from a charter school, private school, or school in another city; or transitioning from another OUSD school. Specialists are available to help you from 8 a.m. to 2 p.m. Monday through Friday. For more information or to make an appointment, contact the office at 510-273-1600 or email enroll@ousd.org.

The Student Assignment Office is preparing to relocate. To make sure it’s at the above address, contact the OUSD office at 510-434-7790, or visit it at 1100 Broadway, Suite 680, in the historic district just two blocks from 12th Street BART, the region’s subway system.

Oakland Unified has operated with an equitable lottery system that allows every child to apply to any school in the district. This guarantees all children a fair chance of enrolling in a high-performing school. Any student entering kindergarten, middle, or high school is required to hand in an application to attend that school in the fall, even if the school is across the street or down the block.

Applications for kindergarten can be picked up from any OUSD school or from the Student Assignment Center and returned to either location with the required documents (see page 15 of the Parent Guide).

Find the schools with open houses and school tours and check the schedule. You can also contact the schools directly about dates and times for these events.
On the application, you need to list the schools you want your child to attend. If the school you want the most has enough spaces, all applicants are enrolled. If applicants outnumber spaces — a scenario at the most popular schools — children in various categories receive priority. What are those priorities? Good question.

The OUSD Board of Education reviews its priority policy for admissions annually, taking into account state and federal laws. Admission priorities are changed regularly, and in fall 2015 began reassessing the OUSD enrollment process via surveys of parents.

So the best answer, as OUSD is transitioning into something new, is ask the Student Assignment Office about the admission priorities.

In previous years, applicants received priority if they qualified in the categories below:

1. Siblings. Any child who has an older brother or sister at the school goes to the front of the line.
2. Neighborhoods. If you live inside a school’s boundary, you get nudged ahead of those who live outside it. Check the map.
3. Students living in “Program Improvement school neighborhoods” — i.e. neighborhoods with schools that have not met adequate yearly progress on test scores for two consecutive years.
4. Open lottery.

Don’t assume that you’re in the zone of your geographically closest school; check the map. Danine Manette, an Oakland mother of a prospective kindergartner, was surprised to discover that her daughter would not be placed in nearby Chabot (GreatSchools Rating 10), but was instead sent to Kaiser Elementary (GreatSchools Rating 7), which is .3 miles farther away. Manette says, “I called OUSD to beg, plead, or bribe someone into letting my child attend Chabot but was told, ‘nope.’ ”

Oakland has several top-ranked public elementary schools, but the majority are situated in just a few areas — higher elevation zones like Montclair, near the Berkeley border, and some near lovely Lake Merritt. Outside of these zones, the schools are rarely as exemplary. But there are exceptions. American Indian Public High is in a less prestigious neighborhood but has a GreatSchools rating of 10.

One popular strategy when designating your choices during the application process is to include one or two top-notch schools with slots available (even if they’re outside your area), while also listing acceptable local schools where your child has a higher chance of getting in.

Carefully complete your application, (otherwise, it won’t get processed) and don’t miss the deadline — usually in January for the following school year. When you turn in your form, bring your child’s birth certificate, guardianship documentation (if applicable), your child’s immunizations record and three documents verifying your Oakland address. To avoid common mistakes, remember that:

Oakland offers a wide variety of excellent charter, private, and parochial schools in the middle and high school grades. So many, in fact, that picking one can be stressful.

In her quest to find the best fit, Manette enrolled her three children in nearly every category of Oakland school. Her oldest son, Cedric, first attended a Christian school — Zion Lutheran. Zion Lutheran provided Cedric with small classrooms and a structured environment, “which he really needs,” she says. Later, he moved to Oakland Military Institute, a charter school that Manette recommends as “a public school with a private school ‘feel.’ The halls are clean, the students are disciplined, there are never budget shortages, there is a lot of school spirit, it’s free, and they don’t push the military on the students.”

When Cedric was a high school junior, he transferred to MetWest High School near Lake Merritt because he wanted to play baseball. (Oakland Military Institute doesn’t have a team). MetWest is a small autonomous school with an innovative program that offers internships with local agencies. It’s been successful at producing college-bound graduates, but Manette reports that transferring her son there, “turned out to be a horrible decision. … The amount of homework dumped upon the children was ridiculous. My son was buried in papers, tests, novel reading, and presentations every night.” After one semester there, she says, “We ran back to OMI.”

Manette’s second son, Ryan, also attended Zion Lutheran as a youngster. She realized, however, that he needed an academic challenge in middle school, and that, “he might not be a good fit socially for a public school environment.” He transferred, and thrived, at Head-Royce, a private school with demanding scholastics. He has also — just for fun! — taken physics classes at the Lawrence Hall of Science in Berkeley.

More than 10,000 students are enrolled in Oakland’s charter schools, but they are occasionally flashes-in-the-pan; in the last two decades approximately 20 have been closed, abandoned, non-renewed, or revoked. Highly successful charters do exist, though, such as North Oakland Community Charter with its GreatSchools 9 Rating and 159 5-Star reviews. But the ratings can slide all the way down to a 2. In addition to checking the ratings and reviews, visiting charters while they are in session is highly advised. It’s good to determine if the philosophy is a good fit for your child.
Remember that every school has its own requirements and specific application process, with their own deadlines. Forms are available on each school’s website. Information can be obtained via the Office of Charter Schools at 510-336-7572.

Private schools and religious schools also need to be approached on their own terms. GreatSchools is a source of a lot of information about the schools but does not rate them because their test scores are not publicly available. Many don’t have their students take the state tests. One thing to know about these schools: the application procedure can be arduous, with essays and interviews usually required for both the parents and the child — and occasionally tests for the child.

The effort can be worth it though. Oakland has many desirable private and parochial choices allowing parents to find a school that best fits who there child is and who they hope that child will become. For instance The College Preparatory School is highly rated nationally — No. 6 in the United States in 2013; Beacon Day School is, an innovative, year-round school; Holy Names is an all-girls Catholic high school with a 5.5-1 teacher-student ratio; Bishop O’Dowd is a Catholic high school with strong sports and community service programs; and Julia Morgan School for Girls is the only all-girls middle school in the East Bay.

A word to the wise: the separate application requirements for charters, privates, and parochials can be time-consuming and organizationally difficult. It’s easy to overextend yourself in process. Do as much research as possible in advance so you’re not wasting hours — and application fees — applying to schools that aren’t a good fit for your family. If you find the perfect fit, check for financial aid possibilities if finances are the concern.

Still confused? The Berkeley Parents Network has a fabulous forum on education in Oakland.