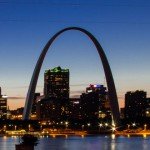 Searching for a school in St. Louis? Let us make the process a little easier.

Mark Twain once quipped, “I have never let my schooling interfere with my education.”

Twain’s sarcastic dismissal of the “readin, ritin, and rithmetic” classes that he attended (or avoided) in his home state of Missouri is not a sentiment you want your children to share if they attend school in the “Show Me” state. But finding a good school in the St. Louis school district can be tricky. In 2007, it was declared a “failed” district because of its deep budget deficit and inability to meet passable standards in attendance, math scores, and language scores. At that point, Missouri’s state government took over the district. A state-appointed Special Administration Board is overseeing public education here until at least June, 2014.

While the St Louis school district has made progress in recent years, a 2013 report found that it is the second-worst performing district in the state, which could put its accreditation in jeopardy. What’s more, teacher turnover is high; historically, one-fourth of St. Louis public school teachers leave after the first year, and that number is on the rise. The district earns a Greatschool’s rating of just 4 out of 10.

But the news isn’t all bad. The city has a number of impressive public schools, including nine elementary schools and two middle schools that rate a Greatschools 10. That’s not all: this river metropolis has a variety of family friendly amentites, including low cost of living, lovely parks, stellar sports teams, and free admission to many attractions, like the St. Louis Zoo — annually praised as one of the best in the nation by Parent’s magazine and Zagat. Plus, if you’re a parent who likes the smell of fermenting hops, you can always tour the Anheuser-Busch brewery.

There are 69 public elementary schools in St. Louis, 38 middle schools, and 21 high schools (not including public charter schools). Finding a school near your home is easy. Your child is guaranteed a spot at your neighborhood school. All you have to do is walk into that school office with your papers in order, and your child can attend.

You can find out more at the St. Louis Public Schools website— but be warned that the website and phone system can be as tough to navigate as the Mississippi River on a moonless night. You can also drop by the district office at 801 North 11th Street, just a few blocks away from America’s Center Convention Complex.

Before you enroll your child at the neighborhood school, do a little research. Talk to other parents and find out more about the school at GreatSchools.org.

If your research tells you that your neighborhood school isn’t a good fit, don’t despair. St Louis offers a host of other education options.

While the majority of St. Louis parents send their kids to their neighborhood elementary school, there are also 27 public magnet schools offering a diverse array of educational choices. St. Louis schools provide specialty curriculum in the arts, STEM, business, culinary, and language arts.

At the Northwest Academy of Law high school, for example, the curriculum has a law enforcement focus. Students at the Collegiate School of Medicine and Bioscience, which opened its doors in 2013, focus on various medical specialties. Kennard/Classical Junior Academy is one of just a handful of elementary schools for gifted students in Missouri; 34 percent of its students are African-American, and it has a GreatSchools Rating of 10. Metro Academic and Classical High School has a rigorous academic focus and a GreatSchools Rating of 9.

Applicants to these schools are chosen by lottery, but some schools have other requirements as well. At Northwest Academy of Law, for example, a short essay is required, and students must have a minimum GPA of 2.8 to qualify.

If your student is interested in attending a magnet school, don’t wait until the last minute! Applications are accepted as early as September, in many cases; final placement is in mid-February. Each year there are only enough slots for one-third of applicants.

Like many St. Louis parents, Susan Allen-Warren wasn’t able to beat these odds when she tried to find a high school for her daughter. “Valerie went to the neighborhood public school,  Flynn Park, for her elementary grades,” says Allen-Warren. “She wanted to go to Metro Academic & Classical High School, but she didn’t get in. Then we applied to Webster Groves High School, a progressive public school, but she didn’t get in there either. So now we have her at Crossroads College Preparatory School a coed private school, and she’s very happy there.”

Charting a path to charters

St. Louis has 21 charter schools, but most of them have unimpressive  ratings. City Garden Montessori School is the highest performing, with a GS rating of 7.

KIPP Inspire Academy is part of the respected national charter organization that opened its St. Louis doors in 2009. It has a GS Rating of 5.

There is no paucity of private schools in St. Louis: a whopping 402 to be exact. If your family is Catholic, St. Louis is educational heaven. The city is 50 percent Catholic because of the large number of French, southern German, Italian, and Irish immigrants. It has one of the strongest dioceses in the United States, enrolling thousands of children — both Catholic and non-Catholic — in its many high-quality parochial schools. St. Louis also has almost twenty Lutheran schools (the northern Germans), an equal number of Christian schools, a handful of Jewish academies, and an Islamic school.

St. Louis also has a number of secular private schools, including the 100-year-old Wilson School, which has an 8 to 1 student-teacher ratio in pre-K–6th grades, and the small, prestigious, Thomas Jefferson School, with its boarding option, formal wear, classical curriculum, and nine-hour days for boys and girls in 7 – 12 grade.

Find out more about private schools in St. Louis.

Some parents — in the quest for an excellent education for their child — decide to leave St. Louis altogether, and move to the suburbs.

St. Louis is a smallish city (population 318,069) surrounded by a teeming greater metropolitan area (population 2,817,355). If you decide to live right outside the St. Louis city limits, there are myriad choices, with University City reigning as perhaps the most popular. Nicknamed “U-City,” it’s praised as a well-integrated cultural hotspot, adjacent to the ivory towers of Washington University.

But before you decide to explore faraway territories of scholasticism, take a careful look at your options. With some luck — not to mention a good lottery draw — your child can find an excellent school in St. Louis.