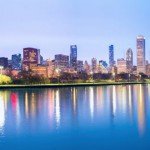 Live in Chicago? We did the homework to help parents make informed choices about the city's schools.

In Chi-town, everything runs a little bit differently — and the school system is no exception. The city’s powerful former mayor convinced the state legislature to turn Chicago Public Schools (CPS) over to him. Now, a CEO presides over the city’s board of education, and all leadership positions are hand-picked by the mayor.

Given the tight, straight-forward control from the top, it’s surprising how sprawling and chaotic the system seems when you’re trying to navigate applications, admissions, and enrollment for your child. It can be maddeningly complex.

Rules change frequently — often yearly. School stats are difficult to interpret, and district websites can be confusing. Parents are left scratching their heads.

But don’t lose hope. As the third largest school district in the country, Chicago offers an amazing array of public and private options. In addition to your neighborhood public school, there are thriving charter schools, regional gifted centers, and competitive selective-enrollment schools. If you opt out of the public system entirely, there are religious and secular private schools. In short, the second city puts choice first.

Finding the school to best serve your child’s needs can be tricky. The best place to start is the Chicago Public Schools website and, of course, the GreatSchools ratings and parent reviews for all schools public and private. Also, check out the city’s magnet and selective-enrollment options, as well as the array of charter schools and private schools. Be forewarned that each has its own application process and deadline.

If you want the inside scoop on the school district’s struggles and strife, check out CPS Obsessed. Written by an engaged mom whose son attends one of Chicago’s regional gifted centers, the blog covers education choices that parents face.

Many parents start their school search close to home. Jacqueline Edelberg, author of How to Walk to School, offers a Chicago-based précis for parents exploring the neighborhood public option. In the book, Edelberg documents her now-famous experience (she was featured on Oprah and blogs about education reform for the Huffington Post) working with other parents to turn one struggling school in Lakeview — Nettelhorst Elementary (GS rating 6) — into an urban model of what a neighborhood school should be with involved parents, attractive buildings, and even a lunch-time salad bar.

“[Parent] engagement makes a great school,” Edelberg says. “When there’s a failing school, either the principal’s a mess or the neighborhood didn’t buy in — and usually it’s both,” she says, but parents can turn it around. For Edelberg, the hard work was well worth it. Her own two kids, ages 10 and 12, attend Nettelhorst, and she says their education is “on a par with any private school.”

Reform through neighborhood involvement is “do-able stuff,” she says. “There’ve been thousands and thousands of people involved in fixing Nettelhorst. Everyone needs their neighborhood school to work.”

Other CPS schools have had similar successes with parent involvement. Take Waters Elementary (GS rating 4) in Chicago’s North-Side Lincoln Square neighborhood. A fine and performing arts-focused school with a diverse student body, the school operates with “magnet cluster” status, which means students living within the neighborhood are guaranteed a spot, while those living elsewhere in the city may gain entrance through a computerized lottery.

Other schools that have been successful following the neighborhood-reform model include Drummond Montessori (GS rating 7), the Pulaski International School (GS rating 4), and Ravenswood Elementary (GS rating 3).

If you’re interested in sending your child to a neighborhood school, you can start the enrollment process using the tried-and-true paper form available on the CPS Web site.

Aside from neighborhood schools, magnets are another appealing choice, though they come with no guarantee of admission. While magnet cluster schools have a spot for neighborhood children, full magnets are completely application based. Almost all of Chicago’s magnet schools have an area of focus, such as math, fine arts, and even agriculture.

Alongside magnets, CPS offers other selective-enrollment schools, including 11 regional gifted centers, which have an academic area of focus, and five ultra-competitive classic elementary schools, such as Skinner North (GS rating 10), which take a well-rounded liberal arts approach to education.

Competition for spaces in these high-performing public schools is fierce. According to an article in the Chicago Tribune, “many neighborhood schools have significantly lower test scores, and parents see the competitive and magnet programs as their only option for a good public education.”

Last year, 31,185 teens applied for just over 3,000 spaces at the city’s most selective magnet high schools. The admissions rate was roughly 10 percent — odds comparable to, in recent years, those for Columbia University’s freshman class.

Adding to the confusion, the district’s rules for gaining admission to these especially desirable schools have changed twice in the last two years, most recently when race was replaced by income as one of the factors used to determine how students are assigned. And the rules will be revised again for the 2011-2012 school year.

Chicago uses what’s known as an “open enrollment policy,” allowing families to apply to a school outside of their neighborhood when space is available. The number of open enrollment spaces varies from school to school. The Chicago Tribune‘s “10 tips for parents in the school-admission game” [link to: ] is a helpful read if you’re interested in any magnet, gifted, or selective-enrollment school.

Of course, there’s always the option of looking outside the public school system. There are almost 400 private schools in Chicago. The vast majority are religious. Private schools are often expensive, but can be an option for families with means — and can be a wonderful solution if the city’s public options don’t meet your child’s needs.