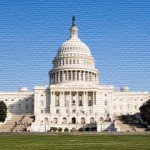 Scoring a primo school in the nation’s capital can seem as daunting as erasing the national debt. Yes, it’s tough, but these insider tricks just might save you.

The pressure’s on! You live in Washington D.C., vortex of power, neural cortex of the nation. Moneycnn.com calls DC “America’s brainiest place to live” because the percentage of college graduates is nearly twice the national average. People around you ponder important ideas all day long. It’s the ideal place to raise your bright children, right? You just need to enroll them in a top-notch school.

Alas, this task can seem as formidable as erasing the national debt. The Capital’s public school district has a mediocre GreatSchools Rating, and the high school graduation rate is an anemic 58 percent. If you think that’s bad, things could get even worse: DC schools are facing massive budget cuts that will eviscerate programs and staff.

That’s not all: school stress for parents starts early in the nation’s capital because DC has universal preschool. (In 2008, the DC Council unanimously passed legislation to make PreK available to all 3 and 4-year olds by 2014, and today it is the most comprehensive PreK program in the U.S.)

“The public preschools feed into elementary schools, which feed into middle schools, and then high schools,” explains DC parent Alden Nouga. “To obtain a good placement, parents start researching schools soon after their child is born.”

Public schools in DC: where location is destiny

Based on their DC address, parents are guaranteed a kindergarten spot for their child at their neighborhood “in-boundary” school. Unfortunately for many parents, the neighborhood school may be less than ideal.

Parents who want their child to go to an “Out-Of-Boundary” school must brave the new My School DC lottery, which includes all DCPS schools and a majority of the district’s charter schools.(In late 2013, the DC Deputy Mayor for Education, in partnership with DC Public Schools (DCPS), the Public Charter School Board (PCSB), and charter Local Education Agencies (LEA’s) launched MySchoolDC.org, a common lottery process. The new process allows DC families to apply DCPS PK3/PK4 programs, DCPS out-of-boundary schools, DCPS specialized high schools, and participating charter schools through one online application.)

To participate in the lottery, parents pick 10-15 schools ranked in order of preference. Families seeking seats at the few charter schools that are not participating in My School DC should apply at each school and participate in individual lotteries. (Remember that If your child attends an elementary school as an out-of boundary student, he’ll qualify for that school’s feeder, or “destination,” middle and high schools, so the quality of these destination schools should be a factor when you’re creating your school wish list.)

The process isn’t for the faint of heart: there’s no guarantee your child will end up with any of the schools on your list. DC’s highest performing schools, like Stoddert Elementary and Eaton Elementary, two PreK-5 schools boasting high GreatSchools Ratings, have the longest waiting lists. A child seeking admission to popular schools like these are likely to be assigned an astronomical number on the waiting list. (As in many cities, DC’s highest performing public schools are located in the city’s most affluent neighborhoods.)

A wealth of charters, a paucity of spots

DC also boasts a thriving charter school movement. Each charter has its own local education agency (LEA), which is a sort of mini school district. There are over 50 LEAs in DC, with many operating multiple schools and performance varying widely. (GreatSchools lists 109 separate DC charter schools). DC charters don’t have to admit every kid, and if there are more applications than seats available, enrollment is determined by lottery, either individually or in conjunction with My School DC. With the advent of the common lottery, dates are consistent. Applications will become available on Dec 16 and are due on Feb 3 for high school applicants and March 3 for PK-8 applicants. Non-participating charter schools and private schools may have varying deadlines.

For a pretty penny, plenty of privates

For families who can afford it, DC has about 300 private schools, including exclusive (and expensive) institutions like Sidwell Friends School, a “Quaker values” K-12 school that President Obama’s daughters attend, and the Maret School, also K-12, which was established more than 100 years ago by three French sisters. Maret, located on 7.5 acres of historic land, emphasizes diversity in its curriculum: 40 percent of students and 31 percent of teachers are non-white. Our Lady of Victory, a Catholic K-8 school, was recently named a Blue Ribbon School of Excellence.

Applying to private school is typically time-consuming and usually requires recommendations, transcripts, interviews, mandatory school visits, tests, and scholarship applications. To make the process a little easier, many private schools accept common recommendation forms if your child is applying to more than one school. You can download the forms at Independent Education, an association of independent schools.

Private school admission schedules vary, but most applications are due in December or January, and acceptances are rolling. To learn more about DC private schools, check out individual school websites; Independent Education and the Association of Independent Maryland and DC schools are also good resources. To find out more about Catholic schools in the DC area, go to the Archdiocese of DC website.

How to land the right school equation: lots of luck + perseverance

“I ranked my top six choices for traditional DCPS schools,” Nouga explains. “Plus, I applied to about 10 charters. We got into a nearby traditional school that was our number two lottery choice. But then, two weeks later, we got into two charters, Inspired Teaching and Two Rivers. Two Rivers is the one that we are going to go to.”

Sounds simple enough, right? Not so fast. Alden was aided by an enormous amount of luck, as she freely admits: “There were 32 spots available at Two Rivers, but 20 were taken by sibling preference. So, out of 1,800 applicants, we got one of the 12 open spots for new families. My baby got in! It felt like winning the lottery — for my second daughter, too, who is only a month old, because she’ll get into Two Rivers too, because of sibling preference.”

Sibling preference is a crucial factor at many of the most desirable schools. E.W. Stokes offers language immersion in either French or Spanish, but it had no openings for the 2013-2014 seasons, Nouga reports, because “all the spots there got gobbled up by siblings.”

But Nouga’s not complaining, because she knows many families who didn’t get any of the schools on their list. Some of these disappointed families plan to send their children to private preschool and try again for a kindergarten spot in a public school the following year. Those with kids who are on the younger side plan to hold them back a year, and try again.

Abandoning all hope is another choice, Nouga acknowledges: “Some of my friends are considering leaving DC and moving to Virginia and Maryland.”

Many DC parents find the school search process too tricky to tackle on their own. Nouga, for one, was “coached” through the DC application process by a professional school placement advisor, E. V. Downey of Downey School Consulting. In a recent interview, Downey offered tips for finding your ideal school:

The last tip worked wonders for Rachel Papantonakis, GreatSchools’ development coordinator. “My daughter got into one of the traditional [public] schools and six of the 15 charters we applied to, “says Papantonakis. “We enrolled her at one of the charters and it was fine, but not great. I emailed the principal of our number-one choice, and told him I really wanted our daughter to go there. Two days into the school year, we got a call from the principal saying there was an opening. We jumped on it and we’ve been happy ever since.”

To help in her search, Papantonakis talked to other parents, consulted GreatSchools and FOCUS, a charter school advocacy group, spent time on each school’s website, and attended many open houses. For a parents’ perspective, the website DC Urban Moms and Dads offers information and a forum where parents can compare notes, get support, and grouse if they need to.

Learn more about education in the nation’s capital: Amanda Ripley, author of the bestselling book, The Smartest Kids in the World, shares her personal story of how she chose a school in DC.