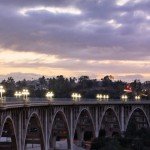 Looking for a school in Pasadena? We’ll give you the inside scoop on how to find the right one for your child.

Best kept secret or utter disaster? Pasadena parents say both about the Southern California public school system known for its enclaves of craftsman homes, expansive lawns, and leafy streets. Home of the Rose Parade, Cal Tech, and Norton Simon Museum, Pasadena has all the ingredients for a world-class school system. Nonetheless, many Pasadena residents say that the city’s school system deteriorated under the pressures of busing (and the white flight that followed) in the 1970s — and never recovered.

But Pasadena’s public education climate appears to be brightening. Even as enrollment in the district dropped 16 percent since 2000, overall test scores increased by over 100 points between 2003 and 2013. Eight schools in the district scored at or above 800 on the Academic Performance Index (API), the state’s standardized measure of academic progress (1000 is the top possible score).

PEN Program Director Susan Schwartz is enthusiastic about new school district initiatives, pointing to recent professional development and coaching programs for teachers, as well as efforts to create a consistent curriculum and approach to instruction across all schools.

“I think these efforts have really made a difference,” said Schwartz, the mother of seventh and twelfth grade girls. “There’s now more of a drive to share best practices.”

The district is also offering new programs that are attracting families who once would have considered only private school. Field Elementary has a Mandarin Chinese language immersion program.

Larry O’Brien, one of PEN’s founding members, has a kindergartener, a third grader, and a fifth grader, all of whom attend Willard Elementary School, which offers an International Baccalaureate (IB) program.

“It’s much more project-based and student-driven,” O’Brien said about the IB curriculum. “I’ve been very impressed with the teachers. They’re constantly meeting to evaluate their strategies for delivering the curriculum and meeting IB requirements.”

Sixty-six percent of Willard students receive free or reduced lunch, which is one measure of poverty. Yet the school scored 859 on the 2013 API, putting it in the state’s top tier of schools with similar demographics, and in the top 80 percent of schools in the state overall. O’Brien attributes the high scores to the IB program. “But for a few of the private schools in Pasadena, I can’t see my kid getting a better education than at Willard,” he said.

Pasadena also has three “permit-only” schools: Don Benito Fundamental School, Norma Coombs Alternative School, and Marshall Fundamental Secondary School, which includes grades 6-12. At permit-only schools, families must turn in separate applications (some seats are set aside for children living near the school). Normal Coombs has a progressive approach to education and Don Benito and Marshall share a back-to-fundamentals philosophy.

But not everybody’s happy…

Some Pasadena parents complain that the district’s new programs are plagued by familiar problems.

Mary Donoghue, the mother of two children in the Mandarin immersion program at Field Elementary, says the program needs more funding and better district oversight. Parents have had to battle for supplies, engaging curriculum to meet their children’s needs, and even for communication from the district, according to Donoghue, who says that regular academics at the school do not compare to those at private schools in Pasadena. “In private schools, the student workload is a year ahead of public,” says Donoghue, whose children attended a six-week summer academic session at a local private school.

Some Pasadena parents send their children to private schools starting in kindergarten, so they won’t have to worry about middle school. “You’re paying for the insurance that your kid will be academically ready and will most likely have a slot in the upper grades,” said one parent, who didn’t want to be named.

Dmitri Kossakovski moved with his family from Pasadena to South Pasadena in 2000, when his son was ready for first grade. Kossakovski wanted his children to go to public school, but was dissuaded from sending them to school in Pasadena by friends with children there. Kossakovski is happy with his decision. “We really like the fact that our kids are going to public schools and there are people from different walks of life, different income levels,” he said.

Still, many Pasadena families are satisfied with the city’s schools. Kurt Rahn, who was born and raised in Pasadena, attended the prestigious Polytechnic School, a private school known for its academic quality. He compares his own experience to that of his son, who just graduated from Pasadena High School (PHS) — a public high school. “I can see he really got a great education at PHS,” Rahn said.

To find out more about Pasadena public schools, visit PEN’s website, which is chock full of resources, including a list of qualities to look for when evaluating schools, easy school comparison reports, and a list of parent ambassadors who will talk to you about their schools. During the enrollment season, PEN holds information sessions to walk parents through the process. You can also sign up for PEN’s weekly e-bulletin with updates on school tours, enrollment deadlines, informational programs, and more.

If you are registering your child for the first time, you must bring your child’s original birth certificate, most recent immunization record, transcripts from the child’s previous school (if applicable), and — if your child has one — an Individualized Education Program (IEP). You must also prove your residency with two different types of documents: a recent utility bill in your name; and a deed of trust, mortgage payment receipt, rental agreement, property tax bill, or closing escrow papers.

Parents who don’t want their child to attend their neighborhood school must apply through Open Enrollment, which begins in January. The application  allows you to list five schools in order of preference, and must be completed online.

Parents who want to enroll their child at a dual language or permit-only school also participate in the open enrollment process, and list those schools on their application. Thirty-five percent of the seats at dual language and permit-only schools are saved for students who live within defined zones around these schools, and the rest are open to open enrollment applicants.

Based on her family’s experience and her work with PEN, Program Director Susan Schwartz says that most families ultimately get the school they want through open enrollment.

Pasadena has a strong private school tradition, according to James McManus, executive director of the California Association of Independent Schools, who told the Pasadena Sun that nearly 30 percent of Pasadena children attend private schools – about triple the statewide average. “It is an unusually high concentration of independent and private schools compared to most other parts of the country,” he says.

There are many private schools but demand is also high, so competition for slots is fierce, but parents have a rich variety of schools to choose from. At competitive Chandler School, a K-8 school that resembles an East Coast prep school, students are required to wear uniforms and the principal wears a coat and tie every day. Progressive Sequoyah School is project-based, as is The Waverly School, which has separate elementary, middle, and high school campuses located within a block of each other, and its own organic farm.

At 100-year- old Westridge School, which spans grades 4-12, the all-girl student body enjoys wooded grounds and spotless, state-of-the-art facilities one would expect to find on a college campus. The Pasadena Waldorf School, which recently added a high school, is set on 3.5 acres of land in a quiet corner of the city. There are a number of religion-based schools as well, including Pasadena Christian School, a K-8 school, and La Salle Catholic High School.

Pasadena has just a few charter schools, including Learning Works, a  7–12th grade school devoted to serving at risk-kids. Learning Works doesn’t just talk about lowering drop-out rates — it walks the talk, sending out mentors (former drop-outs known as “chasers”), who seek out kids at home and on the streets and encourage them to go back to school.

Pasadena’s Board of Education is pushing several of the city’s charter schools, including Pasadena Rosebud Academy and Aveson Global Leadership Academy, to diversify their student bodies to include more low-income students and English Language Learners.

For more information on public, private, and charter schools in Pasadena, go to GreatSchools.org.