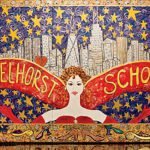 How a Chicago mother propelled a turnaround for her neighborhood school — from mediocre to marvelous.

It was as if Jacqueline Edelberg was planning to send her 4-year-old to Iraq.

But no, the Chicago mother simply announced that she was thinking of sending her daughter, Maya, to Nettelhorst Elementary, a run-down and, by almost every measure, failing public school just two blocks away. The response from friends and family was shock. How could she risk her child’s education like that? “When you mention your plans and your friends’ faces turn ashen, or your family is horrified — this can’t help but give you pause,” she says. “When it comes to education, no one wants to sell their own kids out.”

Even so, Edelberg was determined to give her local school a try. Her eclectic, largely gay, middle-class neighborhood has what Edelberg calls a “gritty, fun, urban, electric vibe.” It was attracting young families, but not because of the schools. Nettelhorst wasn’t dirty or dangerous, but it was dilapidated — the playground equipment dated from the 1950s, with shabby play structures and chain-link swings — and it had a bad reputation. One teacher was the subject of a restraining order for hitting kids. And year after year the school failed to raise test scores: Some 70 percent of kids were performing below grade level.

But unlike so many parents who flee when faced with disappointing public schools, Edelberg took the maverick’s route. Her thinking: If parents like me don’t commit to their neighborhood school, it’s never going to get better. To see exactly what she was getting into, Edelberg visited the school for a glimpse behind the somber façade.

It wasn’t a great first impression. The walls were dingy, the roof falling in. Everywhere she looked, there were signs with warnings about lice, loitering, and drug use. Still, Edelberg saw potential in the high ceilings and large windows. “The building had great bones,” Edelberg says. “It looked like a school, and it smelled like a school. I remember thinking, ‘There’s a lot here to work with.’ ”

When she met Susan Kurland, the principal at the time, she got a question she wasn’t expecting: What would it take to entice Edelberg to send her child to Nettelhorst? Edelberg and another parent returned the following day with their wish list: a bright, welcoming environment, new playground equipment, and a rich after-school program, among other things. “We were so green,” Edelberg recalls. “It was the kind of list you’d come up with if you imagined the perfect school served to you on a plate.”

Without missing a beat, Kurland responded, OK, let’s get to work.

Edelberg and a small group of parents began proselytizing to the larger community to enroll their children and help transform the school. Using GreatSchools’ recommendations of what to look for in a public school  as a guide (Full disclosure: We didn’t know about this when we decided to profile Edelberg.), they worked with Kurland to decide which school improvement projects to tackle first. The list recommends that parents check out the school bathrooms, for example. “We realized that bathrooms are something parents care about, so we needed to make the bathrooms sparkly and fun.”

But such changes cost money, and at the time there was no support or enthusiasm for Nettelhorst. “No one wants to give money to help a failing public school,” Edelberg says.

So they scrounged for what they needed. They became expert dumpster divers. “We picked up chairs, tables, whatever people were throwing out,” Edelberg says. “We begged and borrowed. We’d ask the hardware store for a couple of cans of paint. We’d ask volunteers to paint a single classroom. We made friends with people who do the window displays at stores, and they’d offer us materials when they were done with them.” It was an uphill battle, but it worked. “When you need everything, everything you get is perfect,” she says.

Revamping the school’s reputation turned out to be the hardest part. “The big things were easy to fix, like making the building beautiful,” says Edelberg. “But fixing perceptions of Nettelhorst — that took 70 percent of our efforts, at least. You can’t put a shingle out that says, ‘Nettelhorst: It’s much better than you think.’ ”

But Edelberg had one enormous advantage: parents’ sheer desperation. There were few good public options in Chicago. The city has a handful of excellent magnet schools, but they are in such high demand that the odds of getting selected through the lottery are slim. (Edelberg quips that parents have a better chance of getting their high school senior into Harvard). Besides, the magnet schools are a long bus or car ride away from Edelberg’s neighborhood. And for Edelberg and her posse of renegade parents, private school was financially out of the question.

But nine months after their first makeover meeting, they held an open house for the new-and-improved Nettelhorst and 78 families enrolled. “When it was over, my entire team cried — we just couldn’t believe it,” Edelberg recalls. “We knew once we had that small critical mass, more families would come, too. That’s when I began to have faith.” 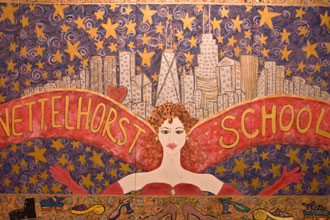 Today, Edelberg’s daughter, Maya, and son, Zack, are in sixth and fourth grade, respectively, and Nettelhorst is a thriving neighborhood school. No longer dilapidated, it’s bursting with color (walls adorned with murals and mosaics by local artists) and energy (weekend farmers’ markets on the school grounds). Neighborhood families clamor to send their children to Nettelhorst.

A model of school reform, the school receives corporate donations and funds from foundations and Chicago sports teams, as well as in-kind support from artists, local chefs, and designers. And Edelberg has become a school-reform celebrity of sorts: She’s appeared on Oprah, her blog runs regularly on the Huffington Post, and her book, How to Walk to School features enthusiastic blurbs by Education Secretary Arne Duncan and Chicago Mayor (and former White House Chief of Staff) Rahm Emanuel.

Is there a school makeover in your future?

When it comes to parent power, Jacqueline Edelberg may seem like an intimidating act to follow. But every step of the way, Edelberg had doubts. “Sometimes it all seemed like a house of cards. I’d wake up at night and … wonder, ‘How are we going to pull this off?’ ”

In retrospect, she thinks it came down to a few key ingredients: Buy-in from the school principal and from the neighborhood — not just parents, but the community at large. Edelberg’s team invited local groups and cultural organizations to offer afterschool classes and workshops, including dance, sports, martial arts, and jewelry making. They encouraged creativity — never micromanaging. When artists offered to help decorate the school, she recalls, “We’d tell them, ‘No phallic or religious images. Beyond that, you can do what you want.’ ” 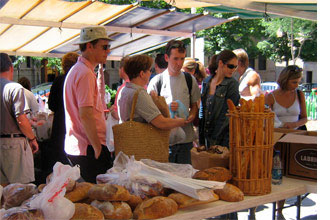 They created community spaces within the school, like the kitchen, where parents gather and teachers eat lunch. Besides the weekly farmers’ market, the school hosts many neighborhood events — from film screenings to pick-up softball games.

“Nettelhorst has become the heartbeat of the community,” Edelberg says. “We’re trying to get back to the notion that public schools belong to the public — that idea has been lost.”

Despite its many successes, Nettelhorst still has its struggles. While test scores have improved since the turnaround, they fluctuate greatly from year to year.

Critics have also attributed the Nettelhorst turnaround to yuppification, arguing that children who used to be bused to Nettelhorst from poorer neighborhoods have been edged out. Edelberg counters that children were bused in because no one in the area wanted to go there; now that neighborhood children are flocking to the school, there is little extra space. Indeed, Nettelhorst’s student body remains fairly diverse — it is 59 percent white, 11 percent black, 17 percent Latino, and 7 percent Asian, with nearly one-third of students qualifying for free or reduced lunch and more than 20 languages spoken.

Edelberg is too busy spreading the word to worry much about Nettelhorst’s critics. She still gives tours to prospective parents. She also travels nationwide to consult with parent and school groups, convinced that Nettelhorst’s turnaround can be a blueprint for transforming other struggling schools.

“Every parent wants their child to go to a decent school,” she says. “But people think there’s nothing they can do unless they’re Geoffrey Canada or Mark Zuckerberg. I want them to know this isn’t true.”